It's no longer about people, it's about a number. It's about the number of refugees who come to Germany, not about the refugees themselves. The most recent number is 223,000: That's how many asylum applications were submitted last year, a far cry from the 746,000 applications received in 2016. The new number is rather convenient for Angela Merkel in that it is extremely close to the upper limit of 220,000 that has found its way into the German chancellor's preliminary coalition outline agreed to by Merkel's conservatives and the center-left Social Democrats (SPD).

This number is the expression of a political policy that has never been clearly verbalized and never been adequately explained. It is the expression of an about-face on refugee policy, away from open borders and toward harsh rejection. Late in the summer of 2015, Merkel said that if Germany cannot show "a friendly face" in an emergency, "then it is not my county." She kept the borders open to the incoming refugees, and much of the world was inspired by her humanitarian approach.

Now, however, Germany is presenting a much less friendly face to the world. And the German chancellor has no country anymore. But that doesn't seem to be bothering her. Indeed, her views would seem to have completely changed.

In 2016, Merkel engineered a deal with Turkey on behalf of the European Union which essentially shut down the refugee route across the Aegean Sea from Turkey to Greece. She also agreed to demands from the conservative Christian Social Union (CSU), the Bavarian sister party to her own Christian Democrats (CDU), that an annual upper limit be established, though it isn't allowed to be called an "upper limit." In the future, there is also to be a 1,000-per-month upper limit applied to family reunifications for most refugees. That is too low.

The CDU and CSU are fond of emphasizing family values, yet they have joined forces to limit family reunification -- even though it should be clear to everyone that men have the best chances at integration if they live here together with their families. But none of that matters anymore. The parties only care that the number is low. And SPD leaders are going along without complaint. That, too, is a disappointment.

It is, of course, impossible for the country to take in 750,000 asylum-seekers year after year without overburdening German society. But why was the CSU allowed to determine the upper limit? Why has the German chancellor opted for silence on this issue? There was once a time when she was considered the climate chancellor, before quietly turning away from climate policies that had already been agreed upon. Because they were no longer politically convenient.

That's her style -- and it has been an impertinence for quite some time. Liberal democracy, after all, is primarily characterized by the fact that people talk to each other. And this time around, it's not just an impertinence. It shows serious contempt for many German citizens.

It wasn't just politicians who sustained the refugee policies pursued by the country in 2015. Many, many German citizens rolled up their sleeves as well. They helped the state, which wasn't well prepared at all, they welcomed the arriving refugees, supporting them and sometimes even bringing them into their own homes. They contributed actively, and many continue doing so today by helping refugees integrate into this society. They are the the friendly face of Germany.

The article you are reading originally appeared in German in issue 4/2018 (January 20th, 2018) of DER SPIEGEL.

Merkel is currently building the country they would like to see and is pursuing policies consistent with their view of the situation. Of course, there were and still are enormous problems with the refugees. But there is also a hysterical view of the situation that has little to do with reality. The sexual assaults that took place in Cologne on new year's eve 2015 were horrifying, but the years since have shown that it is possible to get such problems under control. Every rape is one too many, but reporting by DER SPIEGEL has shown that there is a significant amount of inaccurate information on the issue being disseminated in an attempt to defame refugees.

Liberal elements of society expect an open debate. Merkel should long ago have held a speech explaining at length why she so dramatically changed course. Had she done so, some might have understood her arguments and opted to support her new policy. Others would at least have been able to say: The chancellor is taking us seriously. And perhaps the debate following the speech would have produced a different number. For the moment, though, it's hard not to feel insulted by this ludicrous tiptoeing around the term "upper limit." It's like kindergarten.

The refusal to engage in an important discussion is characteristic of monarchies, not democracies. Simply ignoring previous promises reveals a rather imperious bearing -- the arrogance of power. It is something that is almost unavoidable to those who have been in office for too long. 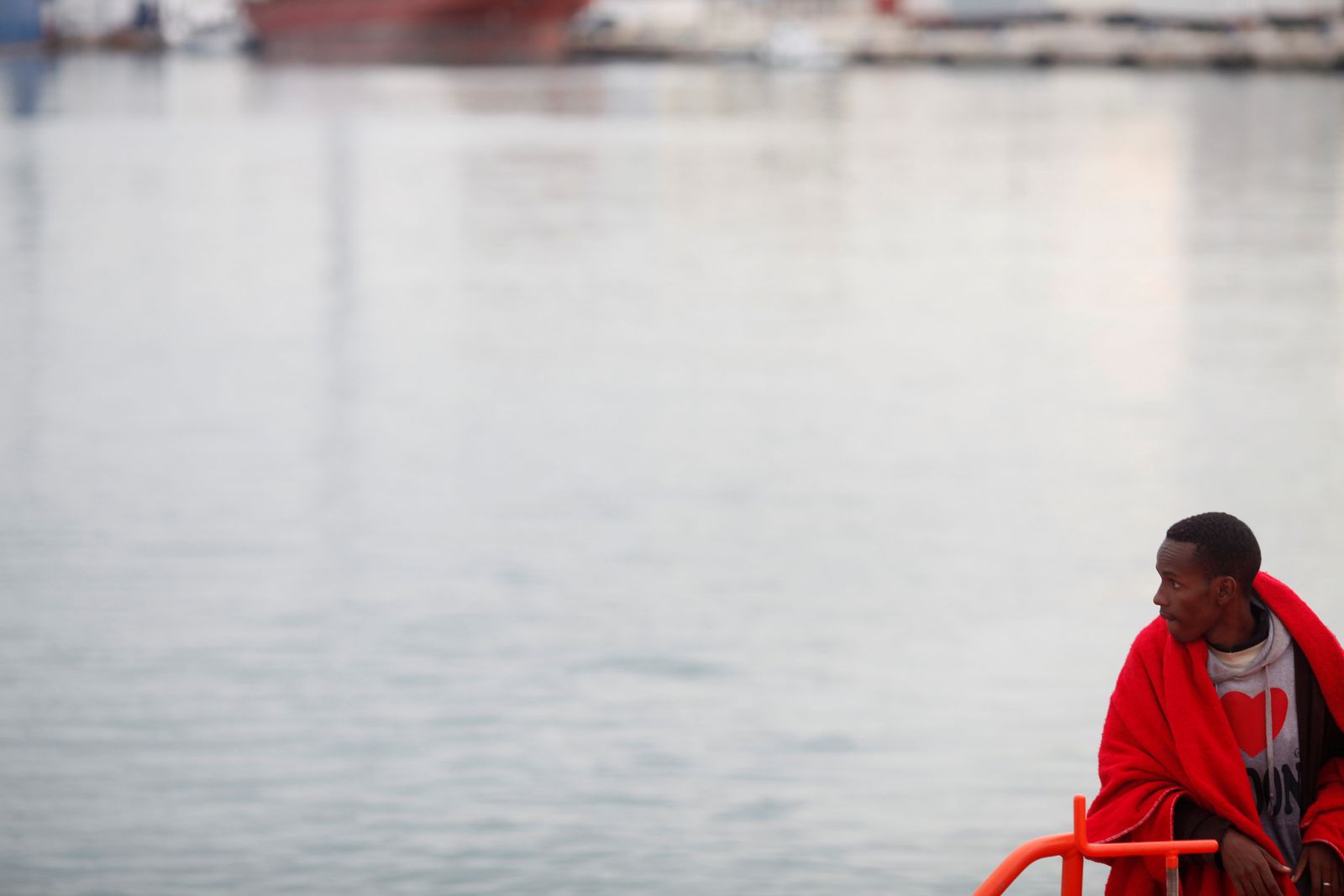 A migrant after arriving in Malaga