There was only one winner in Sunday's state elections in Baden-Württemberg and Rhineland-Palatinate: the Green Party. The environmentalists managed to raise hopes among German voters of a new kind of politics. Now, however, they have to deliver.

It won't be easy. When it comes to Stuttgart 21, the massive train-station and redevelopment project in the state capital, cancellation will eliminate jobs and major infrastructure investments -- no matter how many voters want to see it go. On nuclear policy, the shutting down of two reactors in the state will eliminate significant amounts of tax revenue. Such changes are sure to rock Germany far beyond the borders of the southwestern German state.

Nevertheless, the election outcome shows that the Greens have something the other parties can only dream of at the moment: a clear profile. They have credibility -- and they embody a vision.

The Greens, of course, are not the only party celebrating the results of Sunday's votes. The center-left Social Democrats are also in a festive mood. But it's not obvious why. In Rhineland-Palatinate, the SPD only barely managed to cling to power, with Governor Kurt Beck losing 10 percentage points relative to elections five years ago -- with most of those votes migrating to the Greens. In Baden-Württemberg, the SPD will play second-fiddle to the Greens in the state's new governing coalition.

Indeed, even as Chancellor Angela Merkel's government in Berlin -- which pairs her conservatives with the business friendly Free Democratic Party (FDP) -- stumble from one crisis to the next, the SPD has failed to gain traction. Only the Greens have benefitted.

It is tempting, of course, to predict Merkel's downfall in the wake of the CDU-FDP disaster in Baden-Württemberg. But that would surely be a mistake. Surely, she has made mistakes. She ushered former governor Günter Oettinger (CDU) off to Brussels to become Germany's member of the European Commission. Then an overtaxed Stefan Mappus became her party's governor in the state.

Merkel's zig-zag course on nuclear and foreign policy didn't help either, with her move to shut down atomic reactors, the United Nations Security Council abstention on the no-fly zone in Libya, and the expensive euro rescue package making even some of her most ardent supporters sick to their stomachs. Her government in Berlin also has little to show for itself after a year and a half in office aside from bickering and division. The list goes on.

No One Left for a Party Putsch

Even worse, the next two years -- before 2013 general elections -- are likely to be painful. Merkel's coalition has long since lost control of Germany's upper legislative chamber, the Bundesrat, meaning the SPD and Greens can block legislation at will. And frustration on the center right, in both Merkel's CDU and in the Free Democrats, is likely to bubble up in the form of bitter debates over political direction. With CDU election losses mounting, Merkel lacks the political strength, never mind the personal charisma, necessary to contain such disputes. Resentment towards the chancellor is growing, particularly in the conservative wing of her party.

Nevertheless, Merkel isn't going anywhere. After all, she has been preparing for such a difficult period for some time.

There is no one left in the CDU who could step up to challenge Merkel. Every potential rival has either fallen on his own sword or been pushed to the margins by the chancellor and CDU party boss. Former CDU parliamentary leader Friedrich Merz, former Hesse governor Roland Koch and current German President Christian Wulff are all on the political sidelines. More recently, Karl-Theodor zu Guttenberg, a name often tapped as a possible future successor to Merkel, resigned from her cabinet after admitting he had plagiarized his doctoral thesis.

No one is left to conduct a party putsch. The CDU is stuck with Merkel until the next election. She's the best they've got.

And who is to say she won't win a third term in 2013. Merkel is a master in the art of political survival, and she surely can see the writing on the wall. Merkel's party has flirted with the possibility of working with the Greens at the national level and even governed together in the city-state of Hamburg from 2008 until November, when the coalition collapsed spectacularly. She could begin laying the groundwork for such a coalition soon. Her temporary shutdown of Germany's seven oldest nuclear reactors expires in three months time. An extension, or even a permanent elimination of those seven plants, would be a powerful move toward a partnership with the Greens.

And a move towards political emancipation from the FDP. Chancellor Merkel's popularity ratings, though they have taken a recent hit, remain high. Her current coalition partners, by contrast, are in a hopeless mess. Not only did the FDP, led by Foreign Minister Guido Westerwelle, suffer through catastrophic results in both states on Sunday, the party is also likely headed toward a leadership shake-up.

Westerwelle has become a millstone around the neck of both Merkel and his own party. He is damaging to the coalition and harmful to German foreign policy, as evidenced most recently in his disastrous handling of the no-fly zone resolution.

The only way out would be a fundamental revitalization of the FDP. And as German voters made clear on Sunday, that may no longer be possible. 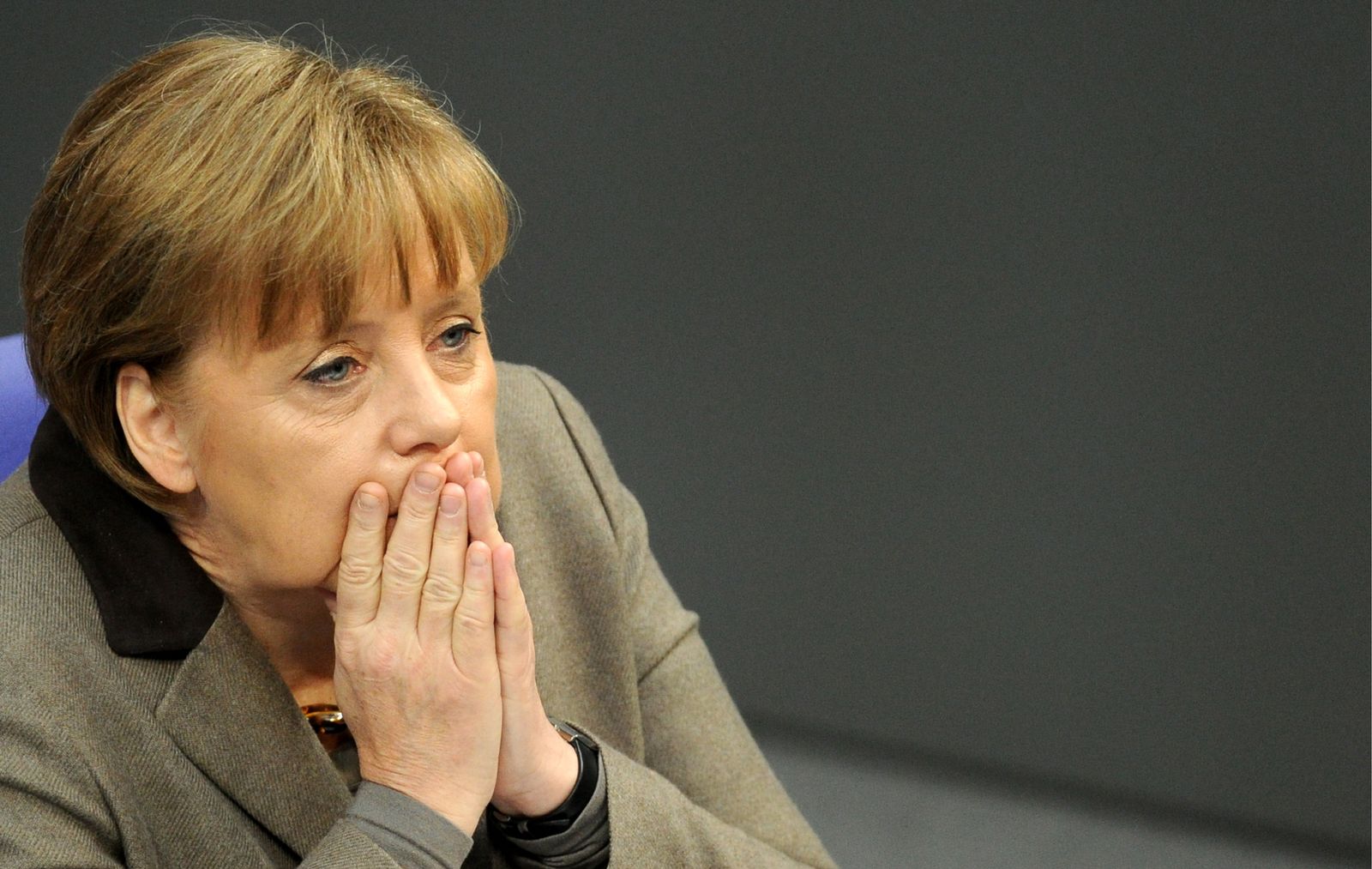 Angela Merkel called the Japanese earthquake, tsunami and nuclear disaster a "turning point." The catastrophe also marks a shift for the German chancellor -- into a tougher political situation.