A senior member of Germany's Pirate Party has caused outrage by likening its recent success in regional elections to the surge in popularity of Hitler's Nazi party before it seized power in 1933.

Martin Delius, parliamentary floor leader of the Pirates in the Berlin city parliament, told SPIEGEL: "The rise of the Pirate Party is as fast as that of the NSDAP between 1928 and 1933." NSDAP refers to the Nationalsozialistische Deutsche Arbeiterpartei, the Nazi party.

The comment, published on Monday in the latest edition of SPIEGEL, provoked angry reactions from across the political spectrum.

The parliamentary group manager of the opposition center-left Social Democrats, Thomas Oppermann, said: "This historical comparison is tasteless and inappropriate." The leader of the opposition Greens, Claudia Roth, told the daily Die Welt that the remark was an "outrageous transgression" that couldn't be excused by the party's lack of experience.

The Pirate Party has shaken Germany's political establishment with its strong showing in the election in the city-state of Berlin last September and in the state of Saarland last month, where they came from nowhere to win 8.9 percent and 7.4 percent respectively.

An opinion poll conducted by the Emnid institute published in Bild am Sonntag newspaper on Sunday gave the Pirates 12 percent, making them the fourth-strongest political force in Germany after the Greens, the SPD and the ruling conservatives. The party is also expected to do well in two further elections next month, in Schleswig-Holstein on May 6 and North Rhine-Westphalia on May 13.

Rival parties have accused the Pirate Party of lacking a coherent stance on many key issues. It appeals to the Internet generation and protest voters disenchanted with politics. But its strong emphasis on free speech and its easy rules on membership have attracted some radicals and right-wing extremists, and several of its members have been outed as former far-right sympathizers in recent months. The comment by Delius has undermined attempts by the party to deflect those accusations.

Ruprecht Polenz, a lawmaker with Chancellor Angela Merkel's conservative Christian Democratic Union party, told Die Welt it was high time the party set parameters for its members. "The Pirates have to some extent shunned drawing this line against right-wing extremists," he said.

Delius responded to the controversy by withdrawing his candidacy for a position on the party's national board. He told SPIEGEL ONLINE on Sunday that it was absurd to accuse him of having any far-right sympathies, and he apologized for the remark in his blog. "The two parties aren't comparable! We have no structural, policy or historical similarities. And I never wanted to indicate that," wrote Delius. He plans keep his post in the Berlin city parliament.

The Berlin politician is the second in his party to make a controversial comment involving Nazis in recent days. Hartmut Semken, the regional party leader for the city-state of Berlin, last week argued strongly against expelling members who espouse far-right views. He argued that the last party that had enjoyed "huge success" with the persecution of people was the Nazi party, Semken also apologized.

The comments have left the impression that leading members of the party are inept in their choice of words.

The Pirates deliberately make it easy for people to join and to assume party positions, of which there are plenty available in the fast-growing party. This openness enabled a former member of the far-right National Democratic Party to become a top party official in the eastern state of Mecklenburg Western-Pomerania.

An attempt to expel a member who made controversial comments about the Holocaust failed, and two local officials commented in an online debate that conservative parties were more dangerous than neo-Nazis.

Nevertheless, not even the fiercest critics of the Pirates accuse them of being right-wing populists. The Pirates' manifesto and statute contains clear positions against racism, and it has working groups against xenophobia and neo-Nazis. But the party has so far failed to allay suspicions that it could be infilitrated by right-wing extremists and radicals.

The established parties have been seizing on the confusion to score points. "The Pirates must make clear that their right-wing extremist controversies don't create the impression that thery are fishing for far-right protest votes," Justice Minister Sabine Leutheusser-Schnarrenberger of the pro-business Free Democratic Party told SPIEGEL ONLINE. 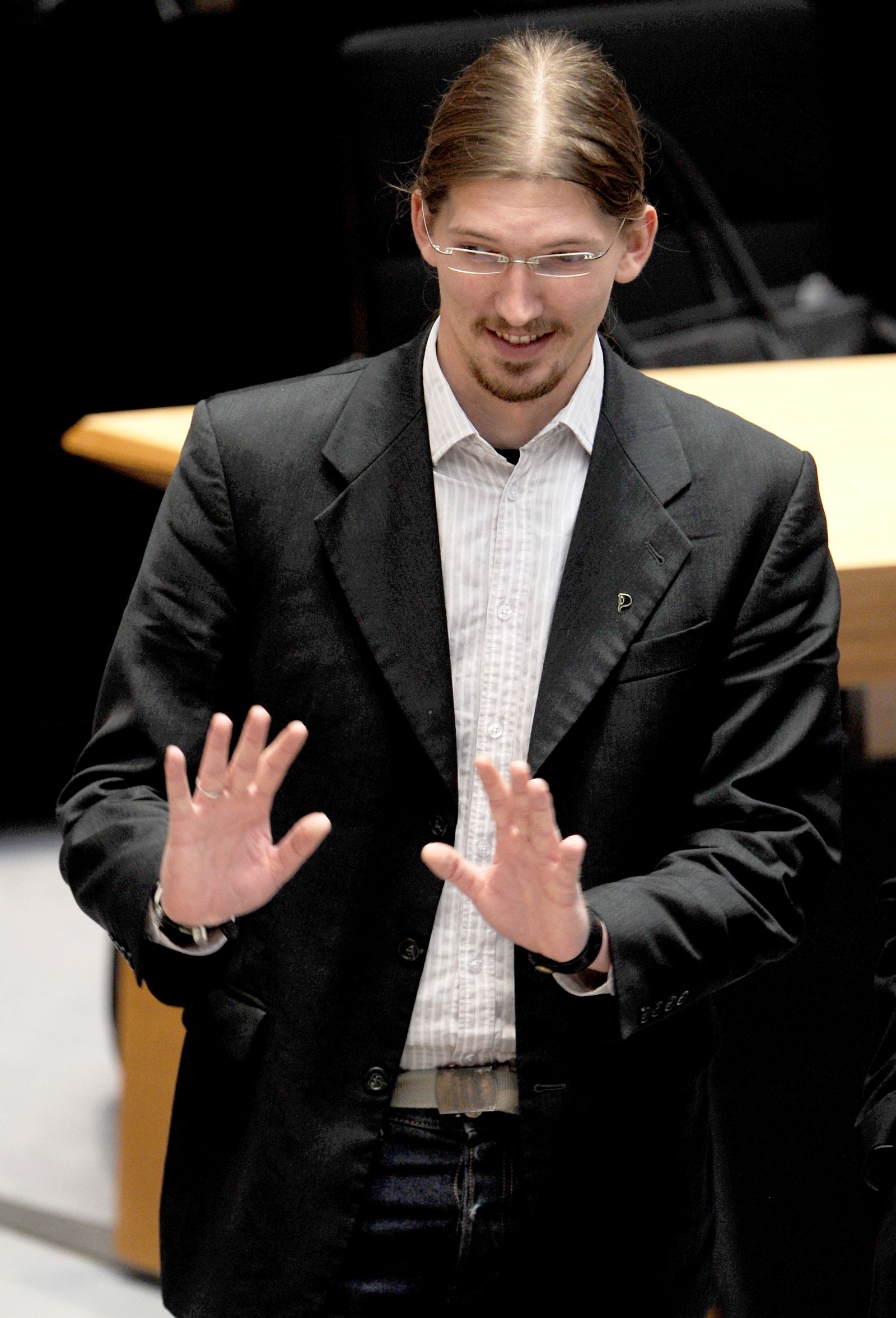 Martin Delius, a leading member of the Pirate Party, has apologized for his remark.