Justice authorities in western Germany are facing a barrage of criticism after a convicted rapist and murderer killed his girlfriend during a conjugal visit at a prison on Sunday.

Klaus-Dieter H., 50, who had been in jail for 19 years for raping and beating to death a nine-year-old girl, had been regularly allowed to have unsupervised meetings in jail with a 46-year-old single mother he had got to know five years ago. She had written him letters in the jail in Remscheid, in the state of North Rhine-Westphalia, and they had fallen in love.

Soon after they met, they applied for permission to have conjugal visits in what prisoners called the "love cell," and received permission. "The two wanted to stay together after his release, that's why we allowed the visits without supervision -- so that the relationship would have a chance," prison director Katja Grafweg told a news conference.

The woman visited Klaus-Dieter H. shortly after 9 a.m. on Sunday morning. As usual, they were permitted to spend six hours together without supervision. When prison guards unlocked the cell after the time was up, a horrific scene awaited them: The woman was lying dead on the floor, half-naked, with a fractured skull, four stab wounds in the chest and strangulation marks on her neck.

'We Didn't Think He Was Capable of That'

Klaus-Dieter H. was lying on the sofa with slashed wrists, but was taken to hospital and survived after undergoing emergency surgery. "We definitely didn't think he was capable of that," said Grafweg.

A broken steak knife, a fillet knife and a nut wrench were found by the woman's side. Prisoners' visitors are allowed to bring bags into the "love cell." Those bags are not routinely checked, police said.

Klaus-Dieter H. had been up for a parole hearing to determine whether he should be released next year. Bild newspaper reported that the woman had told him during their meeting that she was splitting up with him.

This is the third incidence of apparent security problems at a prison in North Rhine-Westphalia in recent years, and the state's justice minister, Roswitha Müller-Piepenkötter, is facing opposition calls to resign. Last November, two criminals escaped from a prison in the western city of Aachenwith relative ease, sparking a nationwide debate about security standards in jail.

Four years before, three prisoners in a jail in Siegburg, near Bonn, tortured and killed a fellow inmate.

Müller-Piepenkötter, whose conservative Christian Democratic Union party is campaigning to remain in power in a key state election on May 9, expressed her condolences to the relatives of the murdered woman. "It is especially tragic that a woman who wanted to give a prisoner affection and support was killed by him," she said.

The minister has been called to testify on the incident before a committee of the state parliament on Wednesday.

A leading member of the opposition center-left Social Democrats, Ralf Jäger, said Müller-Piepenkötter would have to answer a number of questions about the incident. "I ask myself how such a horrific deed can happen unnoticed in a jail in North Rhine-Westphalia," he said in a statement. "Where were the prison guards? Why did no one come to the aid of the victim? Was there no panic button in the visiting room, and what about the victim's cries for help that should have been heard?" 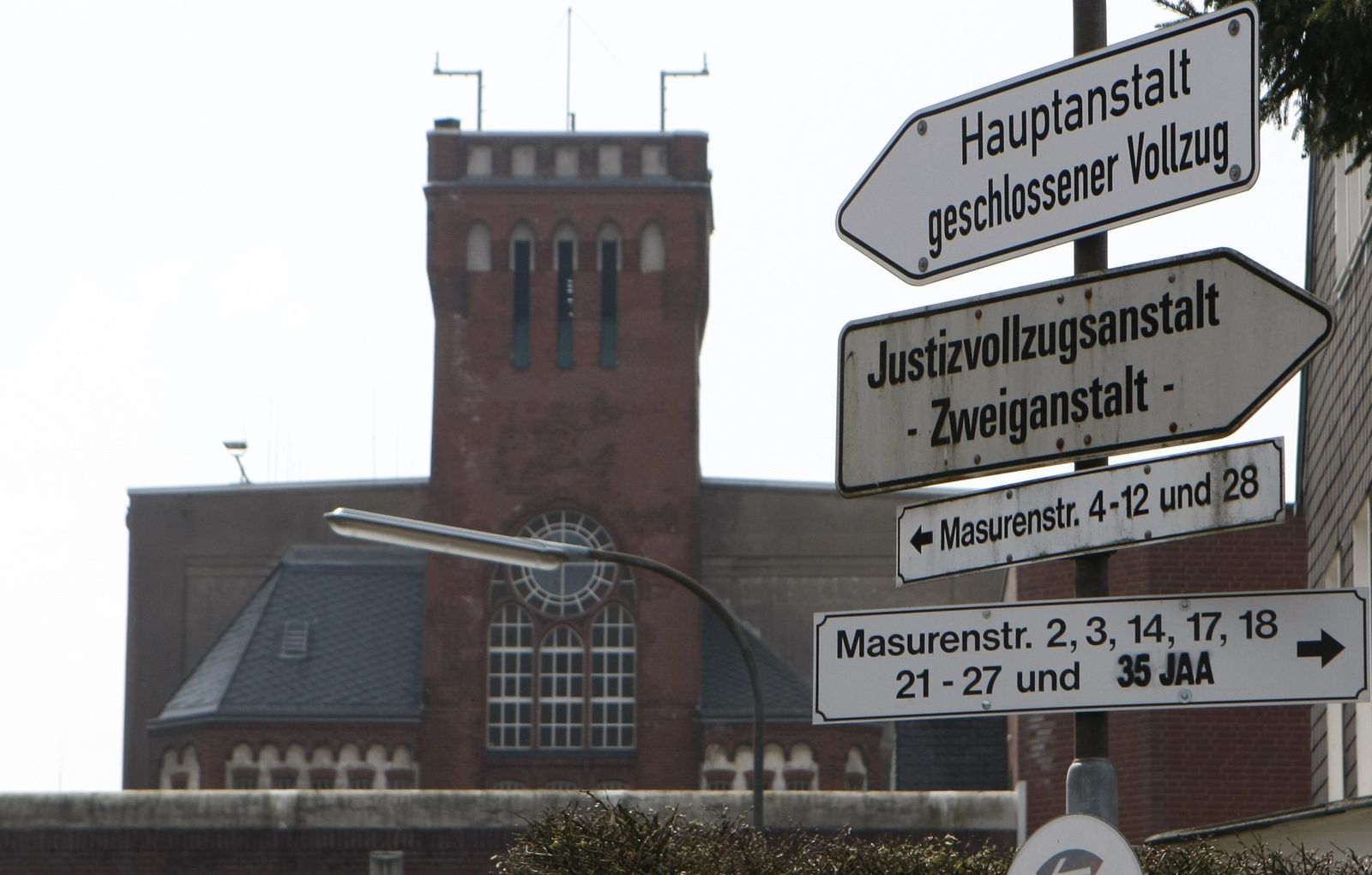 Remscheid prison, where the incident occurred on Sunday.