In politics, fighting isn't an end in itself. But neither is harmony.

The German national election was seven weeks ago, and what Chancellor Angela Merkel's conservative Christian Democrats and the center-left Social Democratic Party (SPD) have come up with since then couldn't be more infuriating. The parties have been snuggling up to each other at the cost of German taxpayers. Thanks to the strong economy, there are plenty of them around -- but that doesn't make it any better.

It just makes it easier.

When the budget-policy planners in the Christian Democratic Union (CDU) and its Bavarian sister party, the Christian Social Union (CSU), sit down with members of the SPD, which is euphoric about Germany's cradle-to-grave welfare system, they reach agreements disturbingly fast. Here's how they think: You pat my back and I'll pat yours, and together we'll stick the taxpayers with the bill. There's never a shortage of creative new ways to spend money.

Just look at the recent example of education policy. The negotiators couldn't agree on any real reforms because their positions were too far apart. But they waltzed out of the negotiating room having decided to increase funding for student loans at universities. And who's supposed to pay for that? Shrugs all round.

An Unending Willingness to Spend

It's time to ask some serious questions about this harmonious lack of restraint. And it's time for Germany's two biggest parties, which traditionally oppose each other, to start arguing. After all, that's their job.

The wishes of both parties should be weighed against each other rather than just stacked up in one big heap. It would make the negotiations dissonant and put a stop to the fine chorus that's been presented so far.

Germans would tolerate that, especially because it would benefit their pocketbooks. The heads of the three parties -- Merkel, Horst Seehofer of the CSU and Sigmar Gabriel of the SPD --- know this, too. That makes it even more difficult to understand how they have managed to just look the other way as their negotiators secured one expensive goody after the other. The various working groups involved in negotiations have managed to pile up new projects and plans that will lead to an additional outlay in the double-digit billions.

The problem is that the money simply isn't there, and the only way to obtain it would be through fresh taxes.

In short, it appears that the election winners -- the CDU/CSU -- are heading toward a blatant breach of the campaign pledges they made not to raise taxes. At this point, the only way to put a stop to it would be for the conservatives to start a real fight not only within their own party, but with the SPD in particular. It's a fight that both parties owe the country. They will have plenty of time for harmony after they start governing together in December. 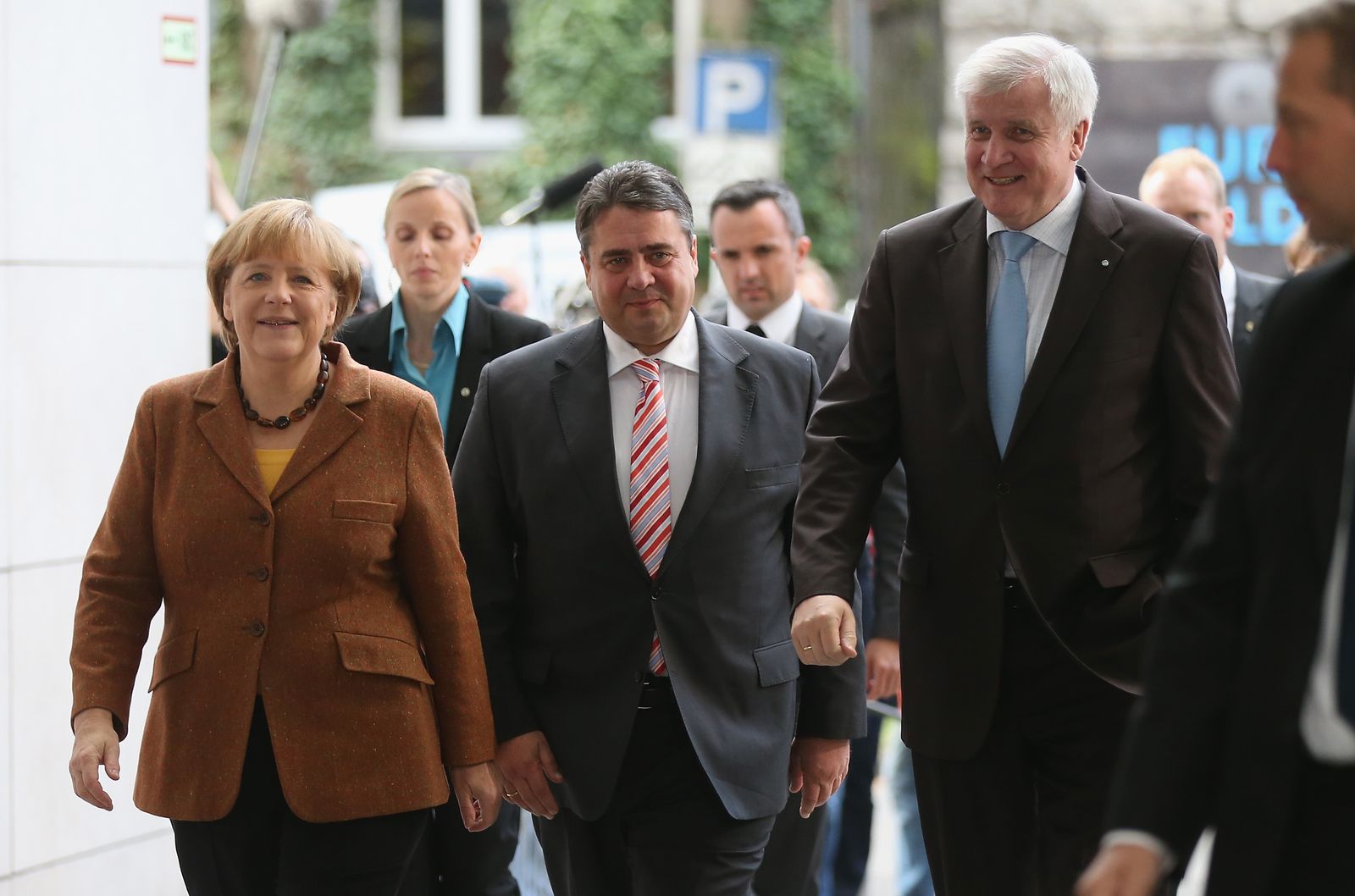