World leaders, including new U.S. President Joe Biden, used last week’s special edition of the Munich Security Conference to send a strong signal of trans-Atlantic renewal. They heralded a new honeymoon in the trans-Atlantic relationship and committed to tackling global challenges such as the current pandemic or climate change as a team.

However, some would argue that what they did not say was as important as what they did say. One particularly noteworthy omission was Nord Stream 2, the natural gas pipeline from Russia to Germany.

While it may simply not have fit in with the rhetoric of the moment, Nord Stream 2 remains one of Germany's largest foreign policy challenges and needs to be tackled urgently. For if left simmering, the current impasse risks turning into a diplomatic train wreck, damaging Germany’s relationship with its eastern neighbors, other EU members, and the United States.

Whether the pipeline is actually a private enterprise or not is no longer relevant. What matters are perceptions – and these are fundamentally tilted against treating the pipeline as anything other than a highly strategic issue threatening to undo years of German investment into European and trans-Atlantic unity.

There are currently no good options on the table, but trying to ignore the growing chorus of criticism is a particularly bad option. Even if Berlin might be able to deal with intra-EU criticism, the Biden administration will most certainly not wish to be seen as soft pedaling on Russia, just weeks after the inauguration. Just like in the case of China policy, there is a broad consensus against Nord Stream 2 in both houses of Congress, which the White House would surely not wish to alienate. In other words: By simply completing the pipeline without any consideration of the significant concerns all around, Germany would risk ending the trans-Atlantic honeymoon before it could evolve into a true long-term relationship of mutual trust again.

The option of stopping pipeline construction at this late stage through German government intervention is an equally bad idea, even if one were willing to accept painful litigation, with the prospect of billion-dollar damages to Gazprom and an uncompleted pipeline at the bottom of the Baltic Sea. Whether one likes it or not, Germany and other European countries will continue to require Russian gas for years to come. For decades, the German government has been able to point to the fact that Russia has been a reliable supplier and has not used the gas relationship as an instrument of political leverage against Germany and her NATO allies. If Germany were now to stop the pipeline project on political grounds, Russia would surely feel entitled to retaliate.

Some have suggested a construction moratorium. But little if anything would be gained by a moratorium. If lifting the moratorium were linked to changes in Russian policies and behavior, we would be faced with a classic red-line dilemma. In other words: If Russia refused to make the concessions demanded, Berlin would have to react and even cancel the pipeline altogether if it wanted to avoid losing face.

But there might be a slightly less unattractive option out there, namely, to complete the construction of the pipeline while conditioning its use on EU decisions and Russian behavior. For this to work, three steps would need to be taken:

First, Berlin could offer to install an emergency brake mechanism with EU involvement which could be activated to stop pipeline flows if Russia, for example, violated the agreement regarding the continued use of the Ukrainian gas transit infrastructure. This would most certainly be seen as a significant and welcome confidence-building measure – in Kiev as well as in Warsaw and Brussels.

More on the Nord Stream 2 Pipeline

Second, Germany could propose a "Euro-Atlantic Energy Compact." Objectives of such a comprehensive approach, including the EU and Eastern European neighbors as well as trans-Atlantic partners, might include:

Third, Berlin could let Gazprom, the pipeline builder and owner, know that political opposition to the project within Germany and from Germany’s European and trans-Atlantic partners, has increased so dramatically that Berlin no longer considers it politically feasible to actually allow the gas valve to be opened upon pipeline completion. Berlin could point at the continuing deterioration of the bilateral relationship with Russia and the many unresolved points of contention, ranging from hacking incidents and disinformation campaigns, to the uproar over the Navalny case and assassinations carried out by Russia on the territory of EU countries, to Moscow’s unwillingness to facilitate political solutions, including in the Donbass or Georgian conflicts.

The German message should be clear: It is now entirely up to Russia to help re-create political circumstances and an atmosphere which would enable Berlin to give the green light to the gas flow. Berlin could spell out in some detail which elements, taken together, might allow Germany (and the EU) to move forward. One might call this operation: Passing the (Nord Stream 2) buck to Moscow. Which is where it belongs.

Whatever approach is chosen, Berlin should coordinate closely with the European Commission, with its partners in Eastern Europe and with the United States to keep the new trans-Atlantic romance going and turn a totally unnecessary millstone around the German neck into a strategic East-West bargaining chip. 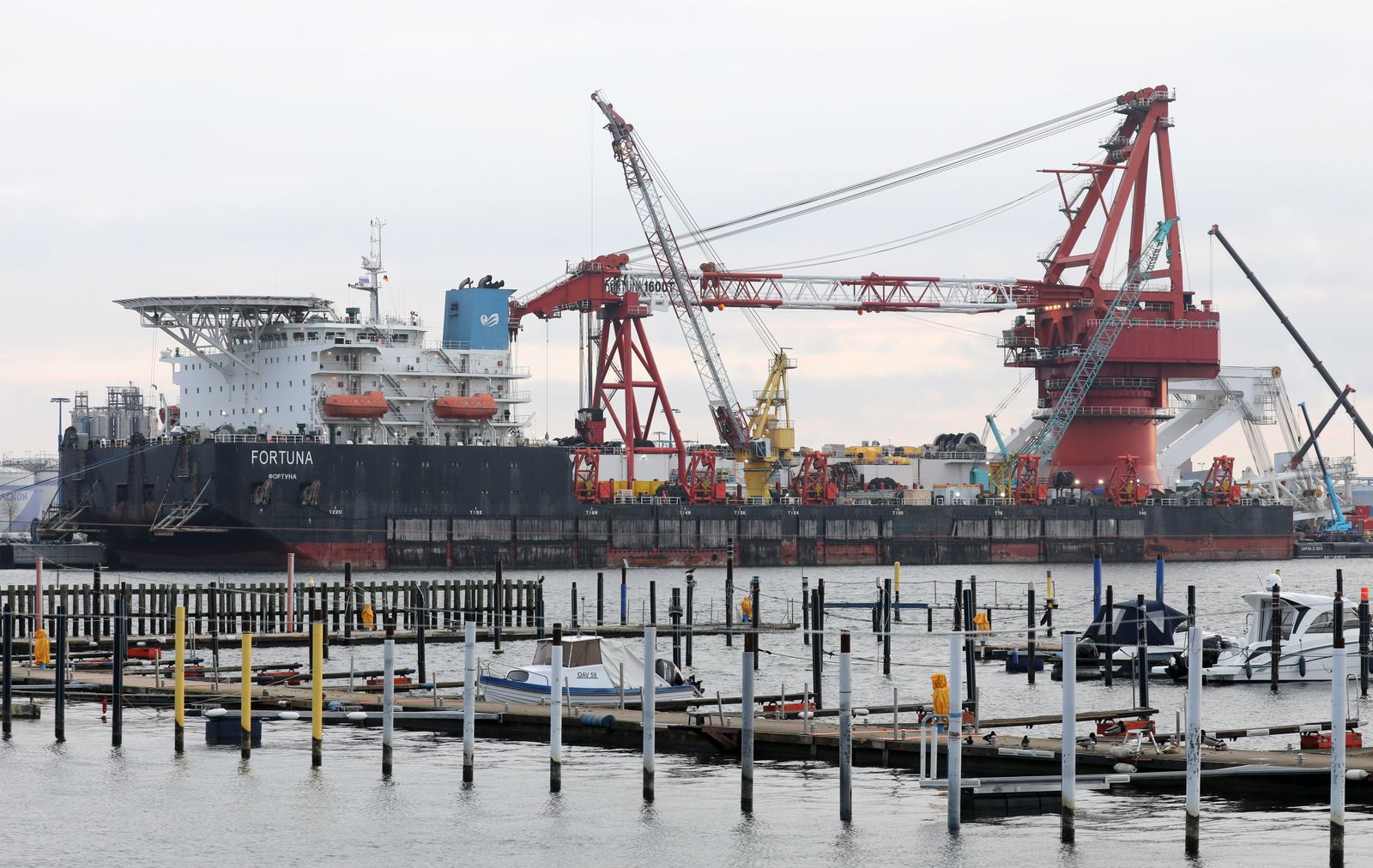 A Russian ship involved in building the Nord Stream 2 pipeline