Only recently Günther Oettinger was more than willing to explain why he should serve on next European Commission. The governor of Baden-Württemberg, 56, pointed out his expertise on the economy and industry. He claimed that -- in addition to his perfect German -- he had a "basic" knowledge of Italian, understood French "very well," and was "certainly capable of negotiating" in English. Finally, in a comment directed at the European Parliament, meant to demonstrate his purity of purpose, he said: "I intend to and will make every effort to ensure that EU regulations are correctly implemented in the member states."

That sentence, however it's interpreted, will be a problem for Oettinger. 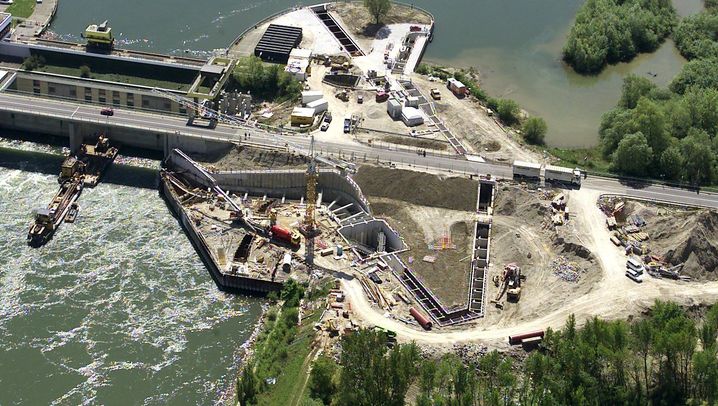 Photo Gallery: The Commissioner and the Governor

At home in his southwestern German state of Baden-Württemberg, Oettinger does precisely the opposite with EU regulations. Various documents suggest that he has, in fact, participated in an audacious effort to circumvent European rules on the awarding of contracts, ignored national competition law and violated an obligation to act in an economically and fiscally responsible way.

The controversy involves two hydraulic engineering projects on the Upper Rhine, which are being sponsored jointly by the federal government and the state of Baden-Württemberg. These projects are only two of the many major public works projects that are unspectacular enough to avoid mention on the evening news. But they're the sort of projects that lend themselves to lobbying, patronage and backroom deals.

The projects appeared legitimate in the fall of 2007, when details were ironed out by the federal transportation ministry, the government headquarters in Freiburg and the state ministries of the environment, transportation and finance. The issue was flood controle: To protect 700,000 residents of the southern Baden region who live along the Rhine between the towns of Weil and Breisach, an overflow reservoir with capacity for 25 million cubic meters of water was planned. This will require the excavation of 55 million tons of gravel. That's one project. The other requires a mixture of sand and gravel to be deposited periodically on the riverbed 150 kilometers (94 miles) downriver, near the town of Iffezheim, to combat erosion.

Experts at the relevant state and federal agencies concluded that combining the projects made sense. Half of the 55 million tons of excavated gravel were to be stored temporarily in a flooded gravel pit near Iffezheim, then dumped into the Rhine over the next few decades.

Suddenly, though, the state finance ministry in Stuttgart balked. It decided to block a cabinet decision needed to approve the administrative agreement that would allow the projects to proceed. According to an internal memo, finance officials had voiced "concerns regarding the cost-effectiveness of the approach to be taken." To address these concerns, the officials favored a "proposal offered by KVG."

KVG is the German acronym for "Gravel Bidding and Exploitation Company of the Southern Upper Rhine Region," a consortium of gravel and road construction companies. Under the KVG proposal, all the excavated gravel would be sold on the market in return for KVG's commitment to provide all the gravel needed to shore up the riverbed near Iffezheim for the next 80 years.

The deal would be worth millions to KVG.

As it happens, there is a strong connection between KVG and the conservative Christian Democratic Union (CDU), Günther Oettinger's party. Most of the KVG companies are located in the election districts of state Finance Minister Willi Stächele and his state secretary, Gundolf Fleischer. Three KVG companies donated €10,500 each to the Christian Democrats during the state's 2006 election. Hermann Peter KG Baustoffwerke, a company headquartered in the town of Breisach, also donated €10,500 to the party, while the Baden-Württemberg industrial association of stone and earth excavators contributed €10,180.

Upon closer scrutiny, though, the KVG proposal favored by Stächele and Fleischer proved less than cost-effective. According to experts it would cost the state at least €65 million and the federal government €155 million more than the first plan to combine the projects -- for a total incremental cost to taxpayers of €220 million.

Even Fleischer's counterparts at the state ministries of Transportation and the Environment voiced concerns. They said a call for bids was essential to satisfy the requirements of competition law: "Awarding the contract directly to KVG would be out of the question, and it would also constitute a violation of EU subsidy and budget regulations." Besides, they added, a commitment to an 80-year contract would be "unacceptable."

Despite this assessment, Stächele, Fleischer and Oettinger persevered with efforts to block the plan for more than two years. They failed to respond to admonishing letters from Berlin -- last September the Federal Transportation Minister at the time, Wolfgang Tiefensee, personally complained to Oettinger in a sharply worded letter last September.

It took two months for Oettinger's Minister of Federal and European Affairs to answer Tiefensee's letter. The existing economic efficiency report, he wrote to the new Federal Transportation Minister Peter Ramsauer, had been forwarded to the state audit office "with the objective of obtaining an advisory statement." As soon as the results became available, he added, the state would "promptly contact the Federal Transportation Ministry."

The outgoing Transportation Minister, Tiefensee, had been a Social Democrat -- a political opponent -- while the new one, Ramsauer, a member of the Christian Social Union, the Bavarian sister party to the CDU, was an ally. It may have been a disappointment for Oettinger that a fellow conservative was not more cooperative. But Ramsauer believes that Oettinger's efforts to obstruct the administrative agreement in Baden-Württemberg are "unjustified." He cites a conclusion reached by the Federal Audit Office, which examined -- and approved -- the model of combining both gravel projects, devised by state and federal agencies.

3 Bilder Photo Gallery: The Commissioner and the Governor 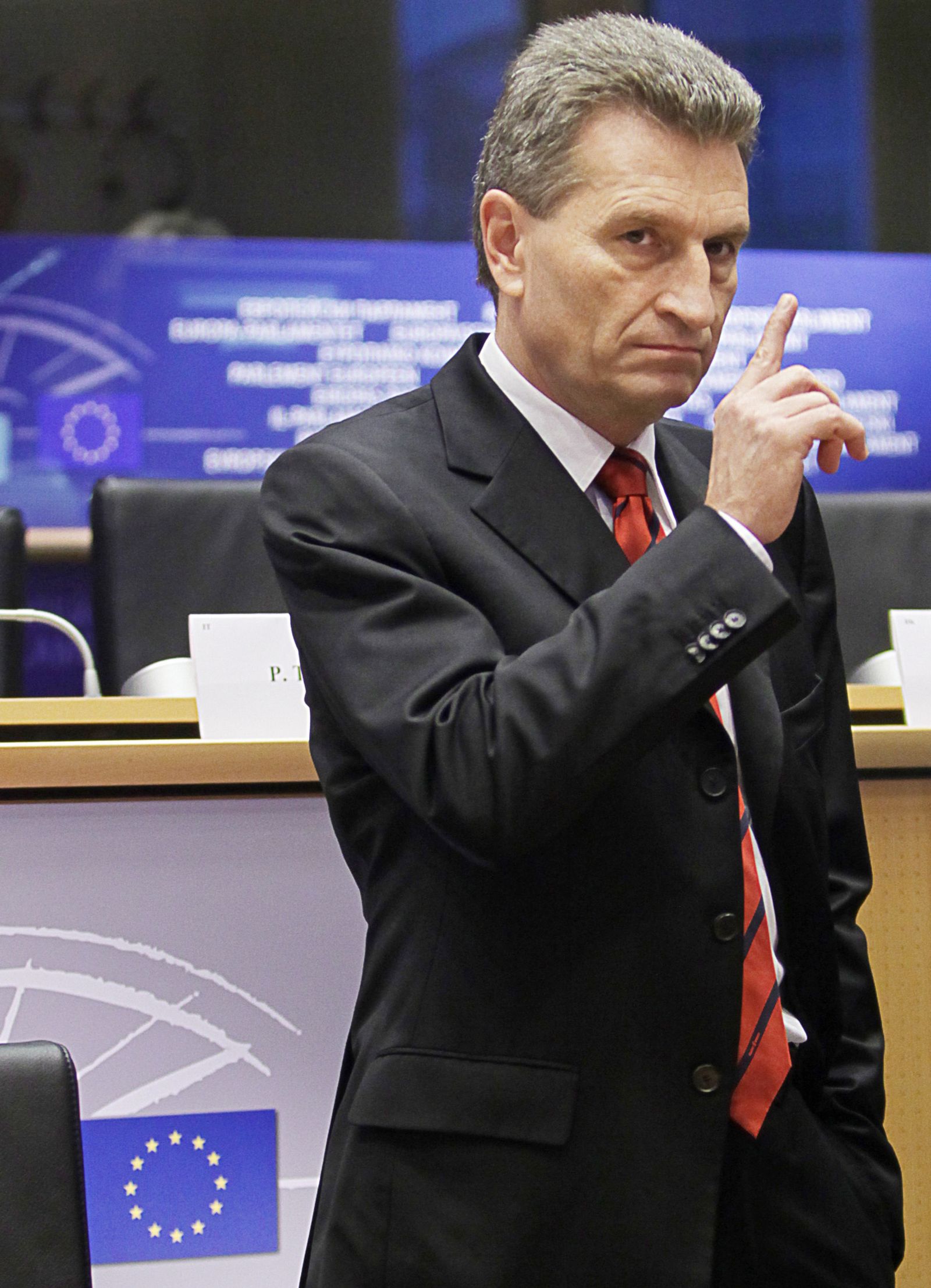 The state's governor, Günther Oettinger, was in Brussels in January to be grilled as Commissioner-designate for Energy on the European Commission.