A German court has ruled that the so-called "solidarity surcharge" on income tax that was introduced in 1991 to help fund public investment in the former communist east of Germany is unconstitutional -- a decision that could cost the government billions of euros.

The finance court for the northern state of Lower Saxony ruled that a legal complaint by a taxpayer against the surcharge, which is calculated at 5.5 percent of an individual or company's income tax bill and which is paid on top of income tax, should now be considered by Germany's highest court, the Federal Constitutional Court.

The taxpayer had filed a legal complaint claiming that the surcharge is unlawful. The Lower Saxony court judge, Georgia Gascard, said the surcharge was introduced to cover the costs of German reunification. "But that is a long-term requirement which was not allowed to be covered by raising a supplementary contribution," she said.

An earlier constitutional court opinion dating back to 1954 had stated that any supplementary tax such as the solidarity surcharge could only be introduced to cover temporary financial requirements.

The solidarity tax surcharge was initially levied for only one year and amounted to 7.5 percent of the tax bill of wage earners and companies. It was suspended after one year but reintroduced in 1995, and has been levied ever since.

It was cut from 7.5 percent to 5.5 percent in 1998 and has so far generated €185 billion for the government's coffers. In the 20 years since the fall of the Berlin Wall, more than €1 trillion in public money has been channelled to rebuilding the infrastructure and economy of the east, and to pay for unemployment and welfare benefits there.

If the Constitutional Court confirms the Hanover court's view, the government would face huge repayments at a time when its debt has already spiralled as a result of stimulus programs to counter the effects of the financial crisis.

The Federation of German Taxpayers supports the legal complaint. "It is inconceivable to me that a supplementary tax can become a permanent tax," said Karl Heinz Däke, the president of the federation. "Today's decision will make it harder for governments to levy other supplementary taxes in future." 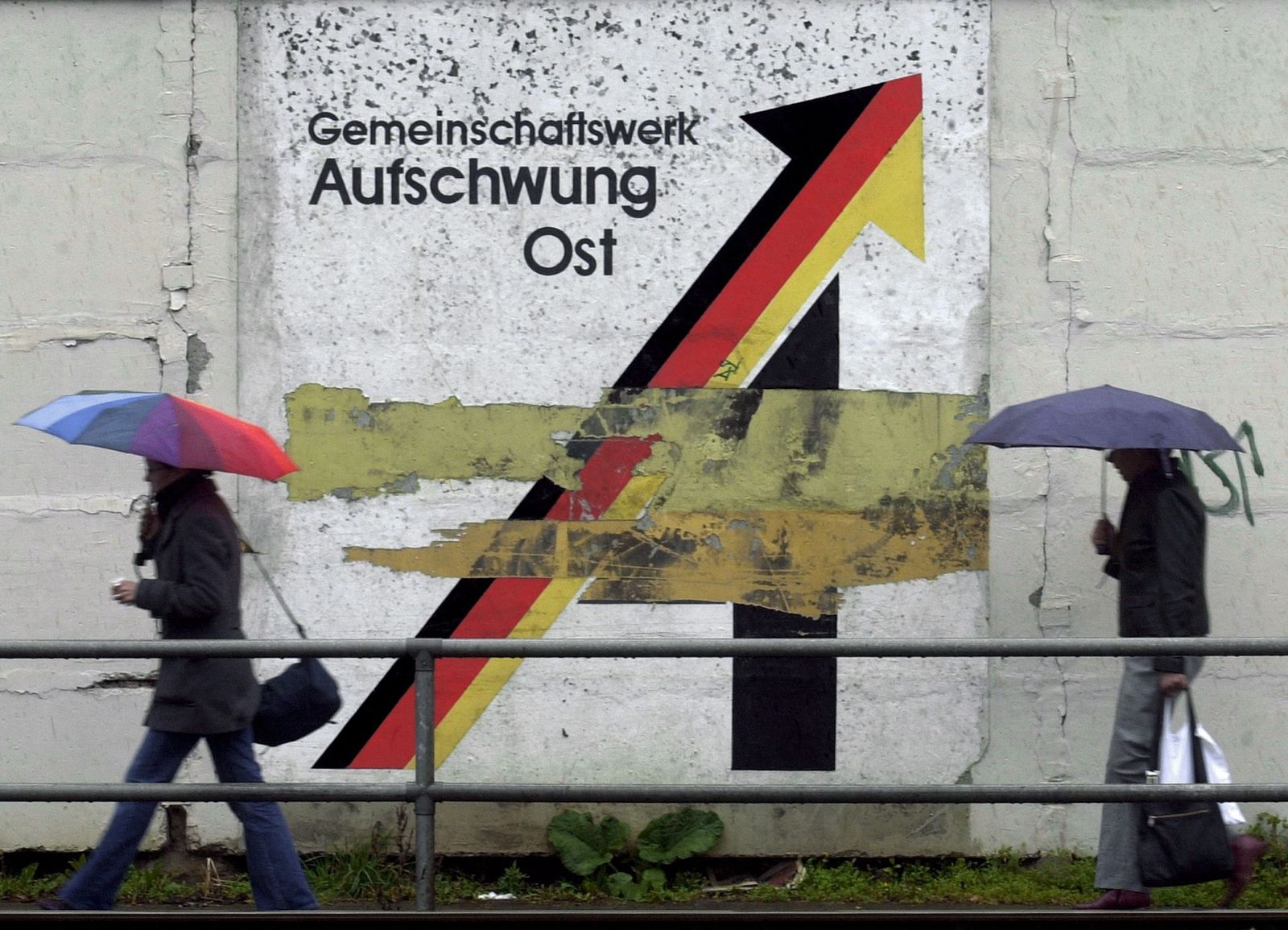 An old placard hailing the government's eastern regeneration program, financed with the help of a tax surcharge that a court now says may be unconstitutional.