The extent of the fuss about the book by Julia Schramm, a prominent young member of Germany's Pirate Party, can be seen on page two of Wednesday's edition of Bild, Germany's biggest tabloid and arguably its most influential newspaper. Bild dubs Schramm "the greedy pirate" and asks if she is a "vile traitor."

The Berlin tabloid BZ, a sister publication to Bild, also weighed in on the case Wednesday, writing: "What a childish, stupid, brazen and very confused performance!"

The reaction from her own party wasn't much better. Her colleagues attacked Schramm on Twitter and on email mailing lists. She was described as "arrogant" and "stupid" and insulted as a "corporate slut" and a "piece of shit."

The outrage was inspired by Schramm's book "Klick mich: Bekenntnisse einer Internet-Exhibitionistin" ("Click Me: Confessions of an Internet Exhibitionist"), recently published to lukewarm reviews. What got everyone hot under the collar was the fact that Schramm's publisher Knaus Verlag, which is owned by Random House, filed a takedown request earlier this week to stop illegal copies of the book being distributed online.

Since then, a huge shitstorm has been raging online -- and to a certain extent, Schramm has only herself to blame. After all, she has repeatedly railed against intellectual property rights, calling them "disgusting." She is a member of the national executive committee of the Pirate Party, which supports the free exchange of copyrighted content for non-commercial uses on the Internet, although it is not opposed to copyright per se. Critics accuse Schramm of double standards.

But the case is not as black-and-white as the tabloid press and the outraged Pirates might suggest. For one, a large portion of envy is mixed into the tirades. Schramm, who is just 26, is reported to have received an advance of €100,000 ($130,000) for her first book.

The storm of outrage also has a lot to do with Schramm's personality. She is a particularly popular target of scorn among members of the Pirate Party, who are famous for their internal quarreling. Schramm, who was born in 1985, grew up in the quiet town of Hennef near Bonn. Her father is an engineer and her mother a homemaker. She likes to describe herself as a "political scientist, pirate and writer" and refers to herself as "privileged." She loves the grand gesture and using provocative terms.

In the past, she courted media attention as a leading member of a group called Spackeria, which criticized data privacy. In a 2011 interview with SPIEGEL ONLINE, she proclaimed the end of privacy, famously saying that "the private sphere is so eighties." Many people still have not forgiven her for that statement.

She was even criticized when she announced that she was marrying Fabio Reinhardt, a member of the Berlin city-state parliament for the Pirates. "How old-fashioned," was the verdict of Reinhardt's colleague in parliament, Gerwald Claus-Brunner. But never has Schramm experienced such a wave of hate as in the last couple of days.

When SPIEGEL ONLINE called Schramm on Wednesday afternoon, she explained how she was dealing with the personal attacks. But she later contacted the reporter again to say she did not want to be quoted. She does not want to make any public statements for now. The intensity of the reaction to the book affair appears to have taken her by surprise.

Her reaction to the shitstorm is also likely to bring her further trouble. She published excerpts from abusive emails and Twitter messages on a blog she set up especially for the purpose. Visitors can read for themselves how people accused her of having a "lust for money" and insulted her as a "corporate slut" and a "hypocritical, ugly beast," among other things. Schramm published the full name of some of the senders of the emails and in some cases even their addresses. In the meantime, she has deleted information that can identify the sender.

A pattern can be discerned in Julia Schramm's public life. She does something rash, changes it -- and moves on. She repeatedly tosses out ideas and fires off bold theories before retracting them later. Once she was vociferously opposed to data privacy, but now she supports it. She says she rejects "intellectual property" as an idea, but when it comes to her rights as an author she sticks to the law. On her blog, she likes to retroactively edit her posts.

She has made plenty of bold statements to the press. "I was already opposed to the German school system in 4th grade," she once told Die Tageszeitung. "After the 9/11 attacks I decided against a life of hedonism," she also said. (She was 16 at the time of the attacks.)

Earlier this year, the heavyweight conservative newspaper Frankfurter Allgemeine Zeitung accused Schramm of constantly changing her mind and not being honest. The article still annoys Schramm today. She explained her flip-flopping to the newspaper by saying that she was currently engaged in "negating the negation in a kind of Hegelian dialectic." In other words: Sometimes she says one thing, sometimes the opposite.

Schramm is very open about her personal life. One doesn't even need to read her book to know that Schramm has been in therapy, as well as her address in Berlin and what her engagement ring looks like.

In this respect, Schramm's book, which deals with Schramm's life on the Net and which has been described by reviewers as incoherent, confused and exhibitionist, is actually the logical conclusion. That's how people communicate online, especially the Pirates and Schramm herself. In that respect she is not being dishonest.

That may not be enough to make a good book. But neither is it enough to justify the massive wave of online outrage.

Lack of a Clear Position

But the anger is also fed by the fact that Schramm is a member of the Pirates' national executive committee. Those people who have always been skeptical of the Pirates' supposed culture of free exchange of data now feel that their suspicions have been confirmed. This, they argue, is the true face of the Pirates: They are opposed to copyright -- except where their own pocketbooks are concerned. For that reason, many Pirates fear that Schramm may have inflicted political damage on the party.

The affair also demonstrates that, one year after their big breakthrough in the Berlin city-state elections, the Pirates are still unable to effectively communicate their position on copyright to voters. Even within the party, many people are confused.

That is not Schramm's fault. But she could have exploited all the attention to clarify, in a more reflective manner, exactly what she and the Pirates stand for. Now that would have been an interesting message -- assuming, of course, that she actually has a clear position. 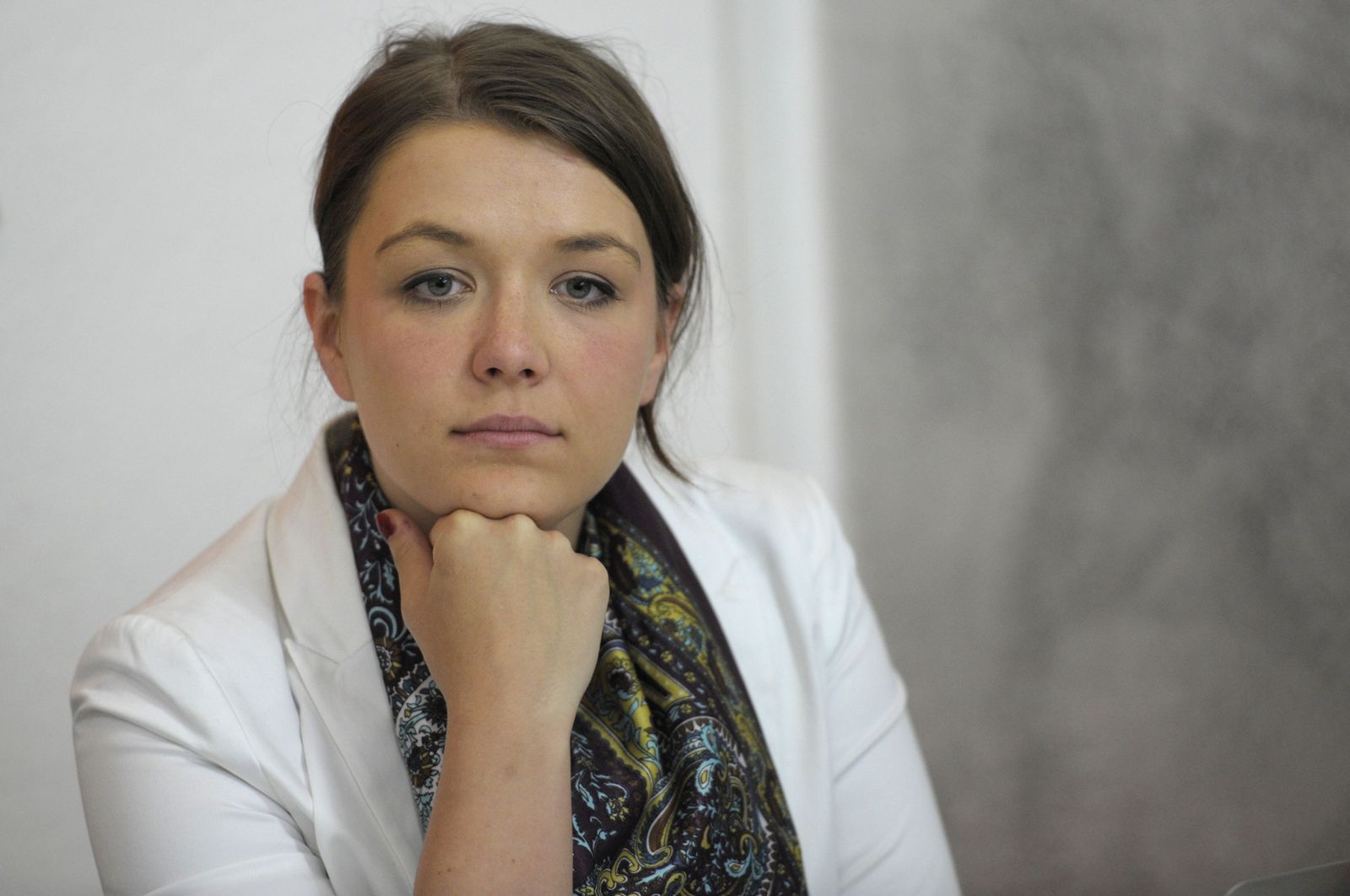 Julia Schramm is under fire after her publisher took action against illegal copies of her book.