Unlike China's imposing embassy in Berlin, the general consulate in Munich is no symbol of power. The representative office in the Bavarian capital is located in the upmarket district of Neuhausen in an inconspicouous corner building close to Nymphenburg Palace.

If you believe the consulate's own PR, the institution deals with pleasant issues such as business and travel visas, the Olympic Games or German-Chinese trade relations. But if German investigators are to be believed, this idyll is merely a facade behind which the Chinese intelligence service is operating a network of spies.

On Tuesday morning, officers from Germany's Federal Criminal Police Office and the Bavarian police searched the homes of four Chinese nationals in the Munich area, SPIEGEL ONLINE has learned. They are under suspicion of being intelligence service agents for the Chinese government tasked with spying on Munich's large expatriate community of Uighurs, a Muslim ethnic minority in China that has been engaging in violent protests this year against perceived discrimination.

A Center for Expatriate Uighurs

Several hundred Uighurs live in exile in Munich, and many of them are politically active. Munich has one of the world's largest exile communities of Uighurs and the World Uighur Congress is based there. The government in Beijing is interested in everything the Uighurs think, talk about or plan. The Uighurs are one of the "five poisons" the Communist government is fighting against with all the means at its disposal.

The Federal Prosecutor's Office has discovered that the Chinese government has been recruiting a number of informants to spy on Munich's Uighur community. Investigators believe that the suspected group of agents is controlled from within the Munich consulate by a consul who has been observed conducting conspirative meetings with the alleged agents. The consul himself has diplomatic immunity from prosecution in Germany but prosecutors are investigating four of his alleged informers.

The investigation presents yet another strain on the already tense relationship between China and Germany. The spying activities in Munich are closely coordinated with Beijing, with the consul reporting directly to the homeland. The Chinese government is following every step taken by the German government with interest.

The rigid countermeasures taken by German officials are new. Last year, the Federal Prosecutor's Office established a procedure whereby all evidence regarding suspected Chinese spying activities was collated, but until Tuesday, no searches or arrests had been carried out. Officials largely limited themselves to keeping a close eye on hostile behavior on the part of the Chinese government and on the extreme interest showed by consulate employees in Munich's community of Uighurs in exile.

Two years ago, the Chinese diplomat Ji Wumin, who also lived in Munich, had to leave the country after investigators observed him meeting around a dozen times with spies who provided him with information about the Uighur community. Ji left before he could be expelled.

Ji's case remains a source of tension in diplomatic relations between China and Germany. Beijing would like to send Ji back to Munich, but Berlin fears that he would merely resume his previous spying activities. Tuesday's searches, however, make Ji's return unlikely -- the consul now under investigation is Ji's official successor. 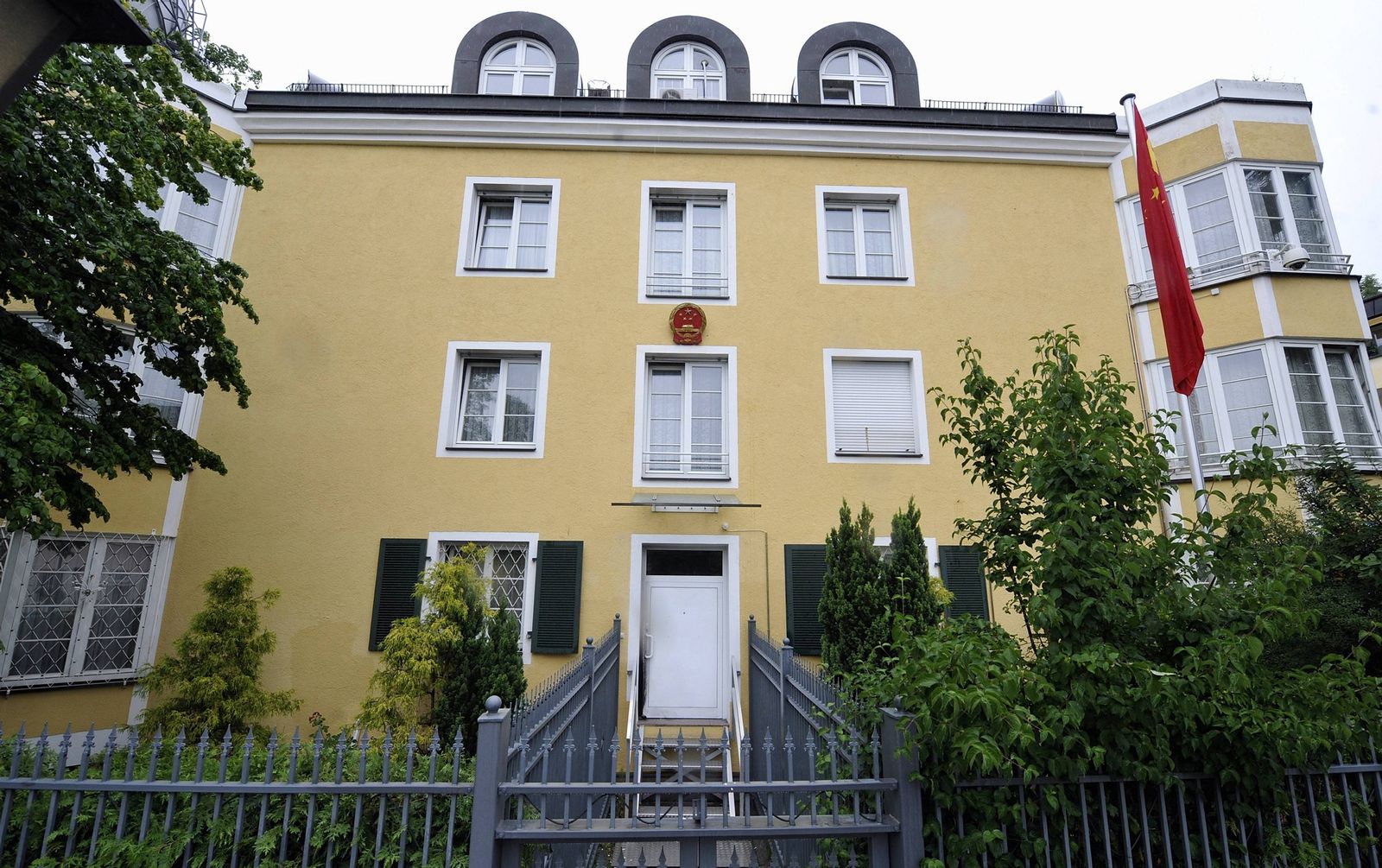 Authorities suspect that the Chinese Consulate in Munich is a hotbed of espionage activity.