Christian fundamentalists have welcomed the decision by a US court to award a German family political asylum in the United States because the parents were unwilling to subject their children to mandatory school attendance rules in Germany.

Uwe and Hannelore Romeike from the town of Bissingen in the southwestern German state of Baden-Württemberg wanted to teach their five children at home because they feared that they were being taught an "anti-Christian worldview" in public schools. They pulled their children out of school and in 2008, after fighting the authorities for years, emigrated to the United States, where they applied for political asylum in 2009. On Tuesday night, the evangelical Christian lobbying group Home School Legal Defense Assoication (HSLDA) announced that the Romeikes' asylum application had been approved. 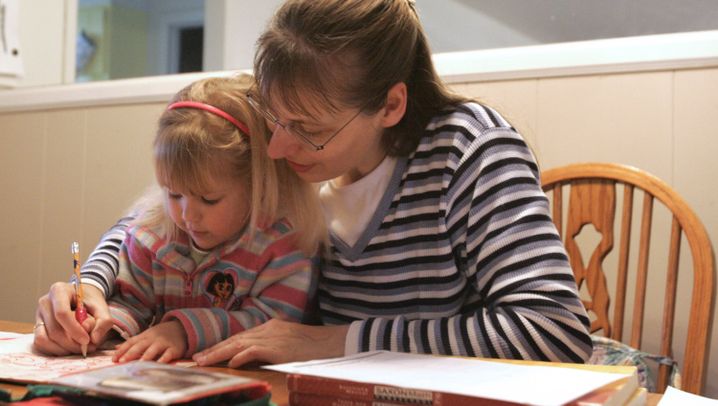 Announcing his verdict in a court in Memphis, Tennessee, Judge Lawrence Burman ruled that the Romeikes' were entitled to political asylum. According to HSLDA -- the ruling is not yet officially available --, Burman argued that he believed the Romeike family's basic human rights were being violated in Germany. "We can't expect every country to follow our constitution," he said, as quoted by the organization. Burman also defined so-called homeschoolers, who teach their children at home, as "a particular social group that the German government is trying to suppress." The family, Burman argued, has "a well-founded fear of persecution" and, as a result, the right to political asylum in the United States.

HSLDA attorney Mike Donnelly called the decision "embarrassing for Germany." According to Donnelly, the Memphis court issued a final ruling "that homeschoolers are a social group that is being persecuted in Germany." A "Western nation should uphold basic human rights, which include allowing parents to raise and educate their own children," Donnelly said. "This is simply about the German state trying to coerce ideological uniformity in a way that is frighteningly reminiscent of past history."

The father of the five children, Uwe Romeike, who feels "politically persecuted" in Germany, said his family was "so grateful to the judge for his ruling." Quoting Romeike, the HSLDA writes in its press release that the family's prayers and those of homeschoolers in Germany had been answered. The Romeikes, who now live in Morristown, Tennessee, are directly represented by the HSLDA in the United States. The organization promotes the idea of homeschooling without government involvement in the United States and around the world.

Lutz Görgens, the German consul general for the southeastern United States, contradicted the lobbyists' accusations. Germany has a wide range of education options, he told the Associated Press in an e-mail, noting that "parents may choose among public, private and religious schools, including those with alternative curricula like Waldorf or Montessori schools." Mandatory school attendance, he added, ensures a high standard of education for all children.

The Foreign Ministry in Berlin said that it had taken note of the case, but that it would not issue a statement until the ruling was made official. "The consulate general in Atlanta will attend to the matter," a spokesman told SPIEGEL ONLINE.

According to US government statistics, 38 German nationals applied for asylum in the United States in 2008. Five were granted permanent asylum, and in three cases asylum that had initially been granted was later revoked. The statistics do not cite the reasons for the applications.

The US government can contest asylum rulings made by an immigration court. A spokesman for the US Immigration and Customs Enforcement declined to comment on the case when approached by the AP.

'More about Vampires and Witches than about God"

Homeschooling, which many fundamentalist Christians consider the correct way to educate their children, is prohibited in Germany, where the constitutions of the country's individual states stipulate mandatory school attendance. Austria, France, Britain and other countries, on the other hand, only have mandatory lesson or teaching requirements. In the United States, homeschooling is considered a parental right, and an estimated 1 million to 2 million children are homeschooled.

The reasons are not always religious. Some parents are also critical of rigid lesson plans or unwilling to pay the high cost of private schools. But evangelical Christians are waging a particularly dogged battle for homeschooling. They want to protect their children from secular influences and try to educate them within a strictly Christian worldview.

The Romeikes also wanted to spare their children from the "un-Christian goings-on" at German schools. They said that their children were being "educated according to an anti-Christian worldview" in public schools, and that textbooks are filled with obscene language, swear words and blasphemy. "They're more about vampires and witches than about God," says Uwe Romeike.

Beginning in September 2006, the family kept its three oldest children out of elementary school. As is normally the case with persistent non-attenders, "the police came to our door" one morning, says Romeike, who is a music teacher. The officers took the children to school. By then, the Romeikes had already been keeping their children out of elementary school for one month and had been teaching them at home in the "right spirit," as they put it.

Fundamentalist Christians in the United States have been critical of German mandatory school attendance laws for years. Evangelical Christians are well connected with German fundamentalists and are searching for model cases to use in their campaigns. In fact, the Romeikes did not hit upon the idea to emigrate to the United States completely on their own. Mike Donnelly, an attorney for the HSLDA, which is representing the Romeikes, was the one who first suggested that they leave Germany, says Uwe Romeike.

In Germany, mandatory school attendance from the age of six developed more as a right to education than a compulsion to attend school. It was introduced in Prussia as early as the 18th century. Although parents who are dissatisfied with the system can set up a private school, it has to be recognized by the government. It is illegal to keep children out of school for any reason. The outcomes of several cases in the past indicate that parents opposed to mandatory school attendance have little chance of success.

Mandatory school attendance is based on "the idea that group learning in school also helps develop social skills," says Martina Elschenbroich, an expert on education law with the Culture Minister Conference, an assembly that brings together education ministers from Germany's 16 states. Children learn how to interact with people who hold different views, which serves as the basis of a democratic society, says Elschenbroich.

Until now, German and European courts have consistently supported this view. In late May 2006, the German Constitutional Court ruled that parents are not entitled to keep their children from attending school because of their religious views. Citing the government's responsibility to provide education in a pluralistic society, the judges argued that it was completely acceptable for children to be exposed to other religious beliefs or views.

In November 2007, the Federal Supreme Court ruled that parents can even be deprived of the custody of their children, arguing that the public has a rightful interest in preventing the formation of "parallel societies" based on religion or worldview.

In September 2006, the European Court of Human Rights ruled that Germany's mandatory school attendance policy, along with the corresponding ban on homeschooling, is compatible with both European law and the European Convention on Human Rights.