Back in the 1970s, no self-respecting left-wing militant was without a copy of "The Anarchist Cookbook," a compendium of recipes for concocting home-made explosives and other strategies for taking on The Man. Now a newly penned manual of urban guerrilla warfare is causing concern among Germany's security authorities.

According to sources in security circles, an 80-page pamphlet entitled "Prisma" ("prism") has recently been circulating in the far-left scene. The anonymous publication includes tips for carrying out terrorist attacks and acts of sabotage, and includes instructions for constructing various kinds of bombs with time fuses and special grappling hooks which can be used to stop trains. The book also describes techniques for sawing down power poles and has several chapters devoted to investigative methods used by the police, describing in detail how urban guerrillas can cover their tracks and shake off tails.

Berlin public prosecutors have already launched an investigation into the pamphlet, which is circulating mainly in the far-left scene in Hamburg, Berlin and the state of Lower Saxony. German security agencies are concerned that the manual could further increase the -- already high -- propensity of young radicals to carry out violent attacks. The document encourages extremists to commit crimes "with a hitherto unknown level of meticulousness and professionalism," says Hans-Werner Wargel, head of the Lower Saxony branch of the Office for the Protection of the Constitution, Germany's domestic intelligence service.

The German government and security agencies are worried about a renaissance of left-wing violence in the country. German Interior Ministry crime statistics for 2009 show a 53 percent jump in the number of left-wing attacks, the largest increase seen in many years, with police recording a total of 1,822 left-wing acts of violence in the whole of Germany. They included the burning of several hundred cars in Berlin, a large-scale attack carried out by masked individuals on a police station in Hamburg in December and an attack on vehicles belonging to the Bundeswehr, Germany's armed forces, in Dresden, which saw equipment worth €3 million ($3.7 million) go up in flames.

The wave of politically motivated violence has revived memories of the Red Army Faction, a far-left group which terrorized Germany mainly in the 1970s, committing a number of kidnappings, bombings and murders. 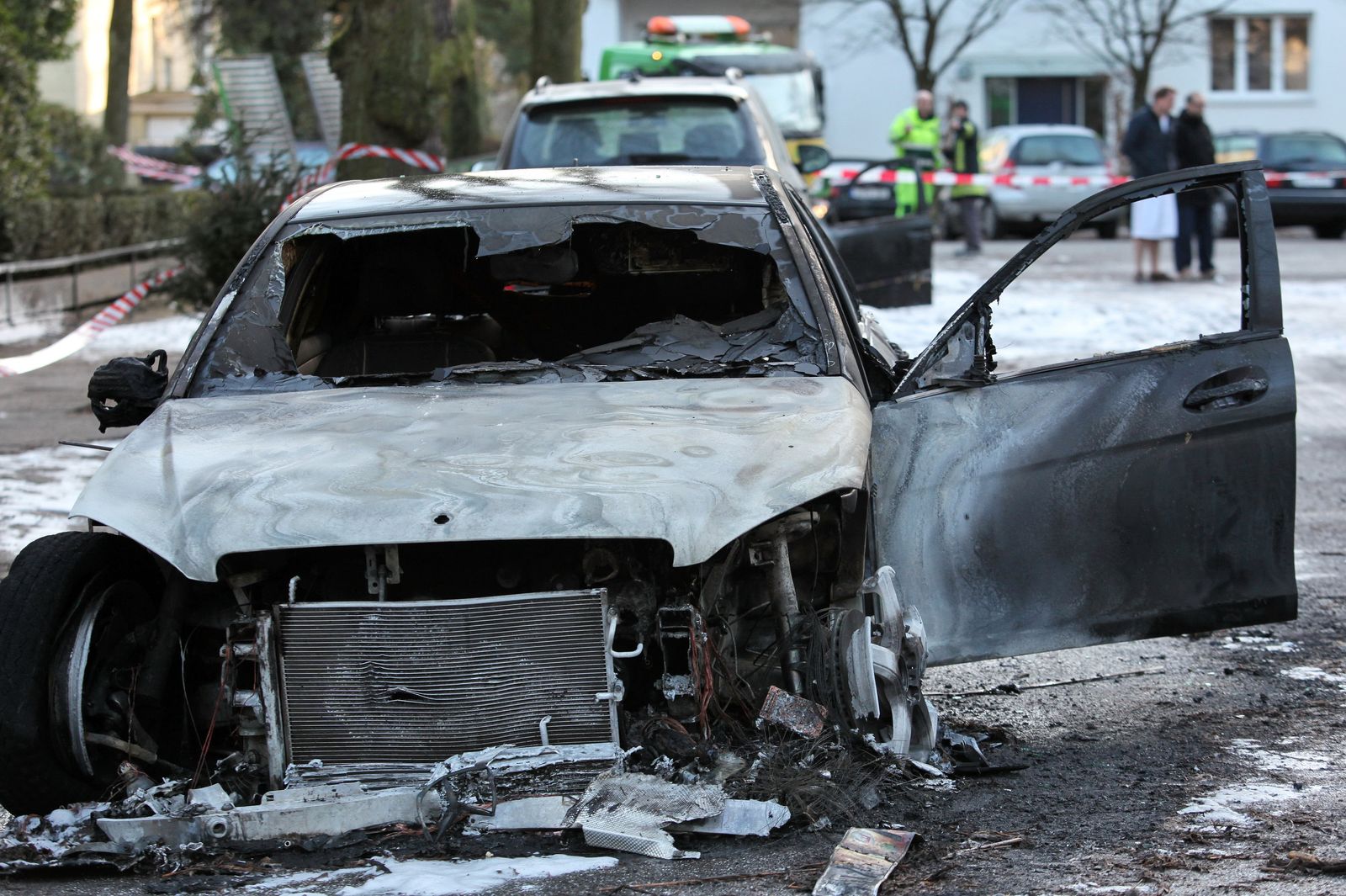 A burned-out car in Hamburg: Arson attacks by left-wing extremists have been on the rise in Germany.