German politicians have voiced their support for an appeal by 1,300 German authors who believe that the search-engine giant Google is violating copyright laws by allowing their works to be viewed online free of charge and without previous author approval. 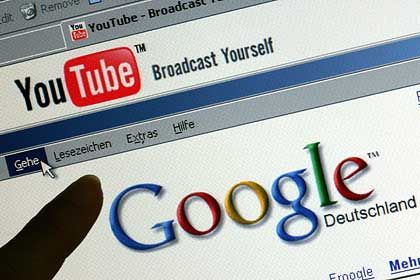 The appeal came in the form of a letter -- known as the "Heidelberg Appeal" -- sent last week to German President Horst Köhler, Chancellor Angela Merkel and the heads of Germany's 16 federal states. It alleges that "intellectual property is being stolen from its producers to an unimagined degree and without criminalization through the illegal publication of works protected by German copyright law."

The letter urges the government to wage "a resolute defense, with all the means at their disposal" to protect intellectual property rights and the freedoms related to publishing. "If we lose it," the appeal ends, "we lose our future."

In particular, the authors are opposed to Google's ongoing "Google Book Search" project of scanning approximately 7 million books in 40 languages -- including a number of books written in German -- from a number of major American libraries to make them available for online viewing.

According to a proposed $125 million (€95 million) settlement of a class-action suit brought in the United States by the US Authors Guild and the Association of American Publishers, authors of the books included in Google's project have until May 5 to opt out of or file objections against the settlement, which would pay authors $60 (€46) per book. Authors have until Jan. 5, 2010 to file a claim for payment.

Offering information, and taking it.

German Federal Commissioner for Culture Bernd Neumann told the daily tabloid Bild that he will fight to protect the authors' rights. "The resentment shown toward Google is justified," Neumann said, in comments published Monday. "It is essential that we find some international agreements on this matter."

Hans-Joachim Otto, who heads the German parliament's Committee on Cultural and Media Affairs, echoed Neumann's sentiments, telling Bild: "Intellectual property has to be just as protected as material property. All creativity will be destroyed if you have a mentality that everything should be free."

Likewise, in a press release published Friday, German Justice Minister Brigitte Zypries called Google's actions "unacceptable." She also urged German authors to "think hard about whether they want to participate in the settlement or not."

Roland Reuss, a professor of German Studies at the University of Heidelberg and one of the authors of the "Heidelberg Appeal," has strongly criticized the settlement. "As I see it, the fact that an American district court has decided what happens with German books is a scandal," Reuss told the regional public broadcaster Südwestrundfunk (SWR) last Monday, "and it just shows that politicians have fallen asleep on this matter."

In a press release published in October following the announcement of the settlement, Google praised the agreement for promising "to benefit readers and researchers, and enhance the ability of authors and publishers to distribute their content in digital form, by significantly expanding online access to works." The company -- whose stated mission is "to organize the world's information" -- has yet to respond to the "Heidelberg Appeal."

Google's ambitious plans have often found opponents in Germany, where online privacy rights are rigorously guarded. In September 2008, for example, residents of a small town in northern Germany tried to prevent Google from gathering images of its streets and neighborhoods as part of its "Street View" program.