There are no longer tens of thousands of young people taking to the streets on Fridays in cities around the world. Climate protests in times of the coronavirus have gotten quieter and more modest. In one video, three young people can be seen shouting from a balcony: "Funds for health care, not for coal!" At the beginning of last week, the clip had 878 views.

That's nothing compared to the millions of people who showed up for the Fridays for Future demonstrations. But it's also no reason to despair. "We're not actively pushing forward right now because the coronavirus is taking up so much space. It wouldn't really be appropriate," says Carla Reemtsma, one of the movement's most prominent activists.

The coronavirus has pushed the climate crisis out of the public eye. At the same time, the pandemic seems to be buying humanity valuable time. Satellite images show how air pollution has recently decreased. Germany may even reach its climate targets for 2020 after forcing the economy to shut down, something which had been unthinkable until recently.

Up until a few weeks ago, there was no more pressing economic issue than climate protection. Corporations and investors were making sweeping promises, driven by politicians and protestors, critical customers and environmentally-minded financiers. There was hardly a politician or high-powered executive who missed the opportunity to have their picture taken with Fridays for Future founder Greta Thunberg.

So what now? Now that the pressure has eased, will the environmental reforms be postponed? This question is especially pressing as the shutdown threatens the existence of more and more companies and priorities shift radically.

There's talk among conservative policymakers of placing a moratorium on some regulations. And it's not only CO2 limits for cars that are being discussed. Farmers should also be spared, some argue. Furthermore, wouldn't the 50 billion euros ($54.4 billion) in planned structural aid for the coal phase-out be better spent on saving the real economy?

Some farmers apparently view the pandemic as an opportunity to indefinitely postpone unpopular discussions about a shift to more environmentally friendly practices in agriculture. Industrial agriculture is one of the largest emitters of greenhouse gases in the country, after the energy, industrial and transportation sectors.

Many farmers hope that as producers of the nation's food supplies, they will be more or less excluded from environmental protection measures. The protest movement "Land schafft Verbindung," for instance, attempted to derail an EU regulation on the use of fertilizer at the last minute with a legal injunction -- under the dramatic slogan: "If the plants go hungry, everyone goes hungry!" Their attempt bore fruit, too: They managed to successfully get the measure through the Bundesrat, Germany's upper legislative chamber, under the condition that the farmers would follow the regulation next year. When it comes to agriculture, the coronavirus has scored at least one point against climate protection.

If some farmers, as well as Oettinger and other conservative economic policymakers, have their way, climate protections could soon be massively rolled back.

The Public Is Behind Climate Protection

Environmental activists, at least at first, will be largely powerless to fight back. Olaf Bandt, the chairman of BUND, the German chapter of Friends of the Earth, has shown support for the billions of euros in aid that welfare systems and the economy have received. He has also called for a "Green Deal" so that the economy can really take off again after the crisis.

Even German Environment Minister Svenja Schulze is deliberately holding back. "The current focus is on managing the pandemic," she says. But she adds that "the development of an economy based entirely on renewable energies" must remain a priority. At least in the medium term. "This was our task before the pandemic and its vigorous implementation will also have to be part of our strategy for the economy," Schulze says.

In mid-March, she presented the 2019 figures for greenhouse gas emissions, highlighting for the first time a noticeable reduction. It would have been an ideal prelude to finally achieving a breakthrough in climate protection. Germany would have only needed to clarify the remaining issues on its phase-out of coal and some distancing rules for wind turbines and it could have taken over the EU Council presidency in July as a model country for climate protection.

But instead, its environment minister went quiet. Calls for more climate protection would have not been well-received among voters in the current environment, her advisers believed. Their concern may have been unfounded. According to a survey commissioned by DER SPIEGEL, only one in three people in Germany is in favor of scaling back regulations on climate protection in light of the coronavirus.

Thirty-five percent of all respondents told the pollster Civey that they were in favor of "relaxing climate protection measures in Germany due to the corona pandemic and its economic consequences." According to the survey, 57.3 percent were opposed. Meanwhile, Schulze has begun to go on the offensive again, though only timidly. "Of course, we will have to design economic stimulus programs after the corona crisis in such a way that they help us master the future challenges of our economy," she says. Naturally, this includes the establishment of a climate-neutral economy in order "to be better able to deal with other crises."

Companies Working Toward a Green Future

Her newfound courage may also be due to the fact that she is receiving encouraging signals from businesses. Perhaps unexpectedly, there aren't calls for a counter-revolution. "Companies assume that after the corona crisis, they will have to further drastically reduce greenhouse gas emissions in their production," says Bernhard Lorentz, a manager. Lorentz heads a taskforce for the transformation of industrial groups at the consultancy firm EY. Just a few days ago, a new customer from the steel industry hired him as a consultant. In fact, Lorentz expects the pressure on companies to increase. In this crisis, "the winners will be those who are the most technologically advanced and have come furthest on the road to climate neutrality." He advises his clients to keep pursuing a shift to renewables -- not in spite of the current crisis, but because of it.

German industry shares this assessment. This is particularly true for companies that produce an especially high amount of CO2 and have, therefore, long been forced to reduce their greenhouse gas emissions. Take BASF, for instance.

"Our goal of climate-neutral growth by 2030 remains unchanged," says a spokesman for the German chemicals giant. Compared to 1990, the Ludwigshafen-based company has halved its CO2 emissions in absolute terms while roughly doubling its production. In order to further significantly reduce emissions, BASF must develop new technologies, including the production of green -- i.e. CO2-neutral -- hydrogen. The group is planning big investments.

This strategy will continue to be pursued further, the company says. At the moment, BASF, like others in the industry, is even benefitting from the fact that lower production is also reducing CO2 emissions. The price of emissions certificates, with which companies can buy their way out of reducing their greenhouse gas emissions, has fallen by around a third since the outbreak of the coronavirus. HeidelbergCement is formulating its commitment to climate policy even more aggressively than BASF. The cement manufacturer is a major CO2 emitter and has been working on a transformation for years. "It would be wrong if we were to abandon our CO2 targets now," the blue-chip company explains. "The climate crisis won't go away because of the corona epidemic."

This week, HeidelbergCement announced that it was finalizing a process that would allow CO2 emissions produced during cement production to be captured and used for other purposes. "We are thus demonstrating that it's possible to significantly reduce the environmental footprint of cement production," says CEO Dominik von Achten.

Careful With the Auto Industry

The automotive industry has been particularly affected by the pandemic. Production has been halted for an indefinite period. Outside China, where the economy has gradually begun to recover, few cars are being sold anywhere right now.

A sales offensive for electric cars was supposed to begin this summer. Car companies face fines in the billions if they don't manufacture enough e-cars. Industry analysts expect the EU will soften its strict CO2 targets at least for 2020. No one wants to sound the death knell for Europe's most important industry.

"We therefore believe," the letter concludes, "that the timing of these laws needs to be adjusted."

The advocacy appeared to be coordinated because on Saturday, ex-EU Commissioner Oettinger also chimed in. But the advance ultimately fizzled out. The German Association of the Automotive Industry (VDA) has warned against further, last-minute tightening of fleet limits for 2025 and 2030. "Our companies need planning security," says association president Hildegard Müller. But at the same time, she makes one thing clear: The automobile industry intends to adhere to the Paris climate targets for 2050 and existing CO2 targets. "The industry is in the middle of a transformation process," Müller says, "and is determined to continue this process." BMW, Daimler and Volkswagen were similarly pragmatic. In addition, the VDA stated that the letter to the EU was mainly directed against the imminent introduction of stricter type-approval procedures.

The different messages indicate that the assessments in Europe's car industry are currently diverging.

'Use the Crisis as an Opportunity'

ACEA President Mike Manley, one of the letter's signatories, is CEO of Fiat Chrysler. The Italian-American car company hardly has any electric cars on offer and a moratorium on CO2 targets would certainly be convenient.

VW boss Herbert Diess, on the other hand, has fully steered his company into the realm of e-vehicles. He doesn't want to let the coronavirus take his company's competitive advantage away from him again.

The German automotive industry is already considering a stimulus and innovation package in Berlin and Brussels that will strengthen both purchasing power and climate protection. An investment fund is to be set up to promote projects such as the production of electric batteries, renewable energies and charging stations. "We should use the crisis as an opportunity to position Europe more confidently," says one high-ranking auto company representative, "so that we're not crushed between the U.S. and China in the future."

The executive is receiving support by the economist Christoph Schmidt, the president of the RWI - Leibniz Institute for Economic Research. He's one of the main authors of a study by the scientific association Acatech, which has outlined a future-oriented economic stimulus package for the period after the crisis. "We must ensure that we create the right structures for reconstruction, including for climate protection."

Climate researcher Reinhard Hüttl from the German Research Center for Geosciences in Potsdam sees no other option for the economy anyway. The coronavirus is a poor excuse for a sloppy handling of the climate issue, he says, adding: The problem of global warming hasn't gone away just because it has disappeared from the headlines. 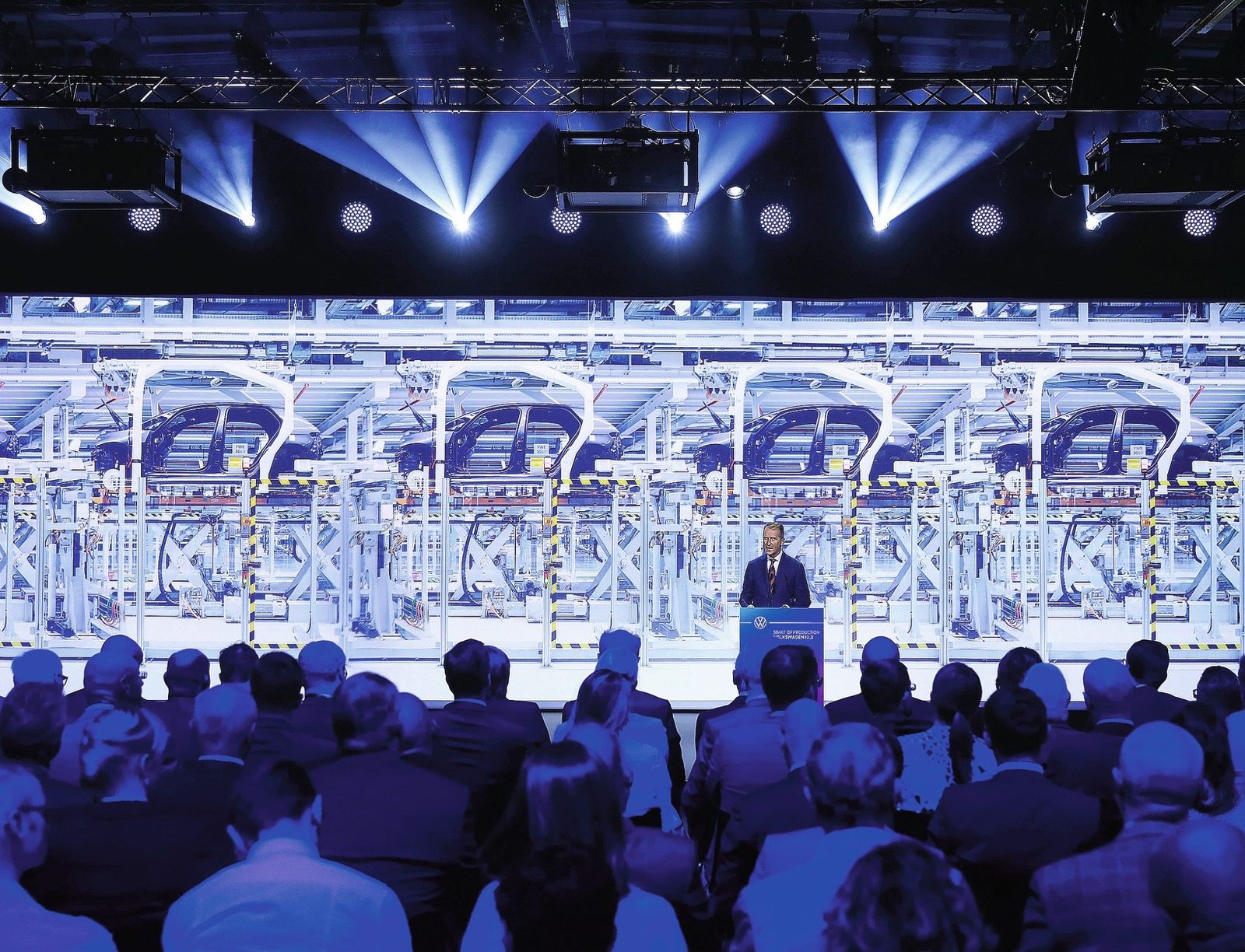 VW chief Herbert Diess gives a speech in Zwickau in 2019. 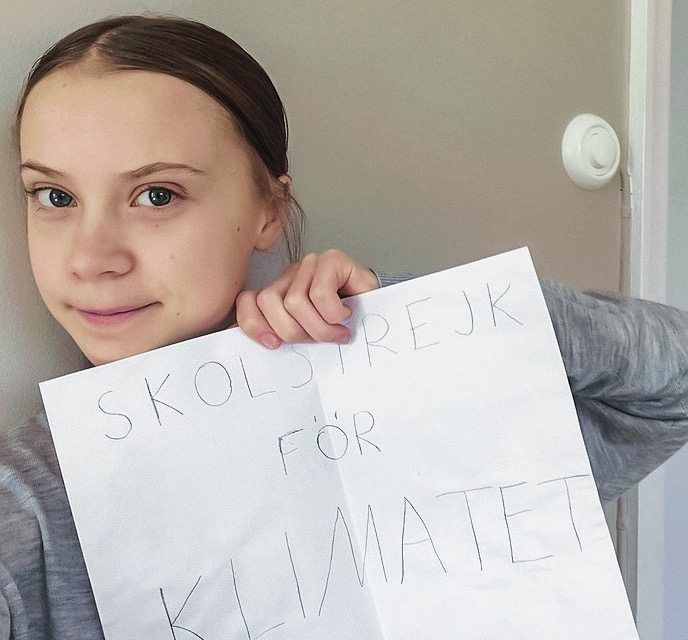 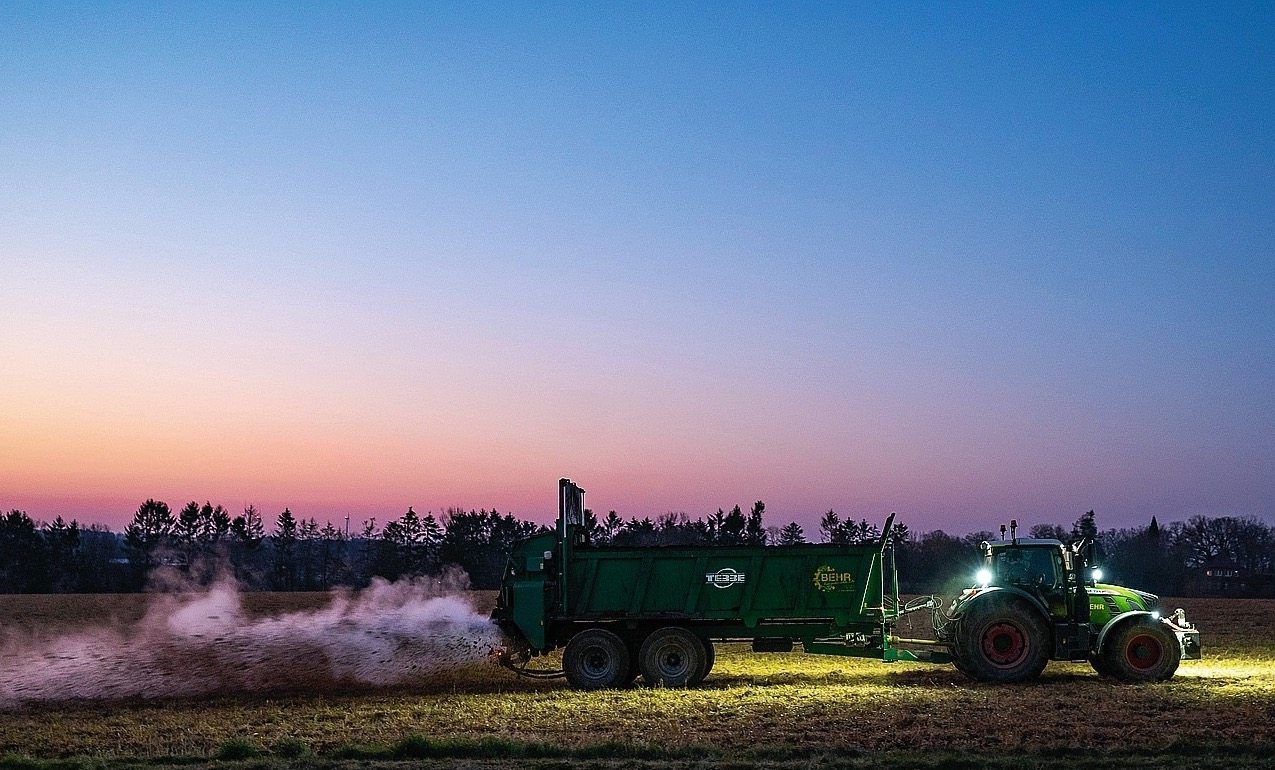