The Turkish government on Saturday welcomed the ruling by Germany's highest court requiring that foreign media should have access to the trial of Beate Zschäpe, an alleged member of a German neo-Nazi terror cell that killed 10 people, most of them of Turkish origin.

The ruling by the Federal Constitutional Court in Karlsruhe was a "step in the right direction," said the Turkish Foreign Ministry. It added that Turkey now hoped the Munich Higher Regional Court where the trial is due to start on April 17 would guarantee proper access to the proceedings for Turkish media representatives.

Although most of the victims were of Turkish origin, not a single journalist from a Turkish media outlet had been provided with a reserved seat. The Munich court had allocated 50 seats to all media on a first-come-first-served basis, but, in the event, none went to Turkish journalists.

Its refusal to make any changes despite repeated calls from foreign and German media and politicians sparked criticism that it was being insensitive and unnecessarily intransigent.

The controversy threatened to damage Germany's international image and was overshadowing coverage of the trial. German authorities are already under fire for botching the investigations into the killings and for failing to consider they may have had a racist motive.

Zschäpe is one of three suspected members of the National Socialist Underground (NSU), the group believed to be responsible for killing eight shopkeepers of Turkish descent, a Greek man and a policewoman between 2000 and 2007.

Turkish newspaper Sabah had filed a complaint with the Constitutional Court, saying the decision not to guarantee seats to Turkish media had violated its right to equality. The court ruled in its favor late on Friday.

"(The Munich court should) provide an appropriate number of seats to representatives of the foreign media with a special connection to the victims of the accused," the Constitutional Court said in a statement.

"It would be possible to open up not fewer than three places for an additional contingent (in the small courtroom)," it said, adding that it was for the court to decide how to allocate the extra seats.

The German government and German politicians from all parties welcomed the decision. Foreign Minister Guido Westerwelle told SPIEGEL ONLINE: "I am very relieved about the Karlsruhe decision."

The chairman of the Turkish Community in Germany, Kenan Kolat, said: "I am very pleased about this ruling. It has averted a judicial scandal. It was extremely necessary." The issue could have "cast a shadow over the entire trial," Kolat told Kölner Stadt-Anzeiger newspaper on Saturday. "I hope the court will now find a workable solution."

It's unclear what action the Munich court will now take to meet the requirement. A spokeswoman said the court would make no comment until it had reached a decision. 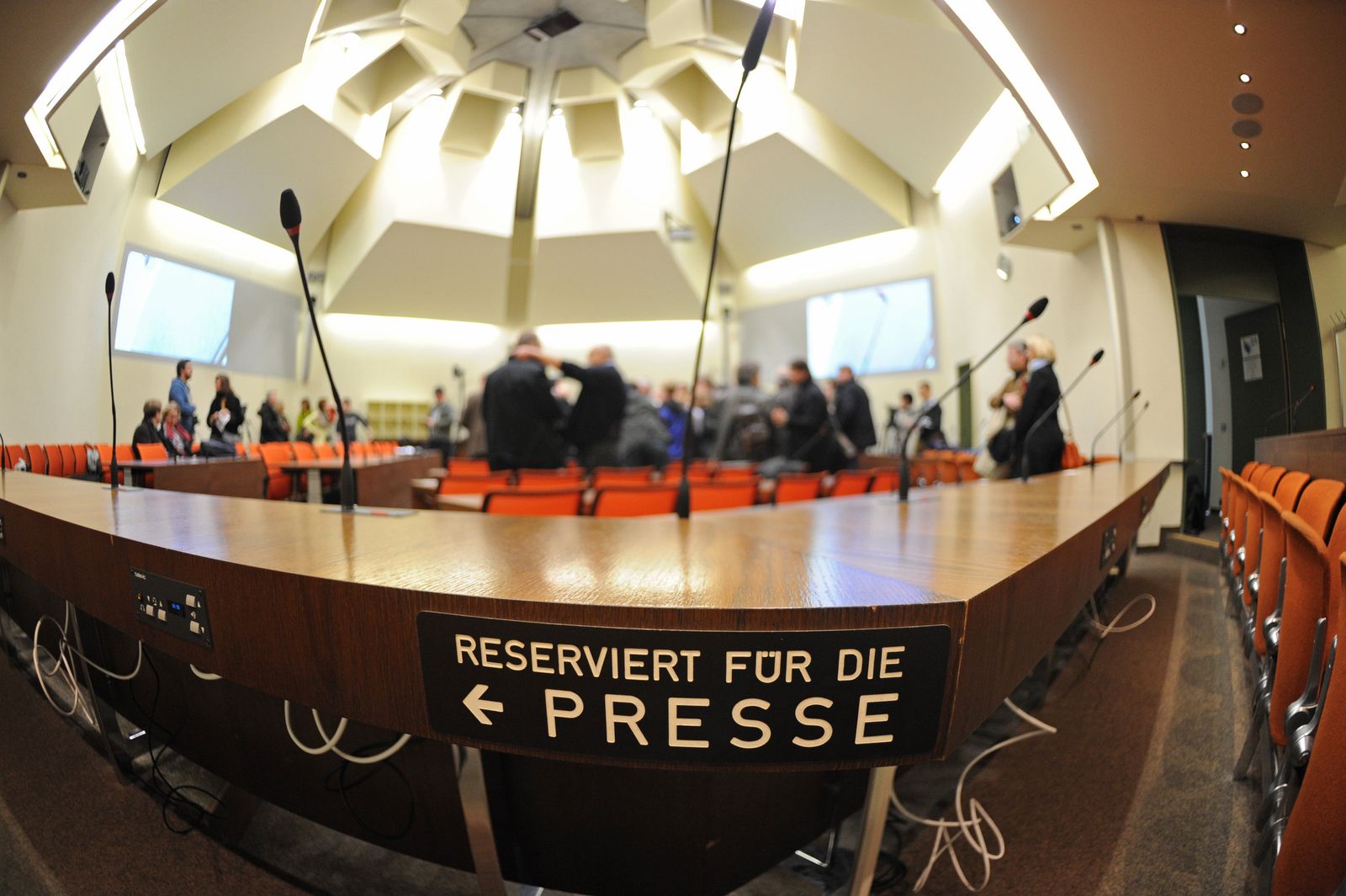 The Munich courtroom where the trial of suspected neo-Nazi Beate Zschäpe will open on April 17.