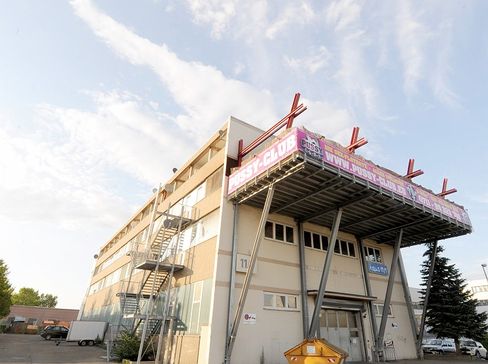 The "Pussy Club" near Stuttgart is no longer open for business.

A new trend in Germany -- flat-rate brothels that offer unlimited sex and food for a fixed sum -- has provoked mounting criticism from politicians, local residents and women's rights groups in recent months and led to police raids on such establishments in four cities on Sunday.

Some 700 officers raided so-called "Pussy Clubs" in Berlin, Fellbach near Stuttgart, Heidelberg and Wuppertal and two of them -- in Fellbach and Heidelberg -- have been closed due to poor sanitary conditions, officials said.

Massage beds and other furniture were found to be heavily soiled and one whirlpool was very dirty, said Christoph Palm, the mayor of Fellbach. The way food had been stored had also broken hygiene regulations, he said. In one case police had found evidence pointing to forced prostitution, he added.

A total of 12 people were detained in the Fellbach raid and the 25-year-old woman who managed the brothel was remanded in custody, together with an associate.

"Sex with Every Woman, As Long as You Want"

The other two brothels raided, in Berlin and Wuppertal, were allowed to remain open. The brothels in Fellbach and Heidelberg, both located in the southwestern state of Baden-Württemberg, advertise with the slogan: "Sex with every woman, as long as you want, as often as you want and how you want." 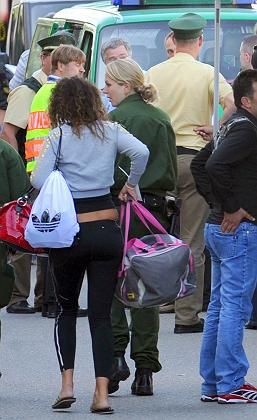 Police conducted ID checks on men and women in the flat-rate brothel in Fellbach near Stuttgart on Sunday.

The Justice Minister of Baden-Württemberg, Ulrich Goll, told SPIEGEL: "If one takes their advert seriously, it indicates a breach of the right to human dignity of the prostitutes who work there." He said the woman's right to self-determination had been hurt, which gave authorities the right to take action.

Prosecutors said the brothels were suspected of having employed foreign prostitutes illegally and of withholding social insurance contributions. All the prostitutes and all the clients found in the four brothels had their ID checked.

"Pussy Clubs" charge €70 during the day for unlimited sex, drinks, food and access to saunas and other "wellness" facilities. The price rises to €100 in the evenings.