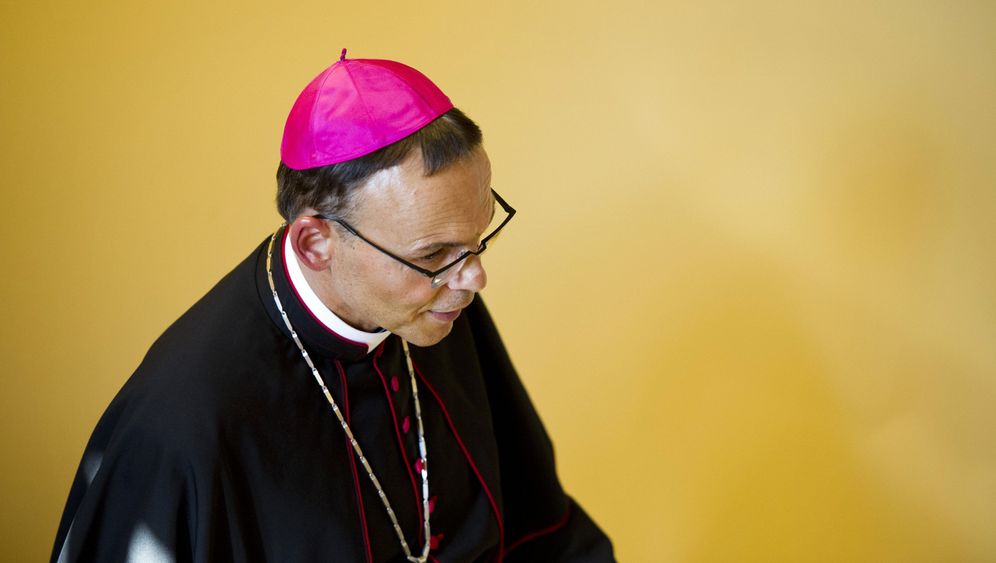 Pope Francis has ordered the controversial Bishop of Limburg, Franz-Peter Tebartz-van Elst, to leave his diocese for an unspecified period of time. The move was revealed by the Vatican on Wednesday following talks between the pope and Tebartz-van Elst earlier this week.

The statement said the bishop was "not currently in a position to carry out his episcopal ministry" and that an investigation and audit will be carried out in the Limburg bishopric while he is away.

Wolfgang Rösch, the current dean of the city of Wiesbaden who was due to take over as the bishop's vicar general on January 1, will step in.

The move comes amid growing criticism of Tebartz-van Elst's lavish spending, which has seen the cost of construction on his headquarters and residence balloon from €2.5 million ($3.44 million) to over €31 million.

The Antithesis of the Pope's Message

Going to this kind of expense is the antithesis of the pope's message of humility. Tebartz-van Elst -- who has been dubbed "Bishop Bling Bling" by the international press -- has been under fire for months for his administration of the Limburg bishopric. Already in March 2012, a group of priests accused him of having an authoritarian style of leadership, while earlier this year, more than 4,000 people signed an open letter opposing his administration.

He is also facing charges in Hamburg for making false statements in two public affidavits over business class flights to India in 2012.

The pope's decision -- which could see Tebartz-van Elst back in office at the start of next year -- has caused confusion and consternation in Limburg itself.

Some officials in the local church organization are having trouble understanding exactly what message the Vatican is sending. One employee at the church's headquarters in Limburg, sighing heavily, told SPIEGEL ONLINE he simply doesn't want to believe it: "Can the suspended bishop just come back here to Limburg again in a few months?" He hopes not, and that's the message he prefers to take from the pope's statement.

But the Holy Father has not yet made a final decision on Tebartz-van Elst's fate. A long-serving member of the Caritas charity told SPIEGEL ONLINE: "Tebartz-van Elst has caused a lot of problems for the bishopric, there is absolutely no future for him here. Do they really know what has happened here, or do they not want to have the truth?"

The pope has received reports on Limburg from various sources: A papal legate, Cardinal Giovanni Lajolo, traveled there in September; the chairman of the German Bishops' Conference Robert Zollitsch spoke to Pope Francis about the matter in the last week; and on Monday, before meeting with Tebartz-van Elst himself, he spoke to the Archbishop of Cologne, Cardinal Joachim Meisner.

Relatives of Tebartz-van Elst, meanwhile, have apparently been affected by the controversy as well. Johannes Winkels, the bishop's brother-in-law, reportedly told German tabloid magazine Bunte: "We get death threats everyday. By telephone or in letters." Winkels added: "My brother-in-law is already at rock bottom. But they want to destroy him even further, and his family as well. Ideally we would throw it all in and leave Germany." According to Winkels, Tebartz-van Elst's 87-year-old mother has also suffered from the situation, but his family is standing by him.

According to Bunte, the bishop is finding "support and matter-of-fact help" in Rome. A "Vatican insider" told the magazine: "In the pope's circle, they are convinced that he will not sacrifice the bishop. Pope Francis has already shown in Buenos Aires that he will not be driven by public opinion." The audience with the pope on Monday reportedly went "very well" for Tebartz-van Elst.