German Chancellor Angela Merkel's cabinet has declined to submit an application to ban the far-right National Democratic Party (NPD) at the country's highest court, after disagreements in the governing coalition prevented it from coming to a consensus.

The pro-business Free Democratic Party (FDP), the junior coalition party, said they could not sign an application to outlaw the party. FDP chairman Philipp Rösler, also the economy minister and vice chancellor, told reporters in Berlin on Monday that "you can't ban stupidity," adding that the NPD must be fought with political means. The cabinet decision was due to be formally announced to the public on Wednesday.

The NPD, which holds seats in two state parliaments, vehemently opposes immigration and rejects the German constitution, claiming it was imposed on the country by the victorious Allies after World War II. Germany's domestic intelligence agency has called it a "racist, anti-Semitic, revisionist" organization determined to abolish democracy and create a Fourth Reich.

Germany's upper house of parliament, the Bundesrat, agreed last December to present its own case against the NPD to the Karlsruhe-based Constitutional Court. But now the decision by the cabinet not to join the Bundesrat, which represents Germany's 16 federal states, could weaken the body's case.

News reports said the official cabinet statement acknowledged the Bundesrat's application "with respect," but that it found submitting its own additional application to outlaw the NPD "unnecessary."

The NPD took the unusual step in November last year of seeking to preempt a ban by submitting its own request for the Constitutional Court to review its legality. The court rejected the application earlier this month on procedural grounds.

In 2002 the cabinet, the Bundesrat and the lower-house Bundestag all petitioned the Constitutional Court to outlaw the NPD. The court rejected the ban the following year on the grounds that the party had been infiltrated by a number of government informants, and that those agents had a hand in shaping its policy.

German media commentators on Tuesday mostly agree with the cabinet's decision. They argue that while forcing the Bundesrat to make its case alone carries some risks, another failure to ban the NPD at the Constitutional Court poses the even greater risk of inadvertently making the party stronger.

"It remains unclear whether FDP chairman Rösler meant only the NPD when he said, 'You can't outlaw stupidity.' In any case, the German government is no longer able to resolutely speak out in favor of a ban on the party, after the ministers belonging to the Free Democrats announced their opposition before the cabinet decision was made public. Chancellor Merkel had made clear that she aimed for a unanimous decision in the cabinet."

"The path to Karlsruhe, however, is already laid out, since the Bundesrat has already committed itself to the ban. But even among the states there's still no unanimity. Numerous Green Party state representatives from various states see a new attempt to ban the NPD as unpromising, saying the prerequisites for a ban are simply not there."

"It's really no scandal to keep one's distance from this obsessive-compulsive hand-washing ('political hygiene'). Whoever goes to Karlsruhe is responsible for a potential failure -- but we all have to deal with the consequences."

"The government took an agonizingly long time to reach a decision. Angela Merkel needed three months to speak out against a bid to ban the NPD. That may be due to the nature of the chancellor. She is not regarded to be the chancellor of clear commitments. But this time the situation was especially tricky."

"On the one hand the majority of the cabinet, most of all the FDP ministers, had doubts about the ban request. The danger is too great that the case could fail before the Constitutional Court or the European Court of Human Rights. And the usefulness is too small, in light of an NPD that currently wins less than 1 percent of the vote in elections."

"For the FDP, this is less about the issue than gaining a foothold in the election campaign. But to be fair, (the party) isn't alone. Even an unusual alliance on the issue -- which included Bavarian Prime Minister Horst Seehofer, the Social Democrats and Greens -- was influencd by such considerations. They did not seriously pursue a common approach in the Bundesrat, Bundestag or federal government. They simply wanted to position themselves as model democrats with their inroads in the Bundesrat."

"The argument that renewed failure at the Constitutional Court would only serve as grist for the NPD's mill came from them. The far-right party is also taking advantage of the worn-out doubts of well-meaning democracy advocates about the possibility of a ban. Is there a way out of this embarrassing situation? Not in sight. Or is there? The NPD is swiftly losing its relevance. A rejection of the party by the voters would make a ban unnecessary."

"Fighting neo-Nazism, just like right-wing extremism, is the duty of society as a whole. The Constitutional Court can decide to ban the NPD from receiving money from taxpayers, thereby prohibiting their depressing existence in the political party landscape. But the reasons why thousands of people are voting for a xenophobic, nationalist-nostalgic party are not solved."

"It speaks a bit to the authoritarian dreams of the Germans that a high court decision could stamp out a political evil. This is an illusion. The abolition of the NPD and other unappetizing parties has to happen at the ballot box." 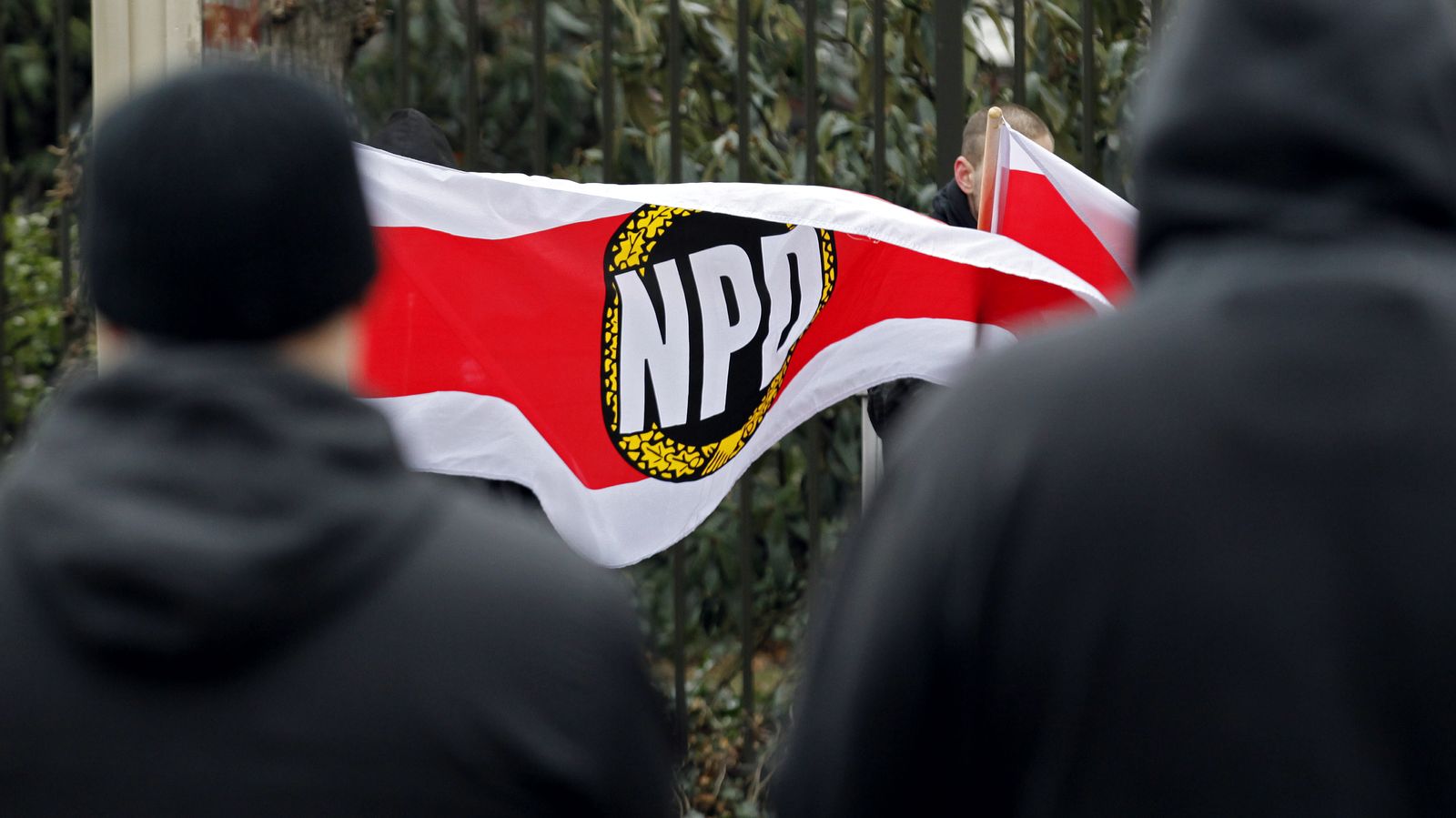