The "Bologna reforms" of higher education were supposed to benefit students. But in Germany, at least, they have proven unpopular with many young people at universities.

The Bologna Process, which began in 1999, was intended to modernize Europe's university education system, increasing intercompatibility between institutions and making it easier for students to switch between universities or study in a foreign country. In Germany, where students often studied years longer than in other countries, the focus was on replacing the old degree system with a bachelor's/master's degree system, where students could graduate with a bachelor's degree and enter the world of work after just three years, or go on to study for a master's degree.

But many students in Germany dislike the reforms, which have massively changed the higher education landscape in the country. They complain that too much material has been squeezed into the three-year bachelor's degree and that there are not enough master's program places to go around. They also say that the planned standardization of courses has not happened, making it hard to switch between universities. Some have also criticized the new system for being too focused on preparing students for the workplace, instead of giving them a broad education.

Now, on the 10-year anniversary of the reforms becoming law in Germany, university leaders are taking stock. Horst Hippler, the head of the German Rectors' Conference (HRK) which represents higher education institutions, harshly criticized the Bologna reforms in an interview with the Tuesday edition of the Süddeutsche Zeitung.

The current approach of hurrying young people through their studies and getting them into a job is wrong, Hippler told the newspaper. The universities have to educate people as well as training them for a job, he said, something that doesn't happen with the new bachelor's degree. He said companies wanted to hire well-rounded individuals, not just graduates. But students required more time in order to develop their personalities, he said.

Hippler also said that the goal of making it easier for students to study abroad has not been reached. The new European Credit Transfer and Accumulation System (ECTS) has not made courses intercompatible and getting credits recognized can still be difficult, he said.

In the Süddeutsche interview, Hippler also said that German universities needed more money to cope with the current flood of students. The HRK recently warned of a bigger than expected increase in people enrolling at universities, causing financial shortfalls at institutions.

Hippler's comments contradicted those of Education Minister Annette Schavan, who last week praised the Bologna reforms as "a European success story." Schavan said the goals of making studying more international and reducing the time it took to get a degree had been fulfilled.

On Wednesday, German editorialists examine the success of the Bologna reforms.

"The Bologna reforms, which began exactly 10 years ago, were ambitious. They fundamentally changed German degrees and universities, making them more international and shortening the period of study."

"But to uncritically call them a success is going too far. Education Minister Annette Schavan is being too easy on herself. In reality, many of the goals of the reforms have only partially been met. Horst Hippler has now clearly identified the problems. The number of students switching universities is far too low, while the number of people dropping out is too high. The structures are far too inflexible to cope with students spending semesters abroad, or for the realities of combining studies with having children and working part-time. It's true that the new system produces graduates more quickly, but unfortunately it produces fewer people who fit the profile that industry actually wants."

"But the universities themselves are partly responsible (for the fact that the problems have not been fixed). At the moment, they are not really interested in carrying out new reforms. They have to deal with larger numbers of students than ever before because of demographics and school reforms -- and they are happy if they can get rid of them again after three years with a bachelor's degree in their hand. But many of those people want to keep studying, as they have a better chance of getting a job if they have a master's. But the universities don't have enough money to offer more places in master's courses."

"The new president of the German Rectors' Conference is dissatisfied with the Bologna reforms. Many people agree with him. But there is no reason to abandon the bachelor's/master's system and return to the old degrees."

"Sure, there are still enormous problems with the largest reforms that our universities have ever experienced. (…) But many problems have nothing to do with the Bologna Process. Nowadays, 2 million people are studying in Germany. This is a large-scale phenomenon where the nice old ideals of an well-rounded humanistic education can no longer be achieved everywhere. That was however already no longer possible in many subjects in the 1980s and 1990s."

"Germany has implemented the Bologna reforms with typical German thoroughness, overdoing some things in the process. Many universities would now like to focus on their core functions, which is already difficult enough due to the hordes of students and a lack of money. Nevertheless, the reform of the century will still have to mature for many years, before it is completely successful."

"The Bologna Process is controversial for good reason, but there is no alternative. Even the harshest critics of Europe's biggest ever higher education reform recognize, 10 years after its introduction, that the basic political idea is and was compelling: allowing people to study without borders and creating unimpeded exchanges between researchers at Europe's universities. The fact that often more hurdles were created than removed cannot be blamed entirely on the reforms. When Horst Hippler criticizes Bologna, he is only half right. He and other university heads had it in their power to reorganize university degrees to correspond to their ideas."

"This year, more students are flocking to the universities than ever before. But the brightest and the best of our supposed knowledge society have to first fight for a place in the overcrowded lecture halls. That has little to do with the Bologna Process and everything to do with the fact that the promise to make education a priority in Germany has not been kept." 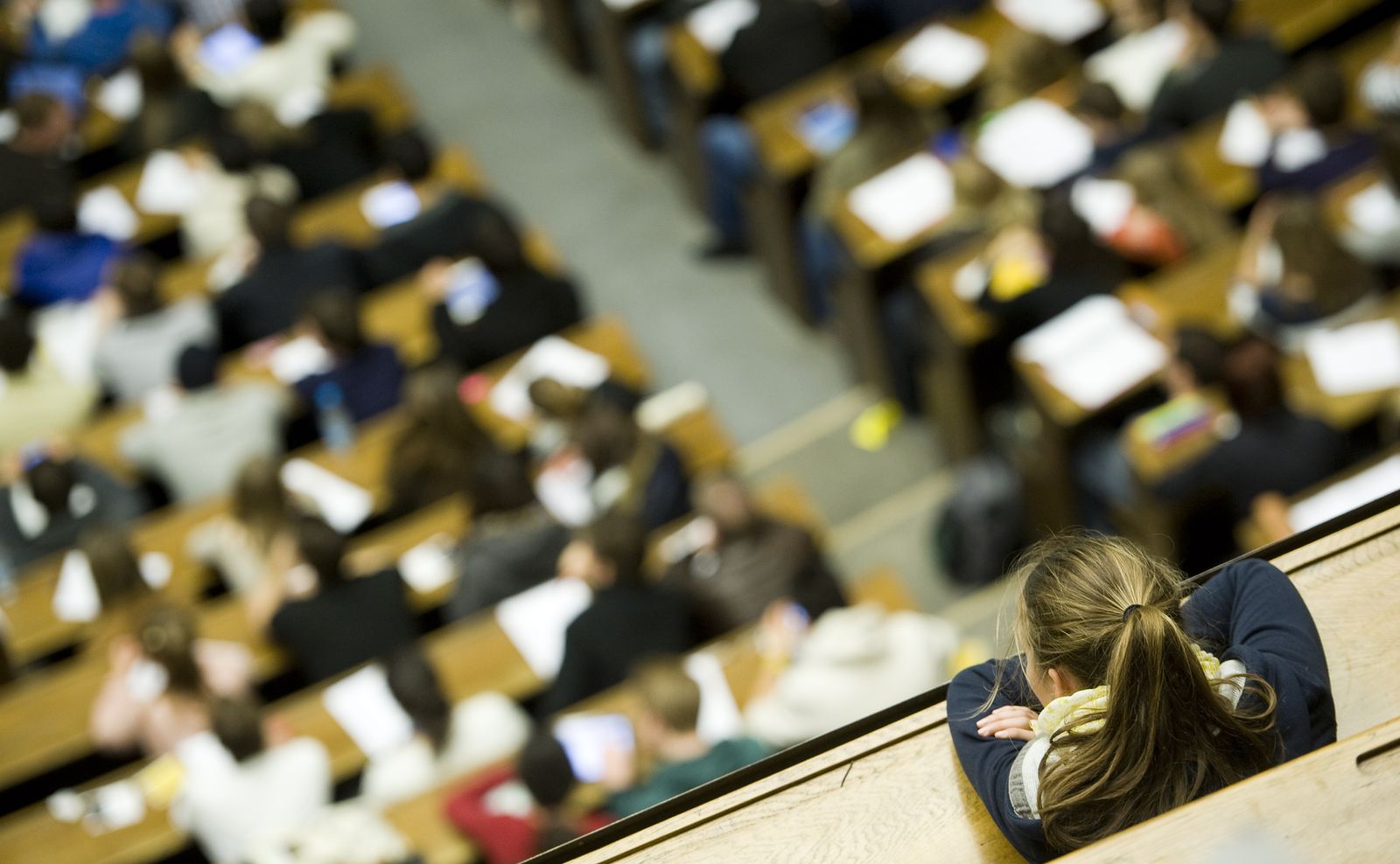 Overcrowded lecture halls are a problem at many German universities.