Who loaned Christian Wulff €500,000 ($660,000)? Was it entrepreneur Egon Geerkens, or his wife Edith? The answer to this question will determine the credibility of the German president, but it appears that Wulff has not been forthcoming with all the details.

Wulff has maintained that he accepted a private loan from Edith Geerkens while he was still governor of Lower Saxony in 2008, and has denied having business ties with her husband. But now new information has emerged revealing that the money for the loan came de facto from Egon Geerkens himself.

Egon Geerkens, 67, told SPIEGEL that he, not his wife, led the negotiations over the loan. He said that he had considered "how the deal could be handled." Furthermore, the friendly connection between the two families was based on the relationship between Wulff and him, Geerkens added.

The payment of the loan was conducted via Edith Geerken's bank account, as stated by Wulff, but Egon Geerkens had power of attorney over the account. The repayment of the loan in 2010 was done through an account that belonged to both spouses.

A further circumstance suggests that the original owner of the large sum was Egon Geerkens himself. When he married Edith in the 1990s, Egon was already wealthy, while his new partner, who was an employee at his jewelry store, brought only a small income to the relationship. After they married, she quit working. Additionally, the two agreed to separation of property.

According to the entrepreneur, they specifically chose a way to transfer the money without having the names of the involved parties come to light. "We are both very well known in Osnabrück," Geerkens told SPIEGEL. "And I didn't want some bank trainee to see that so much money was flowing from me to Wulff." Thus an anonymous Bundesbank check was issued and given to Wulff to cash.

Another detail involving real estate reveals that Egon Geerkens typically took care of financial matters in his marriage. In 2008, his wife Edith purchased a Florida home for about $1 million. It was the same home where Wulff reportedly vacationed during the Christmas holidays in 2009. The money for the home had been transferred to Edith from Egon via a notarized loan contract.

The controversy over the loan arose on Tuesday when German daily Bild reported that Edith Geerkens had granted a loan for a half-million euros in October 2008, at an interest rate of 4 percent, which the Wulffs used to buy a house on Oct. 1, 2008 for €415,000. But Wulff had denied having business ties to Egon Geerkens in response to a state parliamentary question from the opposition Green Party in 2010.

On Thursday, Wulff broke his silence on the issue, admitting that he had made mistakes in connection with accepting the loan. "I recognize that the wrong impression could arise here," Wulff said in a written statement. "I regret that."

The president, whose role is largely ceremonial, said he should have acknowledged the matter sooner despite having nothing to hide because the matter was private.

In response to an inquiry by opposition parties, the council of elders of the Lower Saxony state parliament plans to readdress the affair on Tuesday. 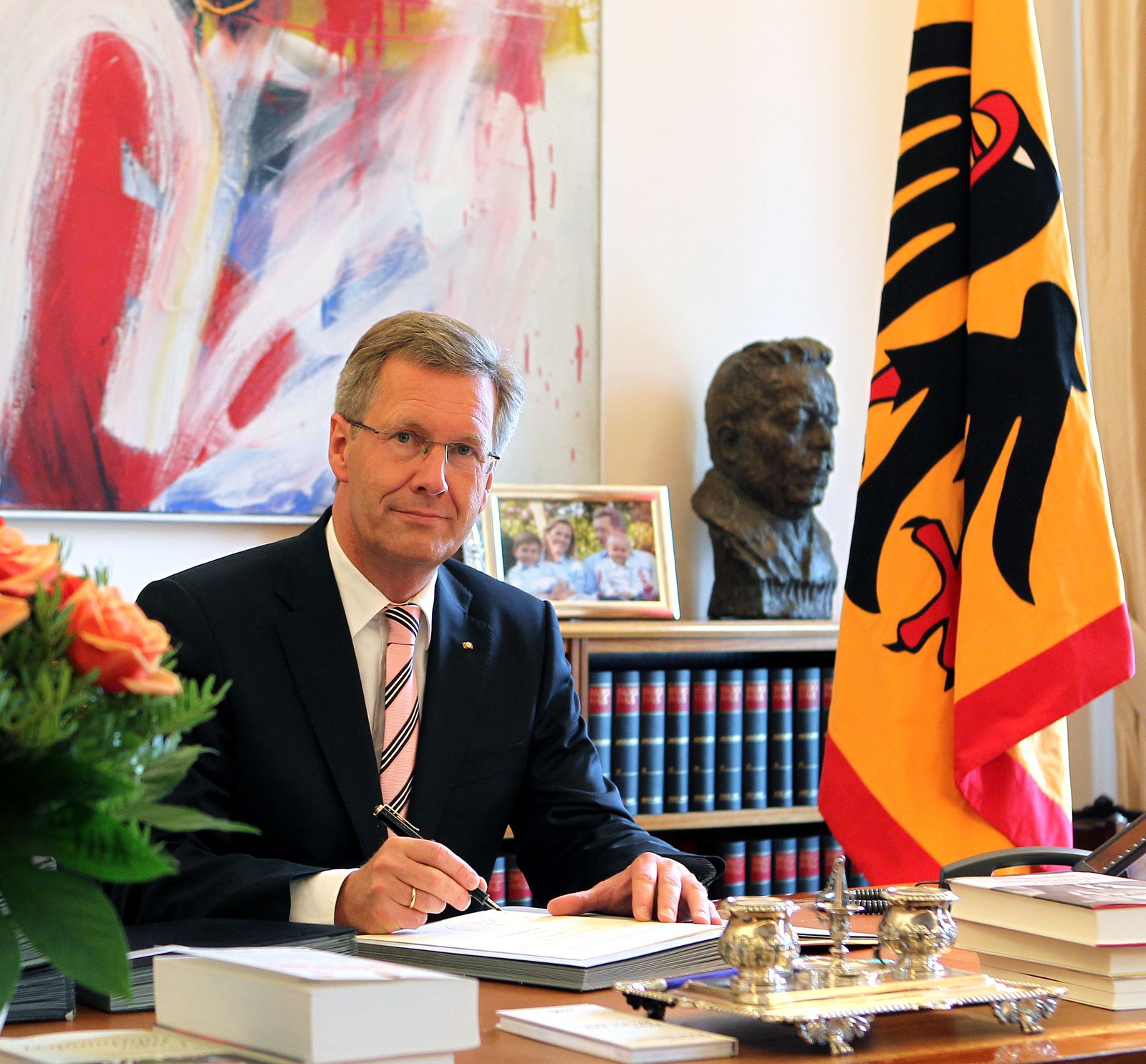 President Christian Wulff is under pressure over a private loan.