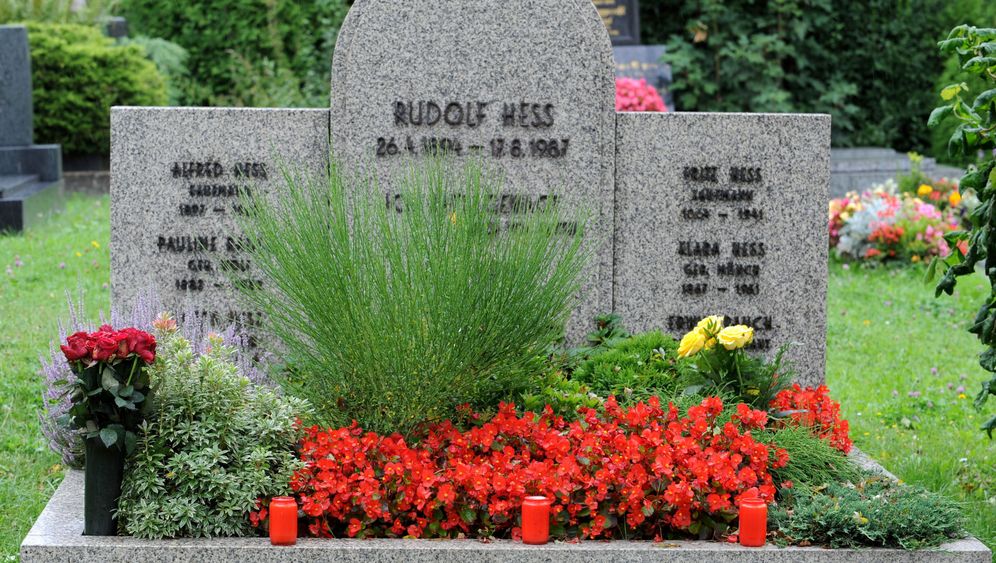 Until such gatherings were banned in 2005, each year hundreds, and sometimes even thousands, of neo-Nazis would gather in the northern Bavarian town of Wunsiedel to march in honor of Rudolf Hess on Aug. 17, the anniversary of his death. But tired of the embarrassment and trouble caused by the marches and pilgrimages to his gravesite there, the community removed the grave this week, daily Süddeutsche Zeitung reported Thursday.

With permission from members of Hess's family, workers exhumed the body and took down the headstone before dawn on Wednesday morning, the paper said. His remains will now be cremated for a sea burial, in hopes of discouraging further interest by neo-Nazis. His gravestone, which read "Ich hab's gewagt," or "I have dared," was taken down.

Hess, who was Nazi leader Adolf Hitler's deputy and personal secretary, is seen as a martyr by the far-right. During the Nuremberg Trials he was sentenced to life in prison. He later committed suicide in 1987 at the age of 93 as the only inmate at Berlin's Spandau Prison.

In his will, Hess had specified his wish to be buried in Wunsiedel, where his parents had owned a holiday home and were also buried. Aware of the Nazi politician's status within the neo-Nazi community, the Protestant parish there initially resisted the request.

But church members later acquiesced, unwilling to refuse the last wishes of a dead man. As neo-Nazi activity there increased, however, church leaders changed their minds and sought to have the grave removed. Their opportunity came with the upcoming expiration of the gravesite's lease contract in early October, and they refused to renew the contract.

One of the Nazi leaders' nieces initially took legal action against the decision. But according to long-time head of the Wunsiedel district authority Peter Seisser, the family was later persuaded to accept the grave's removal without going to court, the paper reported.