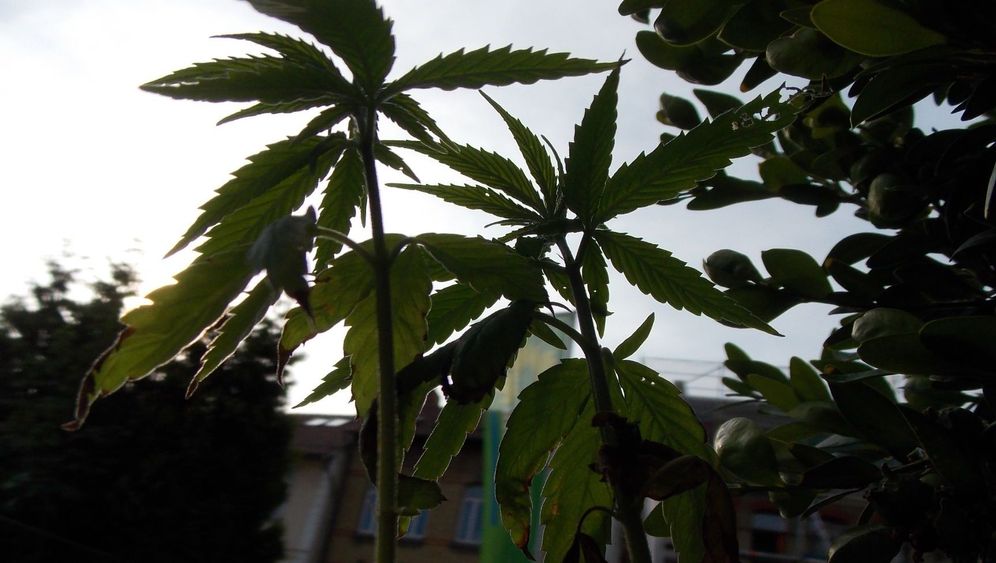 The university town of Göttingen is getting greener and greener. But not everyone is pleased: The new plants sprouting up in parks, planter boxes and gardens across the city aren't part of an official city-beautification project. They're part of a pro-marijuana protest.

In early June, a group calling itself "A Few Autonomous Flower Children" spread several kilograms of marijuana seeds throughout the city. Only now are the fruits of their labor beginning to emerge from the soil. "We can't set eyes on this useful and beautiful plant because it's absolutely forbidden in Germany to grow it," the group wrote in a letter claiming responsibility for the action. And they say that's not right.

Planting the seeds was a protest against Germany's "restrictive drug policies," the group said, arguing that it's incomprehensible "why cannabis, unlike alcohol, cannot be legally purchased." They called the absolute ban on the cultivation of marijuana plants -- even ones with low levels of the psychoactive agent tetrahydrocannabinol (THC) -- absurdly strict, and said their actions were a "sign against the demonization of cannabis." The group emphasizes that the strain of cannabis they planted across the city had low THC content.

Thedecriminalization of marijuana in Germany has been a controversial issue for years, as it has been in many countries around the world. Opponents argue that the drug is by no means harmless, which is why it should remain illegal.

Proponents say the legal drugs of alcohol and tobacco are far more dangerous than cannabis -- and they use numbers to back their argument up. Tens of thousands of people in Germany die each year from causes related to alcohol and tobacco consumption. They also argue that the criminalization of marijuana brings users in contact with crime rings, where harder drugs also circulate.

'The Majestic Beauty of this Magnificent Plant'

The Flower Children have found support in the local chapter of the Green Youth (GJ), the youth wing of the Green Party. "The legalization of hemp is a matter of interest for us," a spokesman said. A similar pot-planting protest took place last year in Göttingen, he said, but on a much smaller scale. "Now the plants are spread out across the whole city."

In order to increase the public discussion of the issue, the GJ started a photo competition, now in its second round. About 40 photos of pot plants were submitted, but no winner will be chosen. "The beauty of the photos is enough," a spokesman said.

The GJ published the photos on its website (German only), and called on the readers to "enjoy with deep relaxation the majestic beauty of this magnificent plant!" The pot plants appear in meadows and in front of houses -- even in front of the city's police station.

The police, not surprisingly, are not as taken with the plant's supposed beauty and have launched an investigation for violation of narcotics laws. "This action is a big deal, people really put effort into it," said Göttingen police spokeswoman Jasmin Kaatz. Everywhere seeds could be sown, hemp plants are sprouting, she said.

The police said they are using the photos on the GJ website to identify numerous spots where the plants are appearing. Patrolling officers are vigilant, Kaatz said, and destroy any plants they see while on duty. "Everything that looks like hemp is torn out," she said.

Employees of the parks department are also working to rid the city of the plants. Detlef Johannson, spokesman for the city government, said 70 plants have been removed so far and that more should be expected.