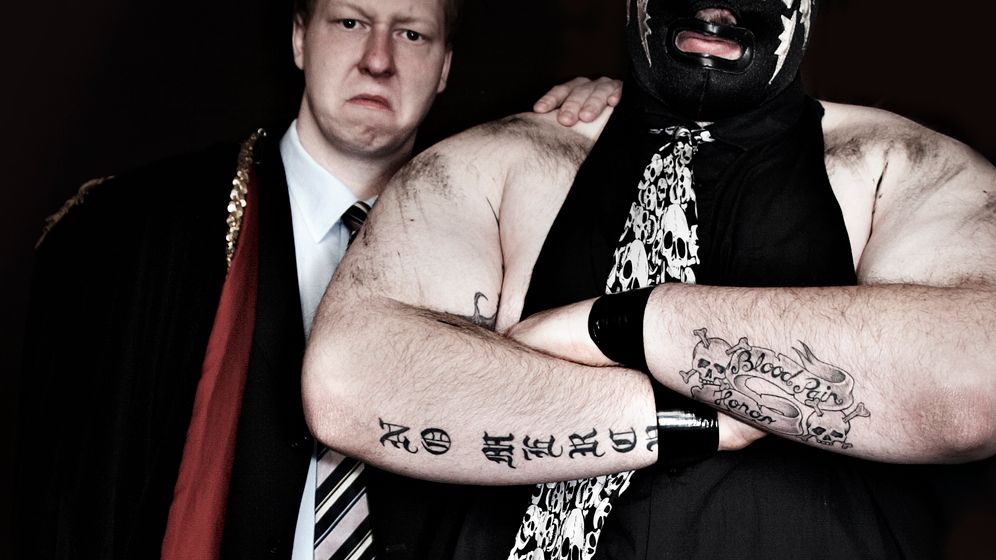 When professional wrestler Matthias Ilgen enters the ring as the "Baron of Ilgen," it's pretty clear where the audience's sympathies lie. Hissed and spat at by onlookers, Ilgen plays the role of the bad guy. His competitor, meanwhile, enjoys the audience's full support: When Ilgen takes a blow to the head, the audience breaks out in applause. When his competitor has him in a choke hold, the crowd goes wild.

But Ilgen is a different person outside of the ring. The 29-year-old, who comes from Husum -- a northern German city close to the border with Denmark -- will soon be entering the German parliament as a member of the center-left Social Democratic Party (SPD).

While the United States has seen at least one prominent wrestler -- Jesse "The Body" Ventura -- enter into office as the governor of Minnesota in 1999, such developments are highly unusual in Germany. The move will make Ilgen the first professional wrestler to take a seat in the Bundestag.

Professional wrestling is an American combat sport which is more about entertainment than competition. Each tournament is a theatrical performance depicting the fight between good and evil, with one contestant representing the hero and the other playing the villain.

The blows they trade aren't painful. They are skillfully choreographed, with contestants stopping short of actually making contact with the opponent. When wrestlers smash a chair over their competitor's back, it is usually a prop made of easily breakable plastic, ensuring that its impact does not cause harm.

The combat sport made its debut in Germany in the late 1980s, when the star of the scene was Hulk Hogan. Ilgen, then a young school boy, collected Hulk Hogan figurines and dreamed of a career in professional wrestling.

While studying at college in Hamburg several years later, Ilgen learned that Germany had its own wrestling league, and promptly started training. Within a matter of years, he was a member of the country's wrestling elite -- partly due to the fact that Germany's wrestling industry remains relatively small compared to its American counterpart. Ilgen competed in the German wrestling championships in 2007, but was eliminated in the early stages.

Ilgen doesn't mind being cast in the role of the bad guy. Acting the part of the villain is a challenge, after all. Ilgen once said in an interview that there was a certain thrill to getting the timing right and delivering an unexpected blow at the very moment the crowd thinks he's finished. "You have to allow yourself to be made a fool of sometimes," he said.

Ilgen's attitude makes him well-prepared for his new job as a parliamentarian. Ilgen's remit isn't the most straightforward -- it includes the economy, infrastructure and the implementation of Germany's Energiewende, or shift from nuclear to renewable energies in his home state of Schleswig-Holstein. "We have to do more for small- and medium-sized businesses," he says.

During his student days in Hamburg, the young wrestler set up a "Job Café" to help the long-term unemployed find their way back to work -- an initiative which caught the attention of the Hamburg chapter of the SPD. In April 2012, Ilgen drew attention to himself once again by gate-crashing an event in Husum attended by then-chancellor candidate Peer Steinbrück and two journalists.

Ilgen took the opportunity to dissect the party's course from the perspective of a grass-roots SPD campaigner. Steinbrück was gobsmacked. Months later, however, the candidate identified Ilgen as one of the party's up-and-coming political talents.

Similar to his experience in the ring, Ilgen may very well get berated and insulted in his new job as a politician -- but at least in the Bundestag, there are unlikely to be chairs flying at his head.