There are four million Muslims living in Germany. They eat, drink and pray in accordance with the precepts of the Prophet Muhammad. But when it comes to monetary transactions, the principles of the Koran have played hardly any role in Germany. That is about to change.

Early next year, the first Islamic bank in Germany to offer products that are in compliance with Sharia law will open its doors. The bank, Kuveyt Türk Beteiligungsbank, will open a branch in the downtown area of Mannheim, a city in western Germany, and branches in other cities are also planned.

The regulators with Germany's Federal Financial Services Authority, known as BaFin, recently issued a limited license to the subsidiary of a Turkish-Kuwaiti bank. It is only permitted to collect funds that are transferred to accounts in Turkey that conform to Islamic rules. 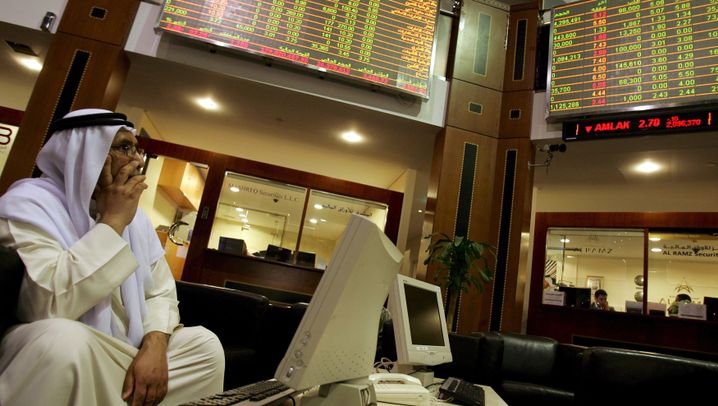 In other countries, the banking industry initially catered to Muslims on an equally small scale. But less than 10 years after first entering the market, all major banks in Great Britain now have Islamic divisions, and there are also five Islamic banks in the country.

The Prophet Muhammad's Prohibition of Interest

Worldwide, assets worth well over $700 billion (€470 billion) are now being managed in accordance with Islamic principles. In Germany, on the other hand, virtually no banks have so far even addressed this market.

The underlying concept of the Islamic banking business is the Prophet Muhammad's prohibition of interest. Like Jesus in the New Testament, Muhammad took action against the usurers of his time, who exploited their contemporaries by charging them exorbitant interest, sometimes well over 100 percent. Muhammad summarily prohibited charging interest unless something was provided in return. Since the 1970s, Islamic banks have sought to satisfy this requirement by offering their customers financial services on the basis of interest-free transactions.

Instead of interest, customers are promised a share in the profits of the bank. However, commercial activities can also be financed in which the Islamic saver collects a surcharge at a level similar to conventional interest.

Instead of taking out a loan to build a new factory, for example, a company would offer its investors a share of its profits. The important aspect of all of these transactions conducted in the name of Allah is that they are in fact based on a real exchange of goods or services. "The connection to reality must be clear," says Michael Saleh Gassner, a financial expert with the Central Council of Muslims in Germany.

Since the financial crisis, the principles of Islamic investors have also attracted the interest of conservative Christian investors. After all, the underlying concept seems so pleasantly removed from the speculative greed of Western financial executives.

Besides, the stock indexes that contain companies selected according to Islamic principles have sometimes outperformed comparable indexes without the religious association. Sharia-compliant banking transactions are "in a position to assume a global leadership role," says Susilo Bambang Yudhoyono, president of the world's most populous Islamic country, Indonesia.

No Investment in Gambling or Sex Trade

Investments that comply with the Koran still represent only 1 percent of the total market, but the market is growing is by 15 to 20 percent a year. Customers from the oil-rich Persian Gulf region, in particular, insist that their capital must be invested in accordance with religious criteria.

In addition to the prohibition of interest, it is also important to ensure that funds are not invested in gambling or the sex trade. Companies that are heavily in debt are excluded, because the large amount of interest they pay is seen as the work of the devil.

The Munich-based insurance giant Allianz and Deutsche Bank have set up funds and certificates to satisfy Sharia-based criteria, but these products are only actively marketed in Islamic countries. "It is a business requirement in the Gulf region to offer products that conform to Sharia," says Hussein Hassan of Deutsche Bank in Dubai. The bank's Gulf region division is already responsible for 20 to 25 percent of profits.

There is no absolute certainty over which transactions conform to the principles of the Koran. Banks address the problem by appointing well-known Islamic scholars to so-called Sharia supervisory boards, which examine all bank products. In the Gulf region, there are about 10 religious scholars who provide consulting to almost every major Western bank and now have their own large staffs.

This leads to the creation of quasi-religious rating agencies, whose pronouncements have many a London investment banker shaking in his boots. Because different religious leaders interpret the Koran in every country, Deutsche Bank has appointed different Sharia supervisory boards for its businesses in Malaysia, Saudi Arabia and the Gulf region.

Markets Paralyzed by a Fatwa

It is clear that clerics can paralyze entire markets with a fatwa, as Muhammad Taqi Usmani demonstrated in 2007. The renowned religious scholar from Pakistan decided that most modern versions of Islamic bonds, known as Sukuks, were not in compliance with Sharia. He imposed a ban, which affected a booming market in which governments, real estate developers and companies raised about $50 billion in capital in 2007 alone.

The business collapsed. The Dubai-based real estate developer Nakheel is currently fighting to survive. The company had borrowed $3.5 billion to build dozens of artificial islands off the Dubai coast for tenants like football star David Beckham. In December, it will become clear whether the largest Sukuk ever issued can be disbursed. Muslims worldwide hope that Dubai will intervene on behalf of the borrower.

This investment sector is at least showing initial signs of recovery. Deutsche Bank introduced two Sukuks, for the Kingdom of Bahrain and for the Islamic Development Bank, into the market this year. Within a few years, the German bank has become one of the major players in the Islamic banking business. Its investment bankers are considered to be particularly creative when it comes to complying with the interest prohibition, while nevertheless offering investors the greatest possible security.

"The products the investment bankers dream up are sometimes bizarre," says Volker Nienhaus, the president of the University of Marburg in western Germany, who has been studying the Islamic banking industry for 30 years. The circumvention of interest stimulates the fantasy of financial engineers, says Nienhaus. For example, an important part of the platinum trade on London's derivatives exchange is indirectly attributable to Sharia. Because platinum, unlike gold and silver, was not a means of payment in Muhammad's day, the precious metal is now used as collateral for short-term financial transactions.

With some creative finesse, a surprising number of Western financial products can be executed in accordance with Islamic law. "The key Sharia products could be offered in Germany," says Robert Elsen, an advisor in BaFin's international division. According to Elsen, there are "no insurmountable obstacles."

Inspired by the British Model

The German financial regulators plan to host a major international conference next week in Frankfurt am Main to address the issue in Germany. If only to attract more business to German markets, BaFin, inspired by the success of the British model, is now eager to approve more financial institutions that offer Islamic products.

Although the Islamic banks were originally established for wealthy Arabs from the Gulf region, British Muslims are now among their most devoted customers. There is also political support for the development of Islamic financial centers in Paris, Zurich and Geneva.

So far the boom has bypassed Germany, despite the results of new studies showing that no other country in Western Europe has such a large Muslim population. The official explanation is that the Turks living in Germany are not particularly interested. But German financial professionals also fear that they could lose more of their existing customers by introducing Sharia-compliant products than gain new customers.

That argument, says Zaid el-Mogadeddi of the Frankfurt-based Institute for Islamic Banking, is pretty arrogant. He cites surveys that conclude that 75 percent of all Muslims in Germany would like to avail of Islamic financial products. According to Mogadeddi, between 1995 and 2002 Turks lost many billions of euros with "Islamic" shares in companies that had been floated by swindlers, and they now have a strong interest in products from established banks.

Islam-compliant real estate financing arrangements are considered particularly promising. In these situations, banks and customers purchase real estate together, with the customer contributing a share corresponding to his equity. The bank pays rent for the rest, gradually acquiring the remaining shares. As a result, no interest accrues, but the property acquisition tax is charged twice.

The same problem used to exist in the UK. Then Prime Minister Gordon Brown, who was finance minister at the time, insightfully abolished the double tax burden. The Central Council for Muslims is now calling for similar measures to be taken in Germany.

A second stumbling block can also be removed with a bit of good will. Under Sharia law, Muslims who deposit money with a bank must also participate in the bank's risk. But what happens to the deposit insurance, which is set by the government? It comes into effect when a bank becomes insolvent. In fact, consumer advocates across the board have welcomed a recent increase in the deposit insurance limit to €50,000.

In Great Britain, a Muslim customer can expressly waive the insurance of his deposits in an individual agreement. The fact that the British government, in the course of the financial crisis, has nationalized entire banks is probably something like an Act of God under Islamic law. At any rate, there are no signs so far that a significant number of Sharia supporters have legally challenged the government's bailout of their bank.