The victims of a 1983 bombing in Berlin hope to hold artwork hostage as a way to pressure the Syrian government.

Lawyers for the victims have asked a court in Berlin to seize statues on display at the Württemberg State Museum in Stuttgart. The statues, part of a temporary exhibition entitled "The Treasures of Ancient Syria -- Discovery of the Kingdom of Qatna," were discovered in 2002 by German archaeologists from the University of Tübingen and date back to 1700 BC.

By holding the artwork hostage, the lawyers hope to force the Syrian government to pay compensation to the victims of the 1983 bombing at the Maison de France cultural center in West Berlin, which killed one person and injured 23. Victims and their familes have been struggling to extract some sort of restitution from the Syrian government for more than two decades.

A cell of international terrorists masterminded by Illich Ramirez Sanchez, better known as "Carlos the Jackal," claimed credit for the attack. In 2000, a German court concluded that the bombers were supported by Syria's intelligence service, and the bomb was stored at the Syrian embassy in Berlin before it was planted at the French cultural center. After the end of communism in East Germany, it emerged that the bombers had also had help from officials within the East German secret police, the Stasi.

The Syrian government has denied any guilt in the matter, and years of diplomatic wrangling have gone nowhere.

Syrian diplomats have said that any attempt to seize the statues -- which are part of the Syrian national museum's collection -- will trigger in-kind retaliatory measures. Officials at the German Foreign Ministry are concerned that the dispute could also affect German cultural institutions. 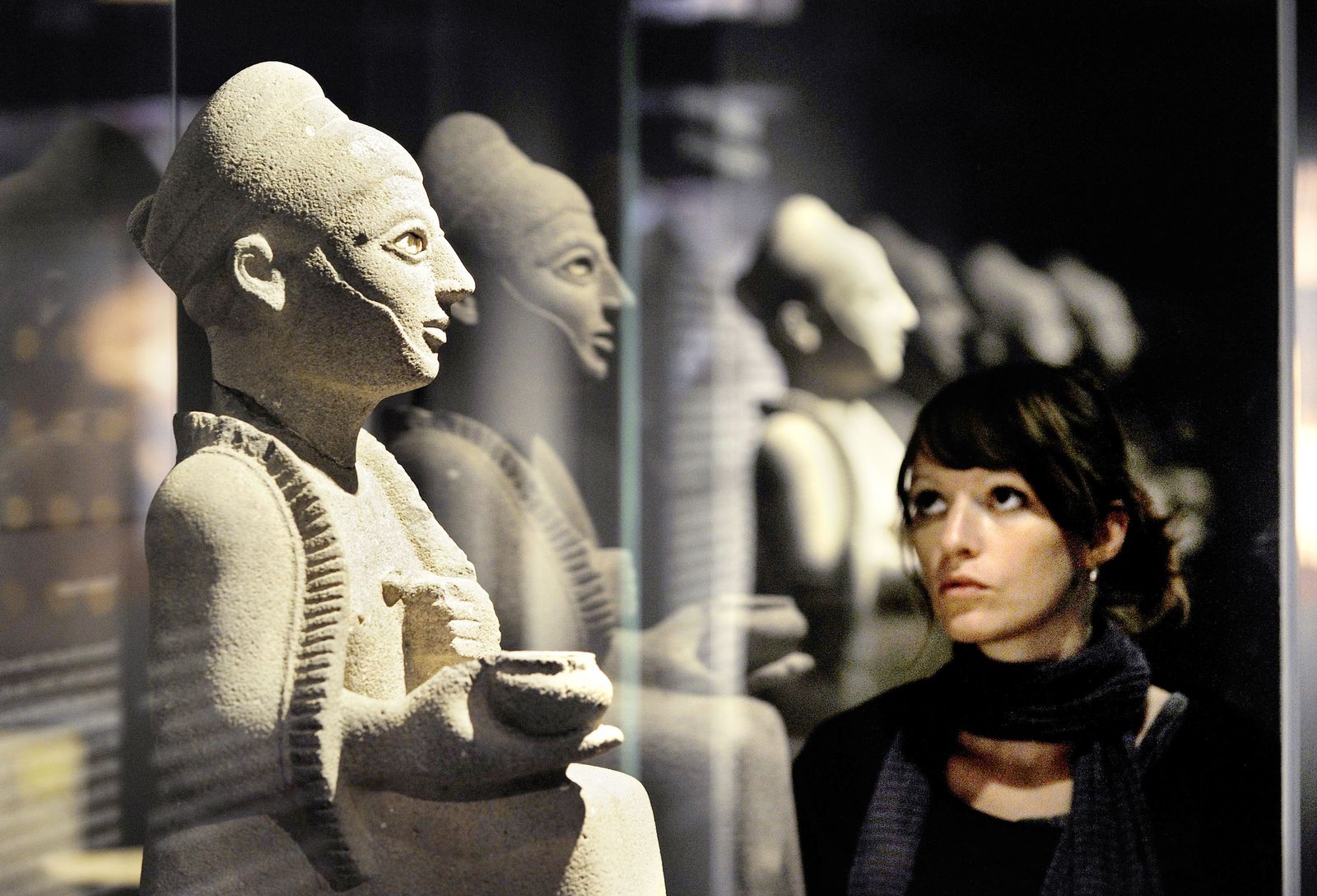 Basalt statues from Syria on display at the Württemburg State Museum: Art from the exhibit is in the middle of a court case over terror compensation.