She was one of Germany's most-wanted criminals. Dubbed "The Phantom of Heilbronn" and "The Woman Without a Face," she apparently committed an extraordinary series of crimes across Germany over more than 15 years, including murders, break-ins and theft. Lab tests showed her DNA at 40 different crime scenes. Investigators had to admit they were stumped. 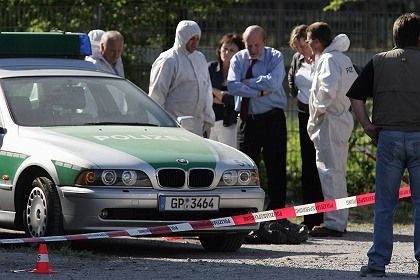 Police investigate the scene of the 2007 Heilbronn murder in this file photo.

The woman, however, probably does not exist. Investigators now fear the "evidence" was a result of using contaminated cotton swabs to collect DNA samples, the public prosecutor's office in Saarbrücken announced Wednesday.

The Federal Criminal Police Office has been investigating this hypothesis intensively since February, officials said. But police have suspected for months that the clues might point in the wrong direction -- say, toward a careless employee at a cotton swab manufacturer, rather than a serial killer.

A forensic institute in Stuttgart has now checked several hundred unused cotton swabs for contamination since April 2008, without, however, finding any evidence of rogue DNA.

Suspicions arose after the Phantom's DNA turned up during an investigation into the identity of a burned body, which had been found in France and which was thought to belong to an asylum seeker who disappeared in 2002. Police discovered that the missing man had had his fingerprints taken for his asylum application. They obtained DNA from the fingerprints and found -- to their surprise -- that it matched up with the Phantom's DNA. 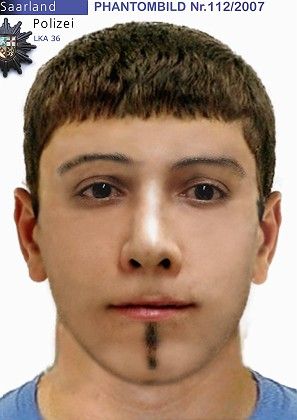 In 2008 investigators wondered if the killer was maybe a man.

"Obviously that was impossible, as the asylum seeker was a man and the Phantom's DNA belonged to a woman," Ernst Meiners, spokesman for the Saarbrücken public prosecutor's office, told SPIEGEL ONLINE Thursday. A second check did not find the Phantom's DNA in the fingerprints. "That aroused suspicions that the materials were contaminated."

Investigators now suspect that certain batches of cotton swabs were contaminated before delivery, which could have happened during the production process or when the cotton was picked. They are currently looking into how the cotton swabs are made to see how the DNA might have snuck in.

On Wednesday the German newsmagazine Stern reported that the cotton swabs were probably contaminated, speculating that it could have been by a careless employee at the manufacturer. Although cotton swabs are sterilized before their use in investigations, human cells from skin or sweat can survive that process, according to experts quoted by Stern. The magazine said DNA samples had already been taken from female staff at a German medical supplies company to compare their profiles with that of the Phantom.

The German Union of Criminal Investigators (BDK) called for the introduction of a "DNA quality seal" that would rule out the possibility of incorrect analysis due to contamination. Manufacturers should include data about the DNA of the employees who handled the products in the packaging, BDK spokesman Bernd Carstensen told the Thursday edition of the newspaper Stuttgarter Nachrichten. That would allow their DNA to be excluded from the investigation. A similar system is already in use with fingerprint evidence to prevent police from accidentally launching a search for their colleagues.

The Phantom's supposed DNA had been found at 40 different crime scenes in the states of Baden-Württemberg, Rhineland-Palatinate and Saarland, as well as in Austria, since 1993. The elusive serial killer was suspected of murdering six people, including a 22-year-old female police officer in Heilbronn in April 2007. Investigators were increasingly baffled by the case. A reward of €300,000 for evidence leading to her arrest was offered, to no avail.

In a bizarre twist, police released a photo-fit picture of the suspect in 2008. However, the picture showed a man -- leading to some speculation that the killer might be transsexual.

The embarrassing revelations come just days after another case showed the limits of DNA profiling. German police were forced to release identical twins who were suspected of pulling off a spectacular jewel heist after the DNA sample found at the crime scene could not be pinned conclusively on either man, whose DNA is indistinguishable under current methods.