Andreas von Bülow says he's never feared for his life. This is despite the fact that he harbors suspicions that the Sept. 11, 2001, attacks were not the work of 19 "suicide Muslims," as he calls them, but rather an ingenious, cold-blooded operation in psychological warfare organized by the United States itself; and despite the fact that he has published this view in book form.

Bülow doesn't commit himself definitively to the position, but he feels fairly certain that either the Bush administration or other, far more powerful groups operating behind the scenes allowed more than 3,000 people to die in order to construct an unassailable argument supporting geopolitically desirable military operations such as those in Iraq and Afghanistan.

These are astonishing theories on the part of a former German government minister, one who spent 25 years representing the center-left Social Democratic Party (SPD) in Germany's federal parliament, the Bundestag. He's not saying his theories necessarily represent what really happened, Bülow explains, he's simply posing questions. "This is just another way of thinking," he says. But, the former minister adds, it's a way of thinking that appears quite plausible to its creator.

Others find the theory plausible as well. According to its publisher, Bülow's book "Die CIA und der 11. September" ("The CIA and September 11") has sold 200,000 copies since it was first released in 2003. A new edition of the book, published in time for the 10-year anniversary of the attacks, includes an extensive afterword which casts doubt on the claim that Osama bin Laden was in fact shot in Pakistan by US Special Forces. The new edition fails, however, to mention that a number of the book's original claims have long since been refuted. One rather significant detail was the claim that seven of the 19 attackers were still "very much alive," a theory SPIEGEL disproved in 2003.

Ten years after the attacks in New York and Washington, Bülow is now 74, but he looks closer to 60. He and his wife have a charming home south of Bonn, with climbing roses outside and hardwood floors, Oriental rugs and antiques inside. Bülow's haircut is neat and he wears a button-down shirt with cotton pants. The couple serve their coffee in blue and white porcelain cups.

A grand piano, meant for his wife and the grandchildren, stands in the living room in front of the bookshelf. There are oil paintings and a Picasso engraving on the walls. Bülow himself plays cello in an orchestra and in a string quartet. He provides a mainstream counterpoint to Germany's other major 9/11 conspiracy theorist, Mathias Bröckers, a former editor at the left-wing daily Die Tageszeitung.

Bröckers, author of "11.9. - zehn Jahre danach: Der Einsturz eines Lügengebäudes" ("9/11 - Ten Years Later: The Collapse of a Tower of Lies"), previously wrote about the beneficial effects of cannabis. Bülow, on the other hand, was a member of parliament, state secretary in the Defense Ministry and even German research minister under Chancellor Helmut Schmidt. Bröckers and Bülow have met and get along well, but Bülow says he doesn't know much about what else Bröckers does.

Bülow still occasionally sees old fellow party members from the SPD, but says they avoid mentioning "the subject" -- his subject -- when they meet. Bülow wrote to Peer Steinbrück, who had once worked in Bülow's department, when Steinbrück became Germany's finance minister, "but he never answered." Bülow no longer knows any of the current SPD leadership, but then, he says, they have to take care not to be associated with him. "I understand that they have to work together with the US," the former politician says.

Bülow never comes across as bitter or resigned, despite the fact that most of the international public believes the other, official, version of the story: Namely that four groups of Islamic terrorists hijacked airplanes, two of which destroyed the World Trade Center, one of which slammed into the Pentagon and one of which crashed in a field somewhere in Pennsylvania.

In the official version, as outlined in the 9/11 Commission's final report, the United States' intelligence services failed on all counts, ignoring information, failing to follow up on clues and generally displaying incompetence.

In Bülow's version of events, though, the intelligence services, particularly the CIA, display an almost inhuman degree of precision and competence. Not only did they allegedly control the terrorist planes remotely using special technology, but they also supposedly placed explosives on multiple floors of the World Trade Center towers in advance, to facilitate the buildings' peculiar controlled, vertical collapse. In the case of the Pentagon, they possibly directed a cruise missile into the building, while at the same time making the crew and passengers of Flight AA77, the plane officially believed to have hit the Pentagon, disappear without a trace. Along the way, they invented the story about the 19 terrorists, substantiating it with false witness testimony and strategically placed documents and evidence.

In Bülow's world view, the CIA is an organization of nearly limitless power and fearsome efficiency, an organization capable of forcing an enormous number of people -- the many accomplices and participants such an operation would have required -- to keep quiet for 10 years and more, all for the sake of national interests.

Over the past decades, successive US administrations have themselves certainly provided ample fodder for the formation of such views: the fable of weapons of mass destruction in Iraq; the fact that it was American help that turned Afghanistan's mujahideen into the powerful force that later gave rise to the Taliban and al-Qaida; the Iran-Contra affair; the country's unscrupulous cooperation with dictators and coups; the Vietnam War. The US government and its intelligence services have been caught lying, deceiving and breaking international treaties so often that many people now believe anything is possible. This is the fertile soil that allows an interest in authors such as Bülow and Bröckers to thrive.

Bülow himself experienced perhaps a little too much of the real messes the West allowed to occur during the Cold War. He would have had plenty of chances to do so during his time as a senior official in the German Defense Ministry from 1974 to 1980, as a member of the parliamentary control committee for intelligence services and, in particular, as part of an investigative committee which addressed the machinations of Alexander Schalck-Golodkowski, a politician who had been in charge of East Germany's trade with capitalist countries. That period informed the bleak outlook Bülow still takes as a given in day-to-day life, an outlook shaped by shady dealings in back rooms, by geopolitical strategy deliberations carried out with no consideration for their human victims and by a firm belief in invulnerable powers that work in secret.

At its core, this is a trait typical of older men: a tendency to combine one's own life experiences with a good measure of distance and supposed realism to form a kind of comfortable cynicism. The only difference in this case is the extreme to which the cynicism has been taken.

Does his bleak worldview cause him pain? "Noooo," Bülow replies, stretching out the syllable. He leans back in his armchair, coffee cup in hand. "I'm doing well." 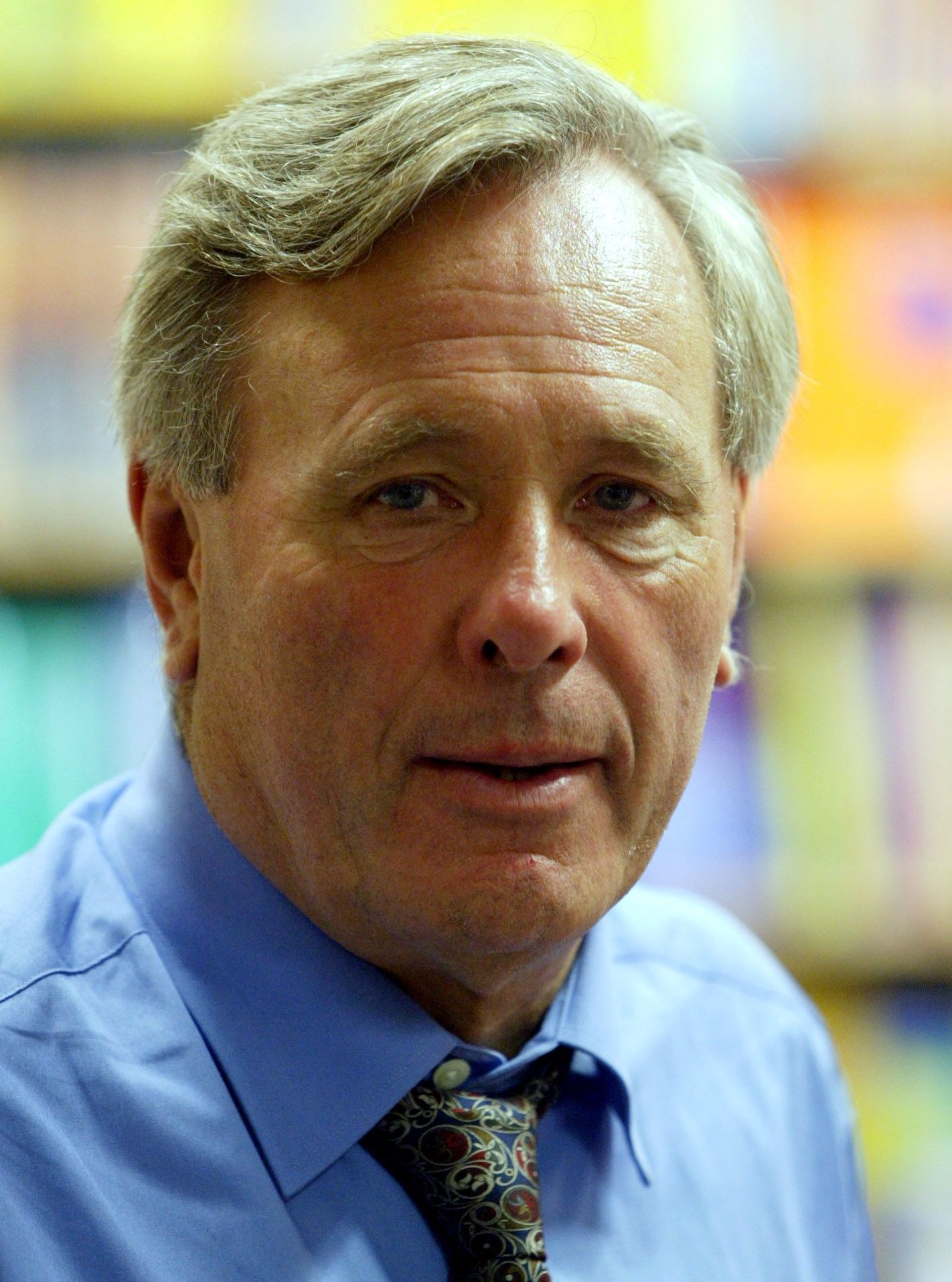 Andreas von Bülow believes the US carried out the 9/11 attacks.