Four weeks. Even the timing itself seemed calculated for maximum intimidation.

Four weeks are long enough to begin forgetting, to regain a certain amount of calm. To begin thinking that maybe it was just a bad joke. But four weeks is too short to completely overcome the fear.

Four weeks was the amount of time that passed between the two death threats the Krause family (eds. note: not their real name) found in their mailbox. The first letter came in August 2011. The sender had cut letters out of a newspaper to form a message warning that Mr. Krause and his family would be killed if they didn't leave Germany.

The second letter came in September, and the sender spent far less time on it. He simply drew four crosses on a sheet of white paper -- one for each member of the family. For the son, for the daughter, for Mr. Krause and for Mrs. Krause.

Mr. Krause, a middle-aged professor, had long promised himself not to take occasional incidents of hostility too seriously. He wanted to avoid overreacting, to prevent those who would sow fear from feeling the satisfaction of success.

The second threat letter, however, made stoicism impossible. And since news broke of the neo-Nazi group that apparently killed nine immigrants over the course of several years, his composure has completely evaporated. The perpetrators of the killing spree purposefully chose victims who did not originally come from Germany.

"I am afraid," says Krause. "I feel the presence of an unpredictable threat."

Krause is not the kind of person who would normally shy away from openly speaking out. He embraces his civic responsibility. "I won't accept insults," he says. But now, Krause is extremely wary of seeing his name in print -- and doesn't even want it known where he is from. He is afraid for the lives of his wife and children, and for his own.

German authorities asked him to keep his story as quiet as possible and to only share it with his closest friends. They were concerned, they said, about the consequences should news of the threats become widespread. The letters are now in the hands of law-enforcement officials.

They have, however, refused to actively pursue the case, says Krause. No guards or police have been posted in front of his house. Krause claims the authorities made it clear to him that he simply wasn't prominent enough for such measures. Instead, he is to follow a few simple rules: Only go to places that are well-lighted and where there is plenty of human activity. And to always monitor his rear-view mirror when driving. They also assured him that threats such as the ones he received aren't particularly rare and that it was probably just some crank.

But Anders Behring Breivik, the man who killed almost 80 people in Norway in July, was also a crank. "The fact that someone is crazy doesn't exclude the possibility that they are violent," says Krause. He doesn't believe that the neo-Nazi terror cell from Zwickau is an isolated case. "And it is wrong to think that they are just idiots," he says. "They may be immoral, but they are intelligent."

Krause is an economist, and he lives with his wife and children in a house located in a well-off district of a large German city. His wife, a doctor from a country in East Africa, moved to Germany to join her husband. At the time, she was pregnant with their second child. Even Krause's manner of explaining how he met his wife in 2004 makes it clear just how often he has been confronted with prejudice. No, she wasn't a prostitute that he met in a hotel, nor was she seeking to marry a rich German. She herself comes from a prosperous family. In reality, he explains, he met her at the university on the way to class one day.

Krause was happy to be able to bring his wife to Germany. It is safer here, the job market is better, medical care is superior -- and he likes his homeland. "Germany is a great country, and it offers the opportunity to live in peace and harmony," he says. Still, he didn't want to be naïve. He told his wife that she might be insulted in Germany on account of her skin color.

But the reality has turned out to be much worse than he had imagined. And the death threats are only the tip of the iceberg.

The Krause family has experienced things that white-skinned Germans could never imagine. But everyone in the country who looks "foreign" has plenty of stories to tell -- about not being served at the deli counter, of parents at the playground telling their children not to play with the dark-skinned child, of the Israeli's neighbor who calls over from the neighboring balcony: "You Jews always have money." Or even stories about open attacks, like the Asian woman who was spat on while walking on the sidewalk.

Krause has kept careful notes on many of the incidents he and his family have experienced, and he has notified the authorities. "It's the sum total of the relatively small things," he says. "At some point, you ask yourself if you are being overly sensitive. But the opposite of sensitive is insensitive, and that's not how I want to be."

His daughter, the oldest child, goes to kindergarten. "They are all very nice there, the parents and the teachers," Krause says. But once another child told his daughter, "you are black, dirty and bad." Where does such a thing come from? "Such a thing doesn't kill anybody, but it is an indication of an attitude that would seem to be widespread," Krause says.

In a department store, according to Krause, one of the saleswomen said "poor Germany" when she saw his dark-skinned wife.

In a pharmacy parking lot, a car refused to stop for Krause's wife and child, coming dangerously close to them. When Krause rushed to stand between his family and the car, the driver stepped out and called the family "monkey asses."

Authorities rejected Mrs. Krause's official complaint. "The accused denies having called you and your husband 'monkey asses'," reads the official reply. "Independently of that, such an utterance would not fulfill the legal definition of incitement. The mere incident of someone insulting a person who belongs to a particular ethnic group is not enough if the insult has no connection to that ethnic group."

The letter also said that there was no public interest to be served in prosecuting the accused for the alleged insult.

His wife also tells the story of seeing a neighbor -- a former teacher who lost his job because of right-wing extremist statements -- give the Hitler salute to an acquaintance. "But maybe my wife just misinterpreted it," Krause says.

After all, he is concerned that he has become obsessed. And he also tries to emphasize the positive situations he has encountered -- like the older woman in the supermarket who gave each of his children a stuffed animal. "She simply wanted to say that we are extra-welcome here," he says, adding that the gesture of kindness almost made him cry.

And yet, he still can't sleep anymore. Every night between two and three in the morning, he finds himself standing at the window. Once, he saw a police car parked in front of his house for half an hour. But he doesn't know what that might mean. 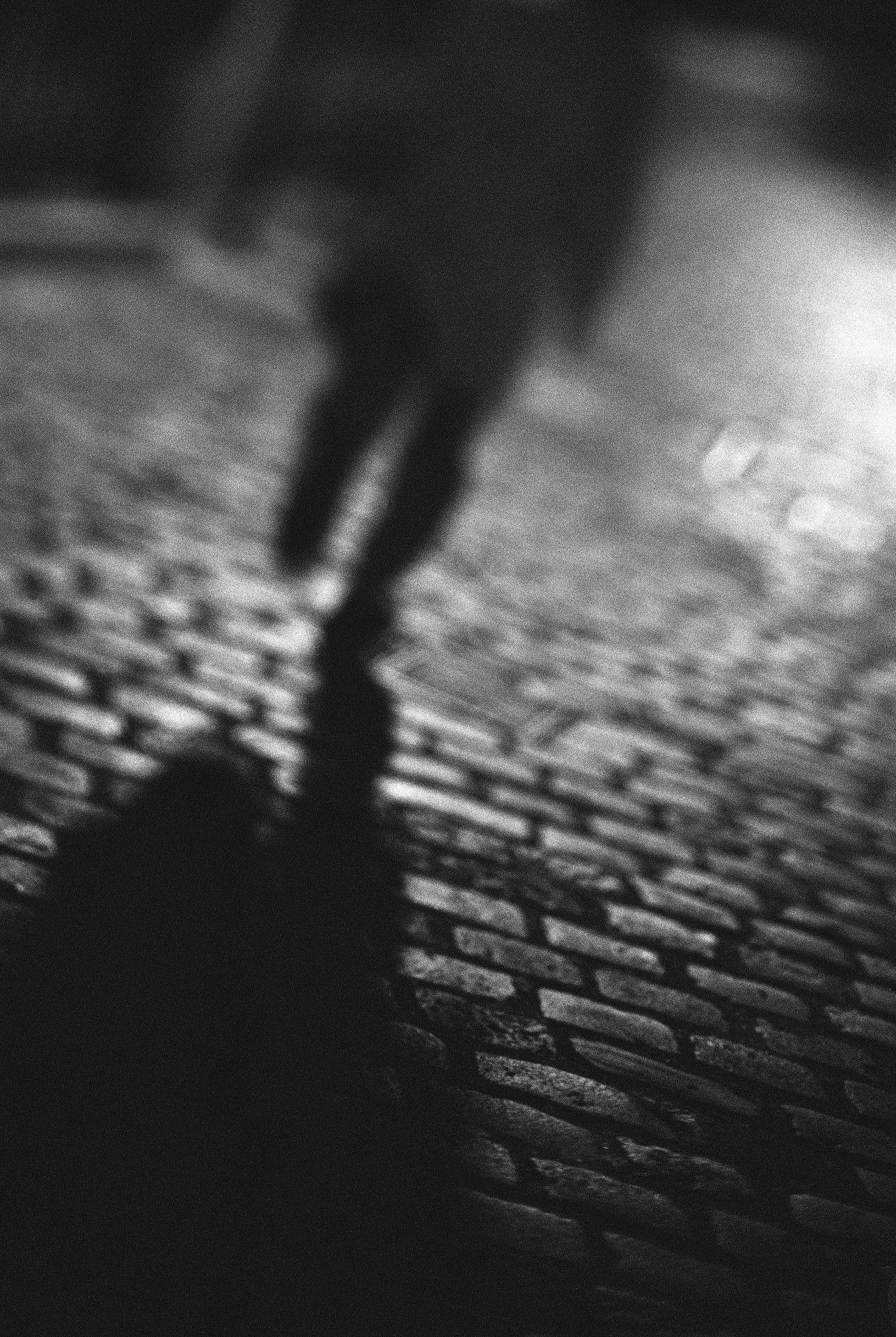 Racism in Germany: "I feel the presence of an unpredictable threat."