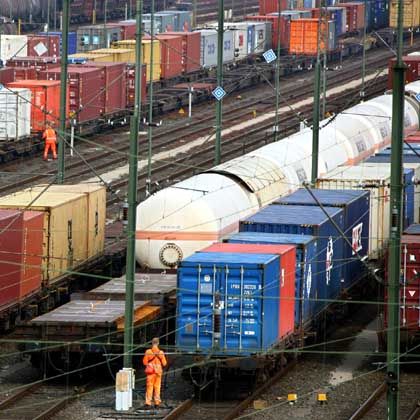 Thursday's strike would have brought freight trains to a halt.

A German court has banned Thursday's planned rail strike by engine drivers after rail operator Deutsche Bahn sought a court injunction against it.

The labor court in Nuremberg ruled that GDL can't strike until the end of September because industrial action during the peak summer holiday season would do major damage to the economy.

The GDL cancelled Thursday's strike but said it would appeal the ruling. "We won't wage a strike as long as we are forbidden from doing so," GDL Chairman Manfred Schell told the N24 television channel. "Of course we're going to appeal now. I think there may be another hearing tomorrow. I'm astonished the court reached a decision without hearing the parties concerned."

GDL had planned a 4-hour strike by freight train drivers on Thursday to back its demand for a 31-percent pay hike and for Deutsche Bahn's 30,000 train drivers and ticket collectors to be given a separate wage contract from other rail employees.

That strike would also have affected passenger services, and the GDL had threatened to strike on passenger trains in the coming days, bringing chaos to Germany.

Deutsche Bahn chief negotiator Werner Bayreuther praised the court "for acting in the interests of customers." He said the company would now seek a negotiated settlement. Both sides have said they would be willing for the talks to go to arbitration through an independent mediator.