Amid the endless debate on integration in Germany, politicians and other observers regularly call for immigrants, many of whom are Muslim, to do more to adopt German customs and mores.

Now, in a rare example of a German institution reaching out to the Muslim community, a private television station based in Munich is introducing a public service to its viewers by announcing fasting times during Ramadan.

Over the course of the month of Ramadan, which begins Wednesday, the TV station RTL2 will provide information about the start and end times of the fasting period every day. The announcements will be placed on the upper right hand corner of the screen.

"One can theorize a lot about integration, but we simply wanted to send a clear signal for once," Carsten Molis, who is head of marketing at the station, said Tuesday. "In the same way as we feature Easter and Christmas in our programming every year, we wanted to honor our Muslim audience during Ramadan." He said that the station wanted to sensitize its non-Muslim audience "to an issue that is practically absent from German TV otherwise." Many of Germany's around 4 million Muslims watch RTL2's shows, Molis said, but admitted that the station did not have exact numbers.

The Central Council of Muslims in Germany welcomed the idea. "With this move, RTL2 is demonstrating social responsibility, something that we expressly welcome," commented the council's general secretary, Aiman Mazyek. "Initiatives like this one set good examples, including for other major broadcasters."

Representatives of Germany's Christians also supported the initiative. Reinhard Mawick, spokesman for the Protestant Church in Germany, told SPIEGEL ONLINE that it was commendable that the broadcaster "recognizes the diversity of German religious life and reflects it in its programming."

During Ramadan, the ninth month of the Islamic calendar, observing Muslims -- with the exception of certain groups such as travelers, sick people and pregnant women -- refrain from eating and drinking from sunrise to sunset. Sexual activity and smoking are also not allowed during the day. Most fasting Muslims celebrate the end of each day's fast with a large evening meal known as iftar.

According to a 2009 survey, Germany has between 3.8 million and 4.3 million Muslims, around 5 percent of the total population of 82 million. Almost two-thirds of Germany's Muslims are of Turkish origin, while slightly less than half of the Muslims living in Germany have a German passport.

With reporting by Felix Bayer 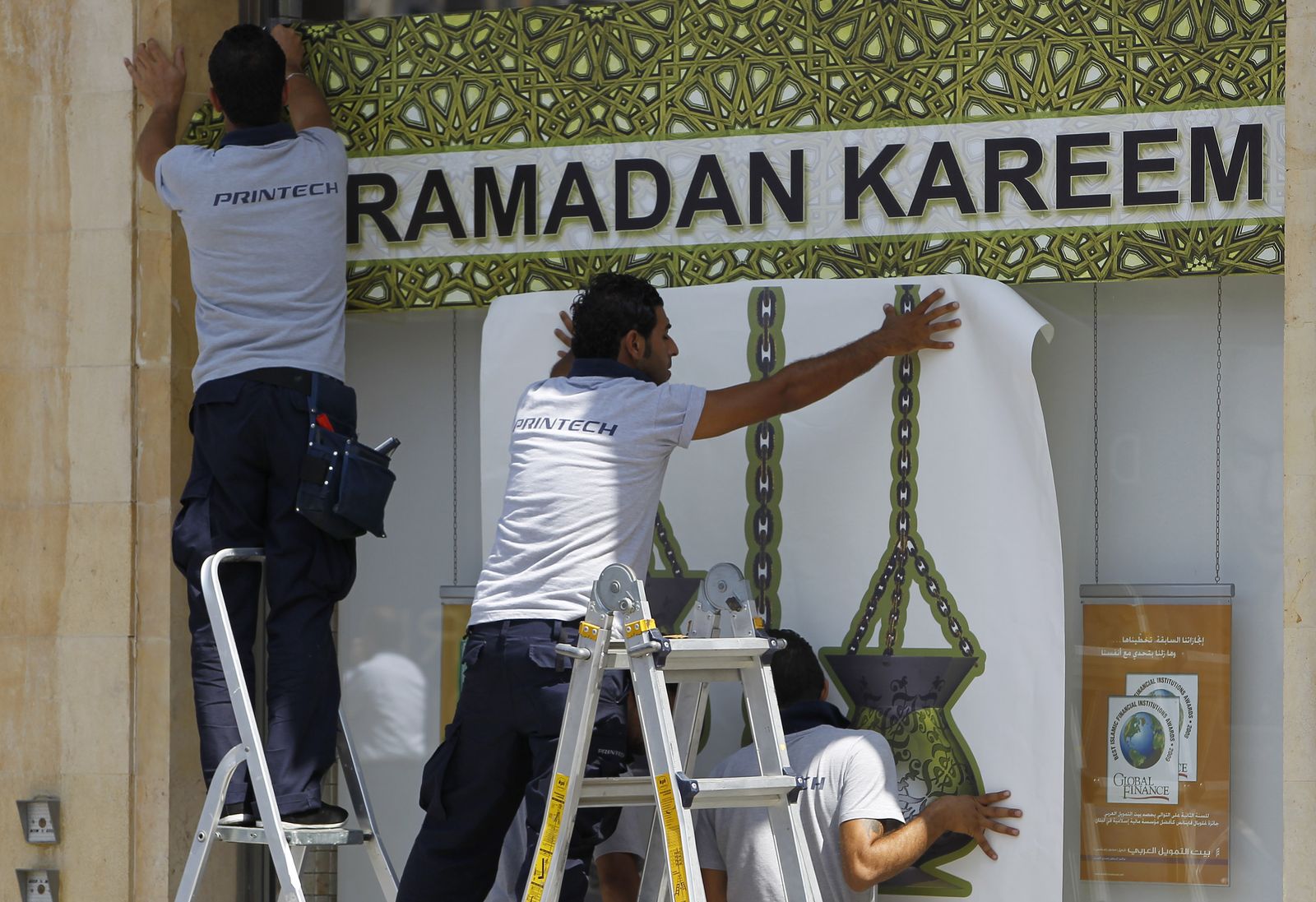 Lebanese workers hang a banner preparing for the holy month of Ramadan in a bank window in Beirut.