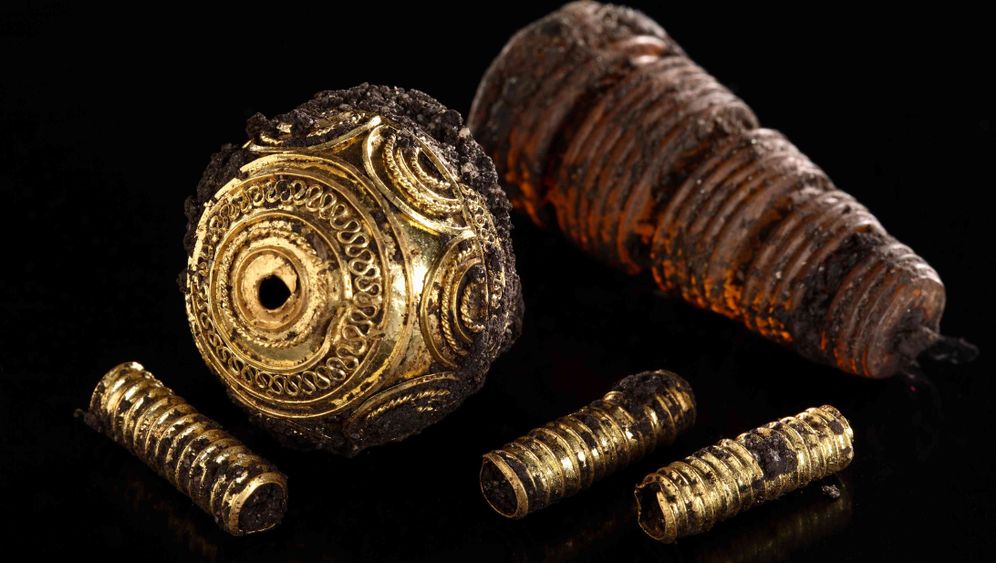 German archeologists have unearthed a 2,600-year-old Celtic tomb containing a treasure of jewellery made of gold, amber and bronze.

The subterranean chamber measuring four by five meters was uncovered near the prehistoric Heuneburg hill fort near the town of Herbertingen in south-western Germany. Its contents including the oak floor of the room are unusually well preserved. The find is a "milestone for the reconstruction of the social history of the Celts," archeologist Dirk Krausse, the director of the dig, said on Tuesday.

The intact oak should allow archeologists to ascertain the precise age of the tomb through tree-ring dating. This is rarely possible with Celtic finds because the Celts left behind no writings and their buildings, usually made from wood and clay, have long since crumbled away.

Krausse said the artefacts found suggest that a woman from the Heuneburg aristocracy was buried there, but added that laboratory tests will need to be conducted to be certain. Only a small part of the chamber has so far been examined.

The entire room weighing some 80 tons was lifted by two cranes onto a flatbed truck and taken to a research facility in Ludwigsburg on Tuesday. The results of the analysis will be presented in June 2011, researchers said.

Heuneburg is regarded as one of the most important Celtic settlements and was a vital trading center during the period between 620 and 480 BC. Intensive excavation has taken place at the site since 1950. Other tombs found at Heuneburg over the decades had already been plundered.

The tomb and the objects are to go on show in an exhibition in Stuttgart in 2012.