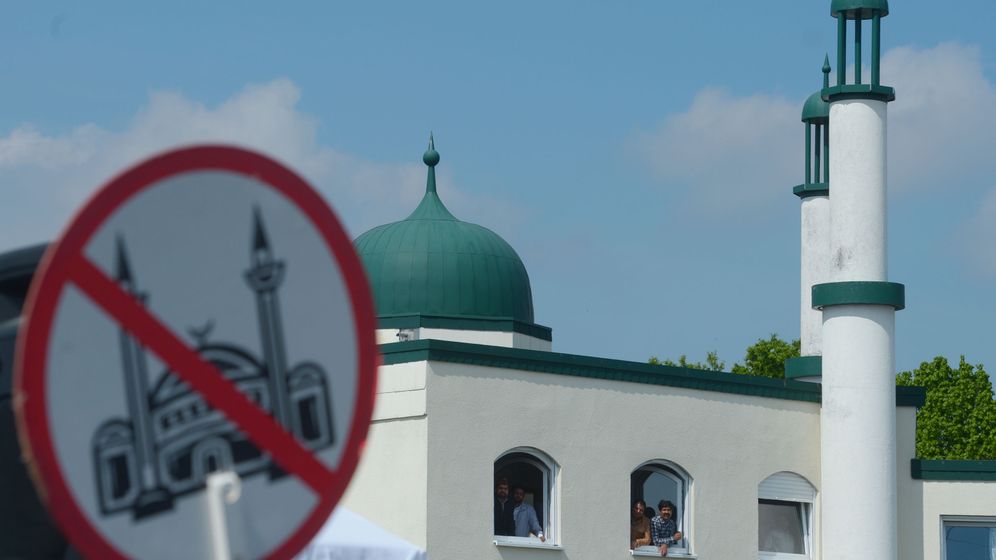 Photo Gallery: The Success of Provocation

Germany's Salafist Muslims are back in the spotlight. Since early May, hardly a week has gone by without another regional or national politician in the country proposing new ways to counter the group's extremist version of Islam or a major German newspaper publishing yet another exposé on the group's insular isolation from the mainstream. Just on Friday, interior ministers from Germany's 16 states, at a regularly scheduled conference with federal Interior Minister Hans-Peter Friedrich, resolved to be increasingly firm in their dealings with the Salafists.

Such hand-wringing in Germany about its Muslim population, extremist or otherwise, is not uncommon. This one, however, is different. Far from being an accidental upheaval of angst resulting from the publication of a book by the likes of the anti-immigration treatise by Germany's provocateur-in-chief Thilo Sarrazin or comments from the country's top politicians, its timing and nature was determined far from the country's conventional opinion makers. It is a particularly unique case of the tail wagging the dog -- and in this case, the tail is the tiny, Islamophobic political party Pro-NRW.

"It is always difficult for small parties at election time," Pro-NRW head Markus Beisicht told SPIEGEL ONLINE, reflecting recently on his party's recent turn at the helm of a national debate. "We have a hard time competing with the larger parties. We had to find ways to have an effect with relatively small amounts of resources."

Ahead of mid-May elections in North Rhine-Westphalia, Germany's most populous state, Beisicht's stump strategy centered around a breath-taking campaign of provocation. He launched a caricature contest, collecting some 400 cartoons from mostly amateur artists, aimed at finding the most concisely trenchant critique of Islam possible. And the more provocative -- Muslims might say insulting -- the cartoons, the better.

Pro-NRW then planned a series of events in the run-up to the election to display the winning drawings in front of mosques and other Muslim facilities in the state. They named the top prize after Kurt Westergaard, the Danish cartoonist who is currently living under heavy police protection due to his authorship of one of the controversial Muhammad caricatures printed in the Danish daily Jyllands-Posten in 2005.

The results, though execrable, were predictable. On May 1 in the town of Solingen, not far from Düsseldorf, Salafists, many of whom had travelled from afar to take place in a counterdemonstration, became violent. Three police officers were injured as was a passerby. Undeterred, Pro-NRW continued its road show, assembling in front of the King Fahd Academy, a Saudi Arabian school in Bonn, on May 5. The Salafists were waiting. By the time the violence finally came to an end, 29 police had been injured, two of them landing in the hospital with stab wounds. The pro-NRW demonstrators that the police had been protecting were unharmed.

The unrestrained violence perpetrated by the Salafists was, of course, ultimately responsible for the flood of journalistic and political attention suddenly focused on the extremist Muslim group. Yet injuries to the police aside, for Pro-NRW and its leader Beisicht, the caricature campaign could not have worked more perfectly.

"Up to that point, the election campaign in the state had been free of content and proposals. We, on the other hand, were able to establish the terms of the debate," Beisicht says. Furthermore, given the violence of the Salafists -- and the May 20 death threat against him issued by a German-speaking extremist in the Pakistani region of Waziristan on the border to Afghanistan -- Beisicht can present himself as the victim.

He does so frequently during an interview at his legal practice in the tiny town of Leverkusen-Opladen, located in the center of the country's former industrial heart of the Ruhr Valley. It seems an unlikely place to find the epicenter of the debate Pro-NRW has triggered. It has the kind of run-down normalcy common to the once-prosperous region, with plenty of retirees lounging at ice-cream cafes in the pedestrian zone, one-euro stores on the side streets and a clutch of restaurants striving to project a hint of big-city cosmopolitanism.

"It is shameful that the attempt has been made to transform the victim into the perpetrator.... We have been stigmatized as though we have initiated a civil war," Beisicht says beseechingly. "We really didn't think there would be the kind of violence that erupted."

Given that the vast majority of Germany's 4 million Muslims are moderate -- and that several Muslim organization urged their followers to ignore Beisicht's cartoon campaign -- the claim might not be quite as naïve as it sounds. Still, it doesn't require a prodigious memory to recall the massive violence triggered across the Muslim world in early 2006 once news of the Jyllands-Posten caricatures got out. Ultimately, some 100 people lost their lives.

Furthermore, it seems that Pro-NRW was very much interested in an intense reaction as a way of drawing as much attention as possible. Despite things getting out of hand in Solingen, the party elected to continue its campaign. And according to police spokesman Harry Kolbe, who was present at the incident in Bonn, one Pro-NRW activist climbed onto the shoulders of another to hold a caricature placard above a police vehicle, which had been parked so as to obscure the cartoons from view.

"With the display of Islamophobic caricatures, the Muslims were massively provoked," Kolbe said in a statement, adding that such a provocation in no way justified the violent response. North Rhine-Westphalian Interior Minister Ralf Jäger walked a similar line. While condemning the violence, he said "it makes me furious that police officers, who were there to protect the (right to) freedom of assembly, ended up in the hospital. The malicious provocation of Pro-NRW is to blame for the fact that our officers must suffer. The right-wing radicals of Pro-NRW are intentionally fomenting hate against 4 million Muslims who live peacefully among us here in Germany."

Even some of Beisicht's cartoonists feel that violence was inevitable. Sebastian Nobile, an unemployed Mormon trucker with an Italian father -- and a hobby artist -- submitted several cartoons to the Pro-NRW contest, ultimately winning second and fifth place for his efforts. "I see things a bit differently than Mr. Beisicht," he told SPIEGEL ONLINE. "I expected there to be violence."

Götz Wiedenroth, a professional caricaturist who allowed Pro-NRW to display his drawings during its campaign road show but who declined to enter the contest so as to let others have a chance, agrees. "The fact that it got so bad, that police would be injured by fanatic caricature opponents -- I didn't expect that, but it didn't surprise me either," Wiedenroth wrote in an email when contacted by SPIEGEL ONLINE.

Both Nobile and Wiedenroth insist that higher goals were at stake than merely angering Muslims. Indeed, both caricaturists requested that SPIEGEL ONLINE use their full names in this article despite the dangers associated with their drawings.

"I see the common values of freedom and democracy as being of greater value than my life," says Nobile, whose landlord threatened to kick him out upon hearing of his renter's participation in the cartoon contest. "I would also accept it were somebody to kill me as a result because I think that makes sense. It makes sense to risk one's life for something worthwhile."

Beisicht too portrays his caricature campaign as a victory of democracy over the forces of totalitarianism. He points out that Interior Minister Jäger repeatedly attempted to forbid Pro-NRW from showing the cartoons -- only for each of the bans to be lifted by court order.

"Either we have democracy here or we don't. It's a slippery slope," Beisicht says. "We cannot allow intolerance to win out in the end. That is not my understanding of democracy."

Beisicht's own brand of intolerance meanwhile, though it may be effective in triggering a debate and successfully demonizing at least a portion of Germany's Muslims, is not particularly successful when it comes to attracting political support. Pro-NRW only won 1.5 percent of the vote in North Rhine-Westphalia, a mere 0.1 percent more than it received in state elections there two years ago.