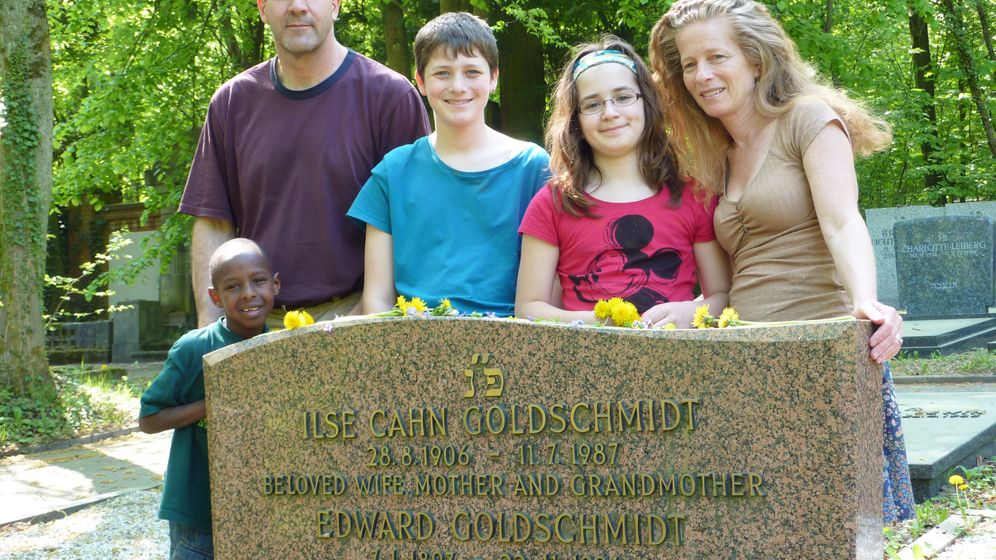 When Donna Swarthout was a little girl growing up in New Jersey she remembers asking her grandparents about the country they, as Jews, had fled more than two decades before. What, she would ask, what it was like in Germany?

They had made new lives for themselves in New York. Her grandfather drove a cab, her grandmother made clothes for dolls. Their son, Donna's father, had graduated from City College and was an engineer. They didn't want to talk about their lives in Altwiedermus, a village near Frankfurt where the family had owned a tannery. Or about the years they spent in Frankfurt trying to escape Nazi persecution by blending into the larger Jewish community there.

"They didn't want anything to do with Germany again," says Swarthout, 52.

But her own interest in Germany remained. And last year, Swarthout did what an increasing number of American Jews of German descent have done in recent years: She applied for German citizenship.

Under Article 116 of Germany's constitution, known as the Basic Law, anyone who had their citizenship revoked during the Nazi regime for "political, racist, or religious reasons" is eligible to reapply for German citizenship. The provision also makes allowances for the descendants of Nazi victims, and does not require them to give up the citizenship of their new home countries.

It's been an option for American Jews with German roots for years, but the number of applicants nearly doubled from 2007 to 2008 and has remained high, according to statistics from the German Federal Office of Administration in Cologne. In 2010, there were 815 such applications from the US. There were more applicants from Israel, but the number has steadily declined -- from 3,505 in 2003 to 1,459 last year.

Nathalie Tauchner, director of the German Citizen Project in New York, which has helped more than 120 families apply for German citizenship, says only a fraction of those applicants have wanted to move to Germany itself. More want the option -- for themselves or their children -- of living in English-speaking EU countries.

Swarthout's focus, however, has always been on Germany. She learned the language in high school and went on to study it at the University of California, Berkeley. When she met her husband, Brian, himself the grandson of German Jews, it became their private language. They would write notes and e-mail to each other in German. Last year, Swarthout and her husband decided to move temporarily with their three children to Berlin.

Deidre Berger, director of the Berlin office of the American Jewish Committee (AJC), says more and more young American Jews are coming to Berlin and learning German. In the decades after the war, she says, the Holocaust was "looming above everything." Now, "it's maybe easier for young people to start posing these questions," she says. "There's a lot of interest and curiosity."

One major motivation is to learn more about private histories that may have gone unspoken for years. "Among the people I know who are interested, there certainly is a preoccupation with their own family background," says Berger. "No one does this lightly."

'Why Is Mommy Crying?'

Swarthout has focused on her own family history since she moved to Berlin: She's retraced her father's family roots in Altwiedermus and those of her mother, Rena Cahn Adler, the daughter of a successful Hamburg exporter who fled to New York and settled on the city's Upper West Side.

Rena now lives in Montana, but when Donna told her about a visit to Hamburg in February, it triggered an early memory: She remembered sitting in the harbor with her parents, waiting for the ship that would take them to New York. It was 1938, and the five-year-old Rena looked up at her father and asked, "Why is Mommy crying?"

It's a story Swarthout relates on her blog called "Full Circle," which she says she created, in part, to give American Jews a more favorable view of Germany. But it also details her path to German citizenship for anyone who sets out on a similar project. "They need to be prepared that it could be a very emotional experience," she says.

The process -- which German officials say takes an average of seven months -- requires family documents, such as German passports from the 1930s, which in some cases were confiscated or destroyed years ago. Swarthout's application process has not been without bureaucratic stumbling blocks and delays, including a period of months when German authorities claimed her file, including some original documents, was lost. After being asked to hand over additional original documents, Swarthout says, she ended up in a local bureaucrat's office in tears.

"I said, 'I cannot understand why the German government asks me for these documents when they took everything from my father,'" she says.

Recently, she received an e-mail telling her that, after 15 months, her application for citizenship had been approved. She still is waiting for official confirmation to arrive in the mail.

A Bar Mitzvah in Berlin

Though she does not yet have the official certification of her citizenship, Swarthout and her family recently made their ties to the country stronger as they celebrated her son Avery's bar mitzvah in Berlin.

Avery chose to have the rite of passage in the German capital, and on the anniversary of his grandfather's bar mitzvah in 1942. He wore his grandfather's prayer shawl, or tallit, during the service. It was the first bar mitzvah in her family for two generations, and the first to be held in the city's Jewish Orphanage since the Holocaust, she says.

The event, already laden with religious significance, took on added meaning for the Swarthout family. "It's a connection to our ancestral past, but I think it is a reestablishment of our family as Jews on German soil, so it has tremendous significance for the future as well," she says.

For Swarthout, it was also a defining moment. "It was the first time," she says, "I felt more Jewish than German."