The trial of a neo-Nazi suspected of involvement in the killings of 10 people, most of them Turks, between 2000 and 2007, has been delayed by three weeks to May 6 following a dispute over media accreditation, the Munich court where the trial is to be held said on Monday.

The Federal Constitutional Court had ruled on Friday that the Munich court handling the trial must grant access to foreign media after no Turkish journalists had been able to obtain accreditation under a first-come, first-served application procedure.

The trial was due to start on Wednesday, April 17. The postponement will allow the Munich Higher Regional Court to reorganize the accreditation. Its initial refusal to amend its media access rules had embarrassed Germany and caused an outcry, with accusations that the court wasn't being sensitive enough to the victims. The dispute was overshadowing the start of the trial and threatened to compound the controversy caused by the failings of Germany security authorities in the investigation.

The main defendent is Beate Zschäpe, 38, who is charged with complicity in the murder of eight Turks, a Greek and a policewoman, two bombings in Cologne and 15 bank robberies. She is believed to be the only surviving member of a neo-Nazi cell calling itself the National Socialist Underground (NSU), which was uncovered by chance in November 2011.

Four others are charged with assisting the NSU.

The appointed government representative of the families of the victims, Barbara John, called the delay a "mid-sized catastrophe." She said many relatives had prepared themselves emotionally for what would be a traumatic experience for them. They had also bought tickets, booked hotels and arranged vacation time in order to be in Munich on Wednesday. Many wouldn't be able to make the new date, she added.

John called on the Munich court to compensate the families. "They mustn't be left to cover those costs," she told the newspaper Die Welt. "The Munich court must cover them."

Delay 'An Additional Ordeal For the Families'

The chairman of the Central Council of Muslims in Germany, Aiman Mazyek, also criticized the court. "If the court hadn't been so stubborn from the beginning we would have been spared the postponement," Mazyek told the Rheinische Post newspaper. "I feel sorry for the families of the terrorism victims, it's an additional ordeal for them. I hope the court will learn from its mistakes. This isn't a criminal case like any other."

Ralf Höcker, the lawyer for Turkish newspaper Sabah, which had filed the legal complaint that prompted the Constitutional Court decision against the Munich court's accreditation policy, said: "My client of course regrets that the trial has been postponed. After the ruling by the Federal Constitutional Court it wasn't absolutely necessary to repeat the accreditation process. From our point of view it's just the second-best solution."

Mehmet Daimagüler, a lawyer representing the families of two NSU victims in the trial, said he was "stunned and appalled" by the delay. "One would have thought the court would be in a position to sort out a seating problem. This situation has turned into a slapstick comedy."

However, the opposition center-left Social Democratic Party (SPD) welcomed the postponement. "What matters is that foreign media too will get enough seats," said SPD General Secretary Andrea Nahles. "The Turkish and Greek media have a justified interest in taking part in the trial. It's a good signal that the court is now taking that into account."

Other politicians also said they were relieved at the court's decision, which would give it more time for a fair allocation of seats to the media. 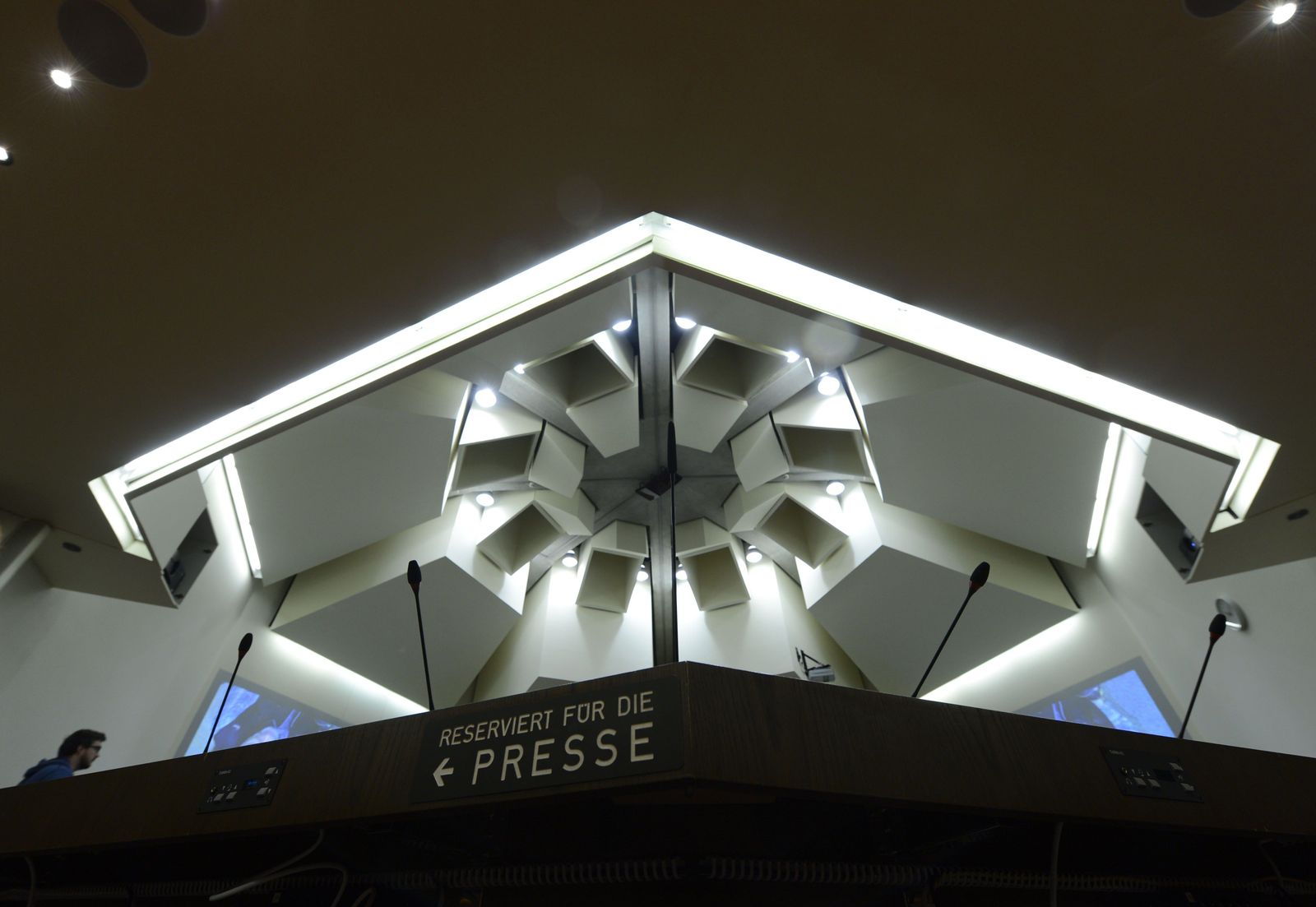 Not yet reserved for the press: The Munich courtroom where the trial is to be held.