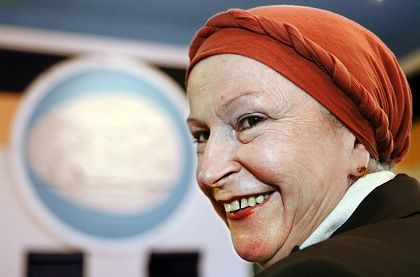 Doris Graber, the teacher at the center of the court case.

A German court announced Tuesday it had upheld a ban on Muslim teachers wearing headscarves in schools in the state of Baden-Württemberg. A state administrative court of appeal in the city of Mannheim ruled teachers cannot cover their heads in the classroom -- at least not if they do so for religious reasons.

The court's decision overturned an earlier ruling in 2006 by a lower court, which decided in favor of a teacher who had converted to Islam. The teacher, who had worn a headscarf since 1995, took her case to court after the school board in the state capital of Stuttgart ordered her to stop wearing a headscarf in the classroom.

Explaing the latest ruling, the Mannheim court said in a statement: "The directive issued by the school administration for those working at the school not to wear such a head covering is lawful." It added the ban applied to teachers who had worn a head covering for years without any students complaining. By wearing a headscarf, the teacher broke her obligation to keep religious expression out of the classroom, the court said. It also ruled that the ban fully complied with Germany's constitution.

The teacher at the center of the court case, Doris Graber, has taught in elementary and secondary schools for over 30 years. After converting to Islam in 1984, she has worn a headscarf in the classroom for the past 13 years. But in 2004 the school board ordered her to stop covering her head.

Teachers in the state of Baden-Württemberg have been banned from wearing headscarves since April 2004. Similar bans exist in eight other German states.