Knut, the world famous polar bear, who died last weekend at the Berlin Zoo, will someday be visible to the public again at the city's Museum of Natural History.

A spokesperson for the museum confirmed Friday that an agreement has been reached with the Berlin Zoo for the animal's remains to become part of its collection of natural history artifacts. The museum has not developed plans for how Knut will be displayed and currently has no exhibits on the Arctic or on global climate change, two possible locations for Knut.

"We don't want to make a memorial room, so we have to have a plan," said Dr. Gesine Steiner, the museum's spokeswoman.

A Hide Waiting to be Prepared

In the meantime, the museum is in possession of Knut's hide and is preserving it until a decision is made on how it will be used, Steiner said. Local German newspapers have made several suggestions for how the animal should be prepared to pose.

It's not the first time that an animal from the Berlin Zoo with a household name has found a post-mortem home at the Museum of Natural History. Bobby, the zoo's first gorilla, whose image is now on the zoo's logo, was transferred there after he died in 1935 from appendicitis. Today, he can be seen in an exhibit at the museum about how animals are prepared for viewing.

That preparation has caused much uproar among Knut fans in Germany, who are angry over reports that the animal will be "stuffed." They have also used an online memorial book for Knut on the zoo's website to demand that the polar bear be given a proper burial.

Steiner insists that the animal will not be "stuffed," but will be prepared using a form of taxidermy that involves stretching the animal's hide over a plastic form made in its size.

An autopsy on Knut's organs is ongoing, though preliminary results show that the four-year-old bear died of brain disease. By far the most popular animal at Berlin's Zoo, Knut died last Saturday in front of hundreds of people when he fell off a rock into a moat and drowned before zookeepers could reach him.

Knut achieved worldwide fame as a young cub, when he was hand-raised by zookeeper Thomas Dörflein after his mother rejected him. Knut's image has graced German stamps, and children all over Berlin have clutched their white stuffed animals in his likeness.

By Friday morning, there were nearly 8,000 entries in the zoo's online memorial book, with several people trying to organize a protest for Saturday morning at the zoo against Knut's display in the museum.

Several also demanded the resignation of zoo director Dr. Bernhard Blaszkiewitz for agreeing to the move.

Blaskiewitz has recently denied that stress was a factor in Knut's death. Animal rights activists and Knut fans have been critical of the zoo's decision to house Knut in the same enclousure with three other polar bears, including the mother who rejected him.

Zoo press officials could not be reached for comment Friday morning. In an interview with the Berliner Morgenpost published Friday, Blaskiewitz said that, in the 37 years of his career, he had never seen an animal who was as well-loved as Knut.

Anna Schenk wrote on the online book: "[Knut] was a media darling… Now a decision has been made without asking anyone -- a decision for money and against the rights of a star. It was decided that 'our' Knut will not find peace after his death. We cannot, and will not, accept that." 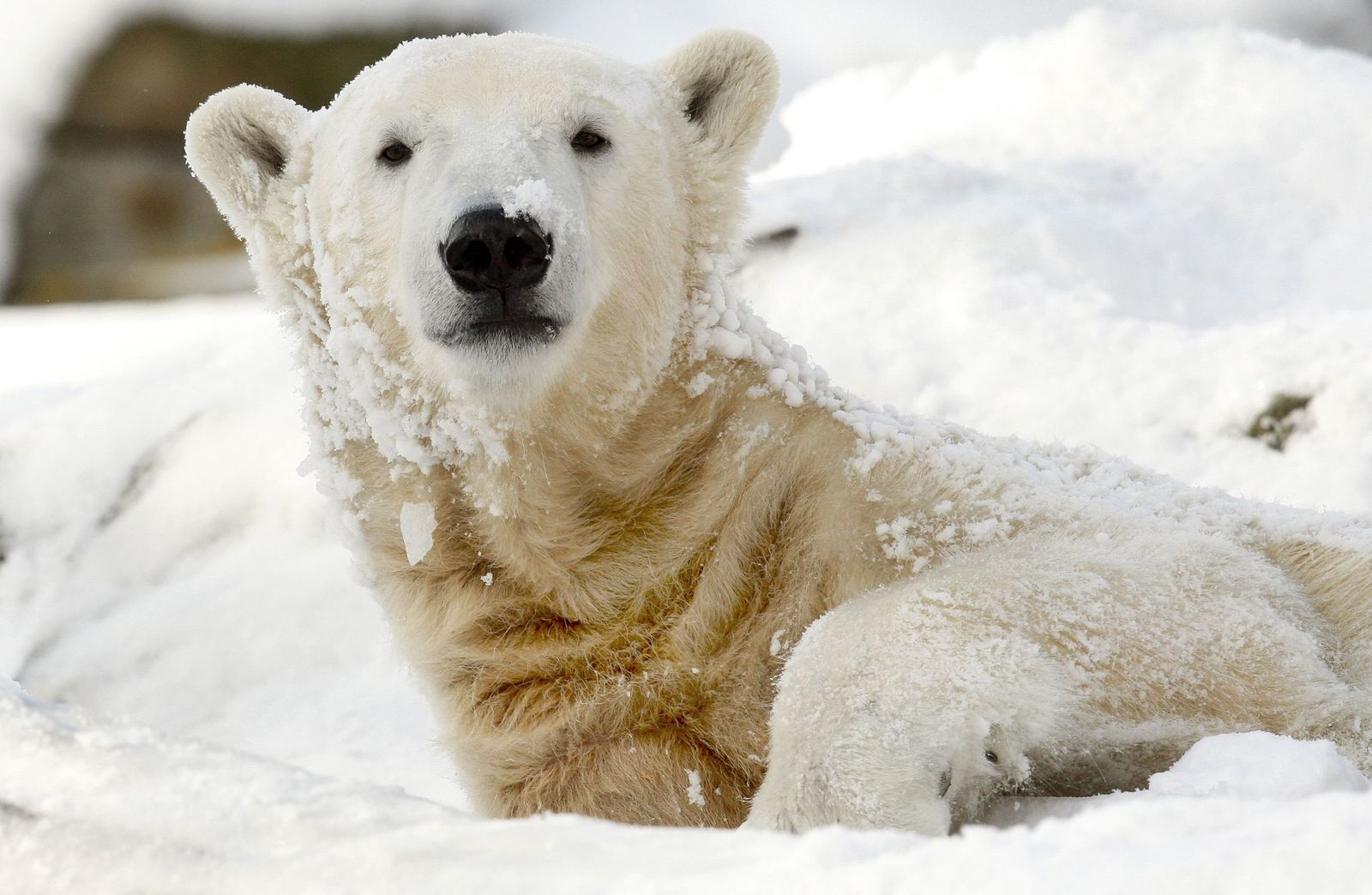 Polar bear Knut lies in the snow in his enclosure at the Berlin Zoo in February 2009.