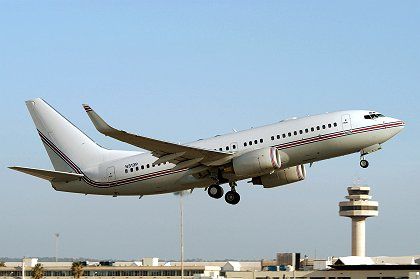 A CIA jet takes off at Palma de Mallorca.

The 11-story apartment complex on Washington Boulevard in Arlington, Virginia, couldn't be in a more pleasant location. The buildings offer distant views across the Potomac River, all the way to the Lincoln Memorial and the White House. The residents here live both discreetly and within a stone's throw of the halls of power in Washington. There are no names, only numbers, on the mailboxes and apartment doors, and when visitors arrive unannounced, a uniformed woman at the reception desk shows them politely but firmly to the door.

There is a good reason for this secrecy in Washington. The buildings are home to many employees of the Defense Intelligence Agency, which is headquartered a short five-minute drive from Washington Boulevard. Other residents include CIA officers like Lyle L., who lives in apartment 801 and also has a short commute to his office at his agency's headquarters in Langley, Virginia.

But the orderly world of a handful of US intelligence agents is about to be turned upside down. The district attorney's office in Munich has filed international warrants with Interpol for the arrest of Lyle L., 51, and nine other CIA employees. Lyle L., also known as "Uncle Bud," a former member of the elite Green Berets combat unit, is alleged to have been part of a group of agents who kidnapped Khaled el-Masri, a Lebanese-born German citizen, in Macedonia in January 2004 and flew him to Afghanistan via the Mediterranean island of Mallorca. A trained medic, Lyle L. was probably the one who administered sedatives to Masri on board the Boeing 737.

Officials in Washington have since realized that the German investigation is more than just a symbolic act. This week in Berlin, a group of senior officials from the interior, foreign and justice ministries will meet to discuss the sensitive issue of how the German government should handle the Munich petition for "arrest for the purposes of extradition." There is general agreement within the government in Berlin that the request should be promptly delivered to the Bush administration, which would be tantamount to an official request for the arrest of the men being sought.

Lyle L. was probably the only person who would have had reason to be concerned about this request until now because he was the only member of the CIA team that allegedly abducted Masri who could be identified by his real name. But now the German investigators are in the process of uncovering the identities of the remaining CIA kidnappers, an effort that will further strain an already tense German-American relationship.

At a recent lunch in the German Embassy in Washington, Michael Hayden, the new CIA director, complained about the "bottomless criticism" from Europe that the US government faces for abducting suspicious Islamists. One US diplomat calls Germany's approach the "German double standard." On the one hand, he says, the Germans seek to benefit from information gleaned by the CIA. On the other, they are careful to keep their hands clean. According to US diplomats, US Secretary of State Condoleezza Rice has made it clear to her German counterpart, Foreign Minister Frank-Walter Steinmeier, that the investigations of the agents present a serious problem.

Even before the warrant was issued for the arrest of the agents, John Koenig, a representative of the US embassy in Berlin, had met with German officials at the Chancellery and the Justice Ministry and lodged an official diplomatic protest. Newsweek magazine fears a "US-European showdown" that could jeopardize "US cooperation with German intelligence agencies." A German government official also describes the investigations as "one of our main problems at the moment," which, in light of currently elevated threat levels, couldn't have happened at a more inopportune time.

The German government could have put a stop to the arrest warrants in the first stage. It would simply have had to refer to Paragraph 153c of the German Code of Criminal Procedure, which states that a legal proceeding can be terminated by official decree if this is in the "prevailing public interest." But a group of senior officials meeting at the Justice Ministry rejected a government veto, arguing that any government efforts to apply the brakes on the investigation would be too difficult for the public to swallow. As a result, the cabinet decided to allow the Munich prosecutors' petition for the issuance of international arrest warrants to stand.

Initially the effort seemed almost pointless for the Germans because, with the exception of Lyle L., the names on all of the arrest warrants were aliases. At Langley, false identities are seen as an effective intelligence tool that normally puts a stop to any investigation. 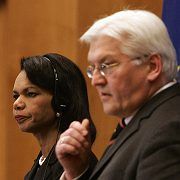 US Secretary of State Condoleezza Rice and German Foreign Minister Frank-Walter Steinmeier: Rice has made it clear to her German counterpart that the investigations of the agents present a serious problem.

But the US agents were not as smart as the police had assumed -- or perhaps criminally negligent. Thanks to the US Federal Aviation Administration (FAA), all it took was a simple computer search for the investigators in Old Europe, without any official assistance from the US Department of Justice, to determine the real names of "Captain James Fairing," "Eric Fain" and "Kirk James Bird."

In its database of registered pilots, the FAA keeps careful track of who registers, under what names and when they register. The database includes the names of anyone who ever acquired a pilot's license in the United States. It even includes Mohammed Atta, one of the suicide pilots of the Sept. 11 attacks.

Munich district attorneys knew the captain of the Boeing 737 which carried Khaled el-Masri to Afghanistan after a stopover in Palma de Mallorca had the fictional name of "Fairing." Discovering his real identity became a matter of simple detective work. All a researcher had to do was enter the name "Fairing," along with other details -- such as his licenses to fly certain aircraft models, or special personal characteristics -- into the FAA database. The system soon produced the pilot's real name.

That was how the German investigators discovered that Captain James Fairing's real name is James K. And because K., 53, called his wife in North Carolina from a hotel in Mallorca, the investigators managed to track down his address. The captain lives in Johnston County, in a nice single-family home with a huge patio and garden.

A look at another database reveals that he drives a Toyota and has a college degree in biology. But anyone driving through the North Carolina tobacco fields to Johnston County to ask James K. about his work as a CIA pilot will encounter a man in a straw hat who threatens, furiously: "Get off my property or I'll call the police!"

The example of Eric Fain also demonstrates what a lousy job the CIA did in attempting to cover up the identity of its agents. Fain's fake flight instructor's license is dated March 13, 1999. His real one is dated March 31, 1999, a simple transposition of numbers. A similar approach was taken to construct the supposed covers of a number of the CIA pilots. 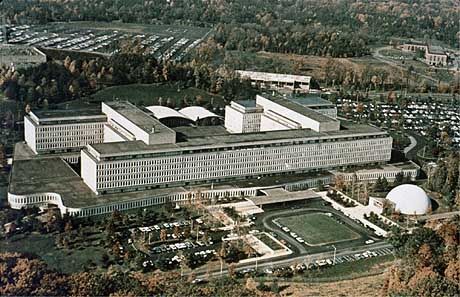 The modern world of databases, which stores information about everyone and everything, especially in the United States -- and which the intelligence agencies use all too often themselves -- is proving to be the undoing of agents who are no longer as secret as they would like to be. CIA employees at all levels are increasingly nervous about the fact that their involvement in the so-called war on terrorism has made them potential targets. At CIA headquarters in Langley, most are now familiar with the details of the case of Robert Lady, the former CIA station chief in Milan.

Lady is one of the 26 Americans charged by Italian courts with involvement in the abduction of Imam Abu Omar in Milan in February 2003. Lady was officially accredited as a diplomat at the US consulate in Milan, but in fact he was in charge of the Abu Omar operation. In 2003 he was on the verge of retirement and had already bought a country house in Italy's Piedmont region.

When Italian prosecutors learned about the kidnapping and even traced it to the nights the CIA agents spent in Milan luxury hotels, Lady became the fall guy. He was forced to disappear from Italy and go into retirement, and he is unlikely to ever see his country house in the Piedmont again, for which he is still paying the mortgage. The house was seized by the authorities. If Lady is found guilty, it will be confiscated.

Robert Lady is now pinning his hopes on the Italian courts. A Milan judge has temporarily suspended the case because it deals with state secrets. Now the Italian constitutional court will have to decide whether the indictment may contain state secrets. If Lady is found guilty, he could be sentenced to up to four years in prison.

Lady's fate is now believed to have set a precedent in Langley. A number of agents who are stationed in Europe or took part in the kidnappings have since obtained private insurance policies to protect them against their victims' claims for damages.

Those who, unlike Lady, are not old enough to retire, face another problem. Because global warrants have been issued for their arrest, the affected CIA agents face the risk of detention upon crossing almost any border outside the United States.

For Lyle L., a.k.a. "Uncle Bud," who has been stationed in Bavaria and Brussels and served in special units in Bosnia and Afghanistan, there will be only one safe way to reach international hot spots in the future: He can travel with the US Air Force, whose passenger lists are generally not checked.

Ironically, this mode of travel will tend to take him through the US Air Force base in Ramstein, Germany -- where "Uncle Bud," because of his involvement in the Masri kidnapping, is currently the most wanted.