"I have run. I have crawled. I have scaled these city walls.... Only to be with you."

It is difficult to imagine more fitting lyrics for U2 to belt out when the band takes the stage in the heart of Berlin on Thursday evening for a free concert. Indeed, when news was released last month that the Irish mega-stars would help the German capital celebrate the 20th anniversary of the fall of the Wall, Berliners were ecstatic. The 10,000 free tickets were snapped up almost instantly.

This week, though, the initial joy is diminishing. The event will take place on Pariser Platz, just in front of the Brandenburg Gate and surrounded on three sides by buildings. To prevent those without tickets from seeing the show, the fourth side is to be closed off by a more than two-meter high wall -- just a few dozen meters from where the original Wall once stood.

"It is a big event, one that I am very pleased about. It would be nice if as many Berliners as possible could take part," Frank Henkel, Christian Democrat floor leader in the Berlin city-state parliament, told the daily Berliner Morgenpost. "It would be great if the organizers would avoid barriers of any kind."

The show takes place just days before a number of world leaders are set to gather in Berlin to mark two decades since the Nov. 9, 1989 fall of the Berlin Wall. Chancellor Angela Merkel will be joined by French President Nicolas Sarkozy, Russian President Dmitry Medvedev and US Secretary of State Hillary Clinton. Former Solidarity leader Lech Walesa will also be on hand. Bon Jovi will give a free concert in Berlin on Monday night as part of the festivities.

The U2 show is being organized by MTV in parallel with the European Music Awards taking place the same night in Berlin. In addition to ticket holders, those who work in the buildings surrounding Pariser Platz -- and guests of the luxury Adlon Hotel -- will be able to see the Thursday evening show.

Still, Berlin police anticipate that many more than just those with tickets will show up and are prepared to close much of Unter den Linden, the street which runs through the heart of Berlin away from the Brandenburg Gate. But if they were hoping for a glimpse of U2, they will likely be disappointed -- still not having found what they're looking for. 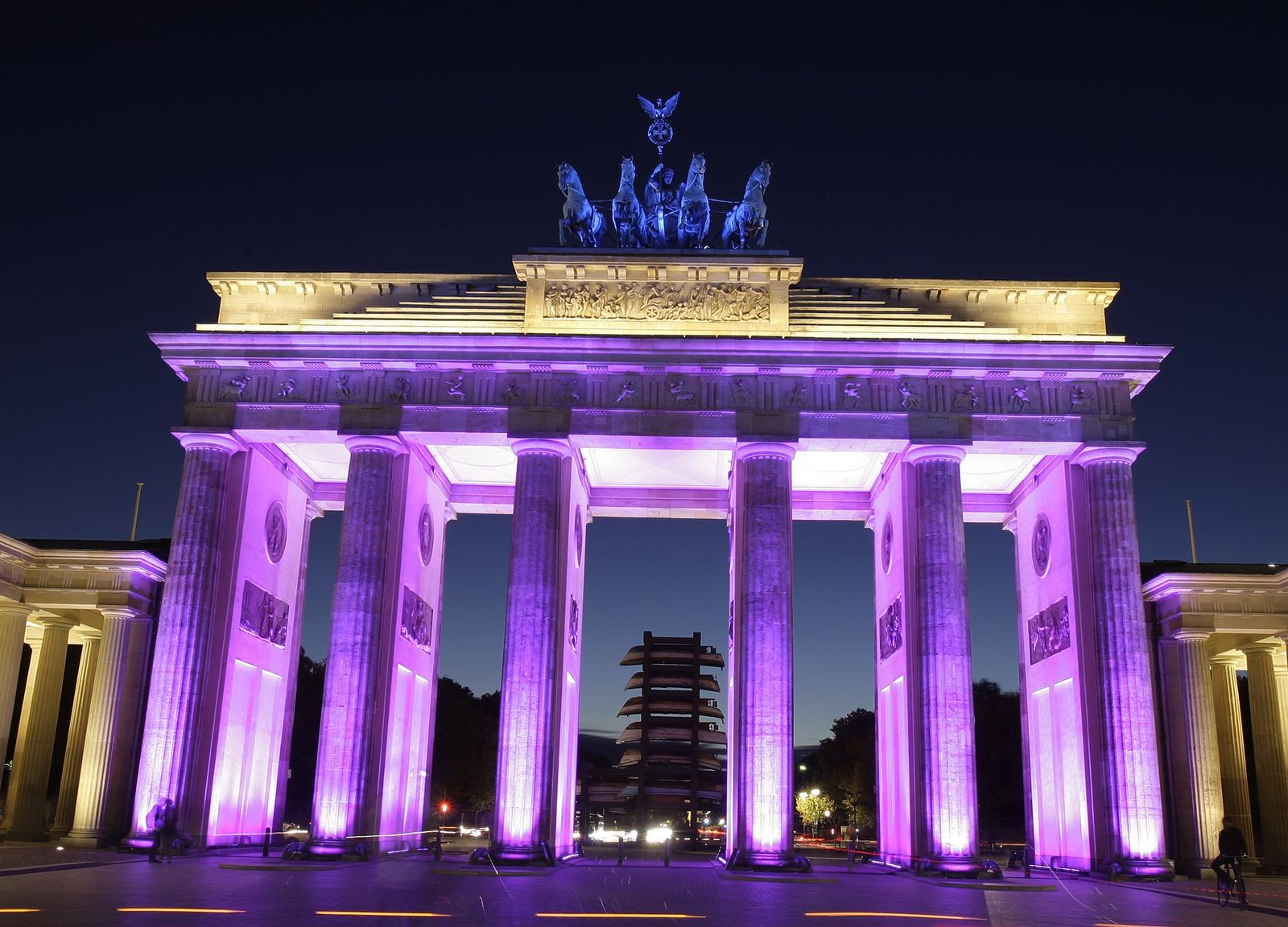 U2 will play a free concert in front of the Brandenburg Gate in Berlin on Thursday evening.