It is hard to refute the idea that Angela Merkel, after eight years as chancellor, has made an indelible mark on Germany's political landscape. The irony is that the Christian Democrats' leader, who is known for her conservative views on tax policy and gay rights, is partly responsible for a cross-party shift to the left.

A new study by the WZB Berlin Social Research Center shows the country's main political parties -- with the exception of the business-friendly Free Democratic Party (FDP) -- have shifted to the left of the political spectrum over the past six election cycles.

"Certainly this is an indication of the CDU's powerful position on the political landscape," says Sven Regel, who co-authored the report. "The conservatives' drastic move toward the left, especially between 2005 and 2009, is likely to have prompted the other mainstream parties to follow suit."

The study, dubbed the "Manifesto Project", includes the analysis of 24 election manifestos spanning nearly two decades: those of the CDU; its Bavarian sister party the Christian Social Union (CSU); the center-left Social Democratic Party (SPD); the FDP; the ecologist Green Party; and the far-left Left Party.

The party platforms were analyzed according to 56 previously determined subjects, each of which the researchers placed on a left-to-right spectrum. To this end, topics including "military disarmament" and "welfare state expansion" were placed on the left side of the spectrum, while subjects such as "law and order" were placed on the right.

The data show the CDU and SPD have both undertaken a drastic turn to the left in the two most recent election cycles. Regel says this is in part due to a backlash against the Gerhard Schröder era of 1998 to 2005, which some deride as a neo-liberal abandonment of his SPD's traditionally progressive values.

"The Schröder- and Blair-induced swing to the right that manifested itself well into the 2005 election cycle should certainly be taken into consideration," he says. "I'm sure the financial crisis has a role to play, too."

The FDP is the only party to have shifted to the right since the general election in 1994, the study finds. In comparison to previous election cycles, researchers say the party is placing more of an emphasis on individual freedom and economizing, and less of an emphasis on education.

The FDP's turn to the right likely comes down to internal party dynamics. Regel points to the powerful position of conservative former party chairman Guido Westerwelle -- who serves as foreign minister in Merkel's cabinet -- as one of the reason for the shift.

Interestingly, the research disputes the widespread assertion that the mainstream parties' manifestos have become impossible to differentiate. According to Regel, who alongside his three co-authors coded every single sentence in the five parties' 24 electoral platforms, the media is partly to blame for this misconception.

"If journalists dug a bit deeper, they would find that the parties' positions are quite unique," he says. "The positions tend to get lost in the daily churn of news reporting, though." 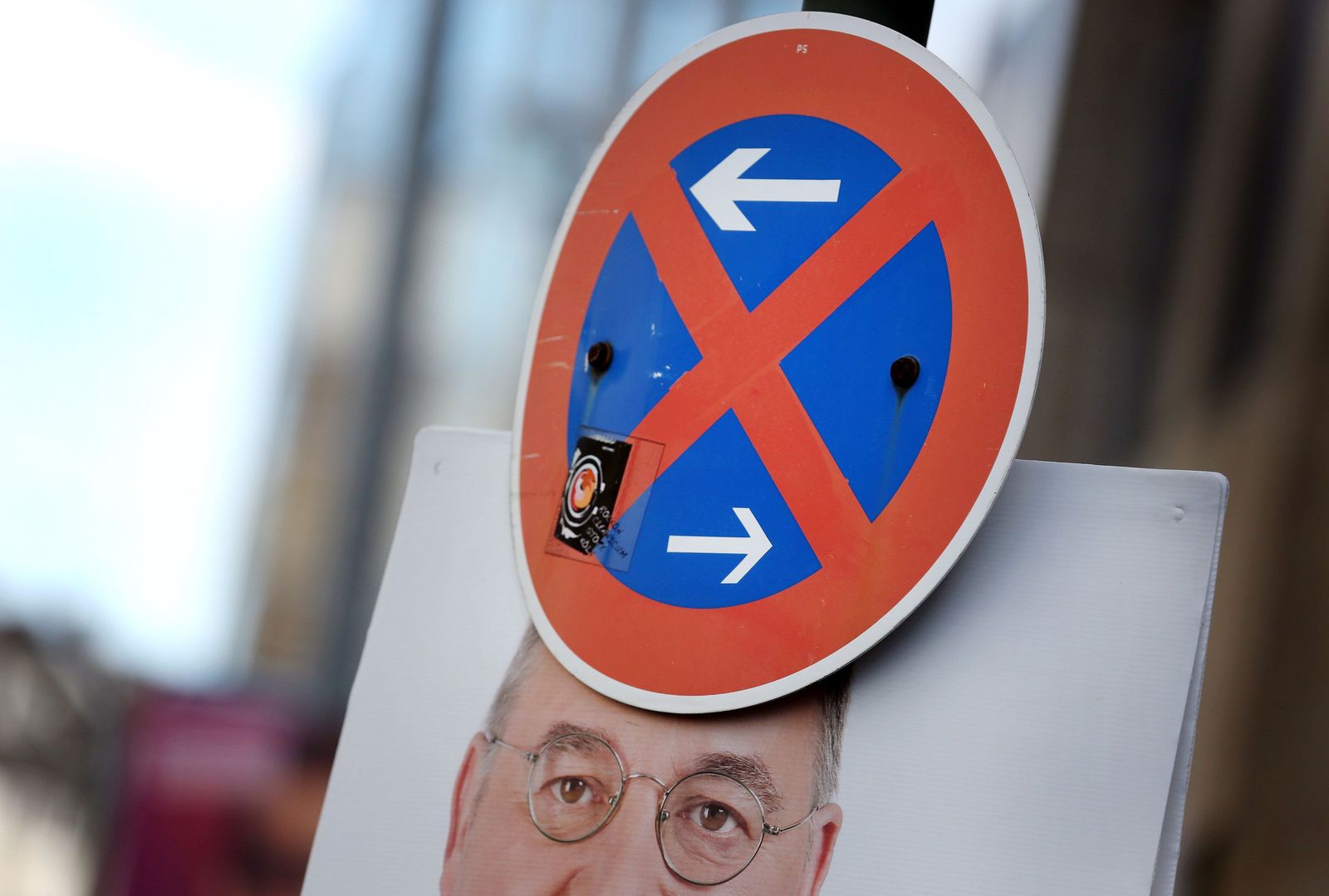 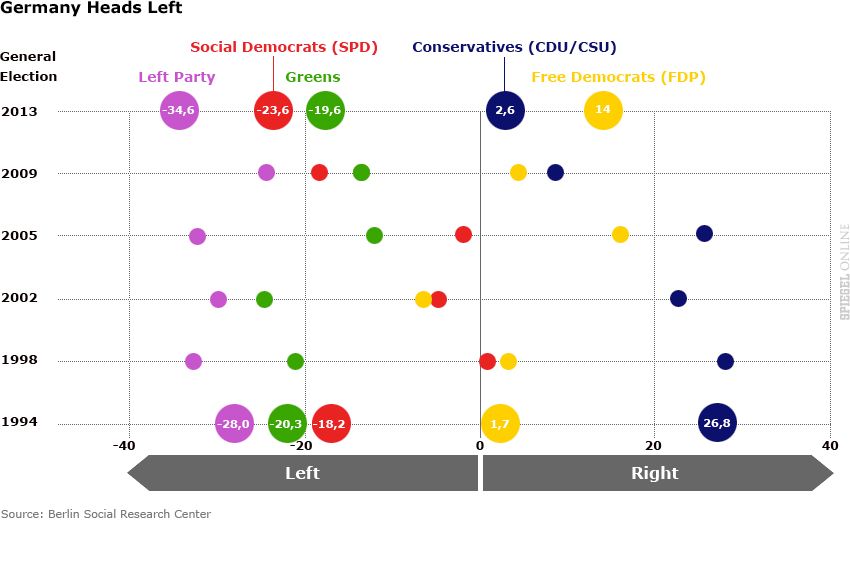