It's no secret that economic prosperity during an election season favors the incumbent. The fact that Germany has strongly rebounded from the financial crisis in the last half-decade bodes well for Chancellor Angela Merkel, whose Christian Democrats (CDU) are seeking re-election for a third term on Sunday.

This year's Transatlantic Trends opinion survey, an annual poll conducted by the German Marshall Fund with the help of polling firm TNS Emnid, reflects both Germany's economic confidence and desire for political stability. It has found that Germans are generally satisfied with their government, its handling of the euro-zone crisis and their country's position within the European Union. Even the euro and immigration policy -- frequent sources of controversy and division -- don't seem to be a cause for concern.

In some respects, the poll -- which involved interviews conducted with approximately 1,000 respondents in each of 12 European countries and the United States -- shows Germany to be an exception in Europe. According to the report, the citizens of many member states are increasingly dissatisfied with their own governments, particularly when it comes to economic policy. This is especially the case in troubled economies like Italy and Portugal, where 93 and 92 percent of respondents, respectively, believe their countries' economic systems favor the interests of the few over basic fairness.

Less so in Germany. The report claims that 56 percent of Germans are satisfied with their government's economic policy, while two-thirds specifically approve of Angela Merkel's handling of the euro-zone crisis (64 percent). The chancellor -- who has been in government for nearly eight years -- has enjoyed steady levels of domestic support in recent years.

When it comes to European Union membership, German attitudes also differ from those of its neighbors. According to the report, 71 percent consider joining the EU to have been beneficial for the German economy. In the United Kingdom, where euroskepticism has become increasingly mainstream in recent years, only 40 percent said EU membership had had economic benefits. Unsurprisingly, respondents in southern Europe were divided on the topic -- in countries like Spain and Portugal, approval rates of EU membership hovered around the 50 percent mark.

Despite reports of growing anti-immigrant sentiment in Germany, the report shows the vast majority of Germans are comfortable with the idea of immigration. Eighty-percent of respondents stated that immigration did not represent a threat to the country's national culture. That's likely a good thing, too, given the massive influx of immigrants from Southern and Eastern Europe during the past year.

Just over half of respondents (54 percent) approved of the incumbent government's immigration policies, once again putting Germany at odds with the rest of Europe, where 44 percent said their government's handling of immigration was "problematic." Three-quarters of German respondents believed immigration made up for the lack of skilled workers on the German labor market.

This general sense of satisfaction may also explain why this year's German election campaign has seemed so uneventful. "German politics may be boring, but what would we rather have? The same situation as Greece?" wrote Josef Joffe, publisher of Germany's weekly Die Zeit newspaper, in a recent editorial. "Rarely in their democratic history have the Germans enjoyed such good fortune." 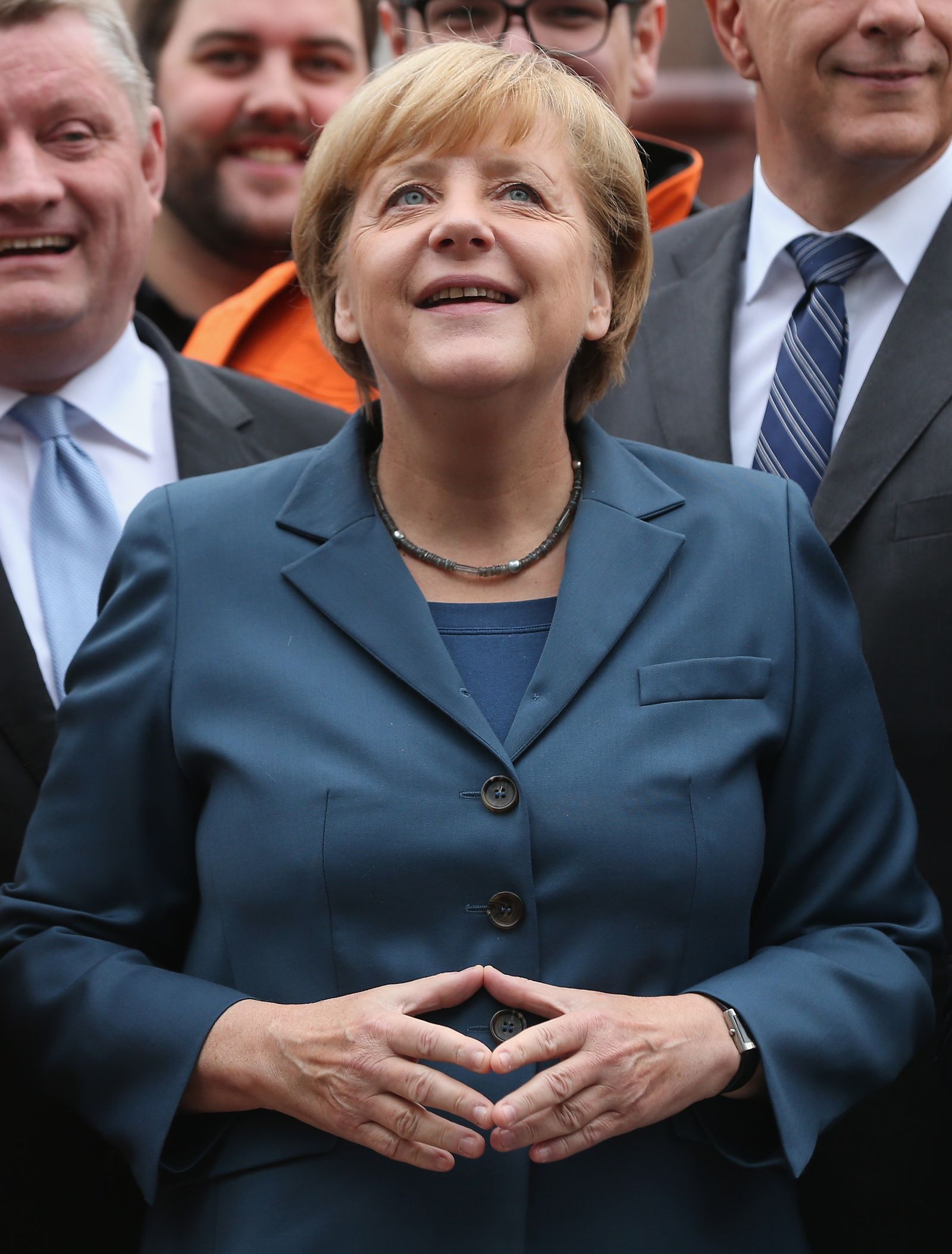 A new poll suggests Germans are largely happy with their government under Angela Merkel.