The sea was calm. Barely a breeze blew on that warm summer day on the island of Sylt. The fishing fleet was unhurried as it returned to port.

Just before 5 in the afternoon, that calm was over. The men had hardly moored their boats when a wall of water appeared on the horizon. "As high as a house," as one of the fishermen described it, the wave "roared toward the beach." The men ran for their lives, seeking shelter in the sand dunes. When they looked back, they saw "how this monster broke with crashing violence on the beach and hurled our boats right up to the edge of the dunes."

Similar drama took place along the entire North Sea coastline on June 5, 1858. On the Friesian island of Wangerooge, a huge wave engulfed children playing on the beach. "It is a great gift from God that they could be rescued in time," the Weser Zeitung newspaper wrote. "Otherwise they would have been lost for certain."

The wave, which seemed to rise up out of nowhere, also caused panic on the steep-sloped, rocky island of Helgoland. "It's easy to understand why the women standing in the water let out an almighty shriek," wrote another newspaper. "Strangely enough, this horrific scene unfolded on a perfect day, and even though the water had seemed calm, it suddenly appeared to be boiling all around the island."

Jürgen Newig, a geography professor in Kiel, became aware of this bizarre natural disaster recently. Together with Dieter Kelletat, a colleague from Essen, he evaluated the amazingly precise eye-witness accounts and published the results in the Journal of Coastal Research. According to the two scientists, the descriptions allow for only one conclusion: "Our ancestors witnessed a tsunami," Newig says. "And it could happen again at any time."

It is a minor sensation because, up to now, these breakers were believed to be a natural phenomenon that only occurred at the other end of the world. According to the traditional school of thought, Germany's beaches are spared such calamities. It has long been speculated that mega-waves would rapidly lose power while rolling across the shallow North Sea.

"That's a mistake," Kelletat says. "Ever since the devastating disaster of 2004 in Southeast Asia, we know that tsunamis can wreak havoc even in shallower waters."

From today's perspective, one incredible aspect of the historic North Sea tsunami is that there are no reports of fatalities. "It's almost miraculous," Newig says. This could be because the locals had a deep respect for the sea and the dangers associated with it. Nobody ever used to build their house near the beach, and when a big wave appeared, people fled due to past experiences with high storm surges. "By the time a tsunami hits a beach, it is only traveling at about 20 kilometers per hour (12 miles per hour)," Kelletat says. "Those who run away the moment the water starts approaching have a good chance of surviving."

The situation would likely have been much worse had the beaches been filled with sunbathers. But tourism was still in its infancy and, even in July and August, only a few vacationers made their way to the islands.

Newig and Kelletat have tried to pinpoint the cause of the tsunami. Their research found that the mega-wave didn't hit only the German coast. They also uncovered similar reports from France, England and the Netherlands, although it appears the tsunami crashed most violently against the Danish coastline (see graphic).

The timing of all these events indicates the tsunami must have originated in the Atlantic Ocean. However, the researchers don't yet know what exactly triggered it. "Neither an undersea earthquake nor a meteorite strike were recorded on this date," Newig says. The two men therefore think the most probable cause was an underwater landslide in which several hundred cubic kilometers of rock tumbled down onto the seabed. Part of the Canary Islands could, for instance, have broken off unnoticed.

The researchers believe that several tsunamis have struck the North Sea coastline in centuries past, but that if they were recorded at all, they would presumably have been mistaken for normal storm surges. "The danger of tsunamis hitting the North Sea coast is greater than previously thought," Kelletat says. "Huge waves threaten a region visited by millions of tourists a year."

Johann Meyer, a local official who experienced the "thunderous roar" of the wave approaching Wangerooge, had a dark foreboding all the way back in 1858. "The only explanation I have for this event," Meyer noted, "is that an earthquake must have occurred in some faraway location, sending a terrible shockwave through the water." 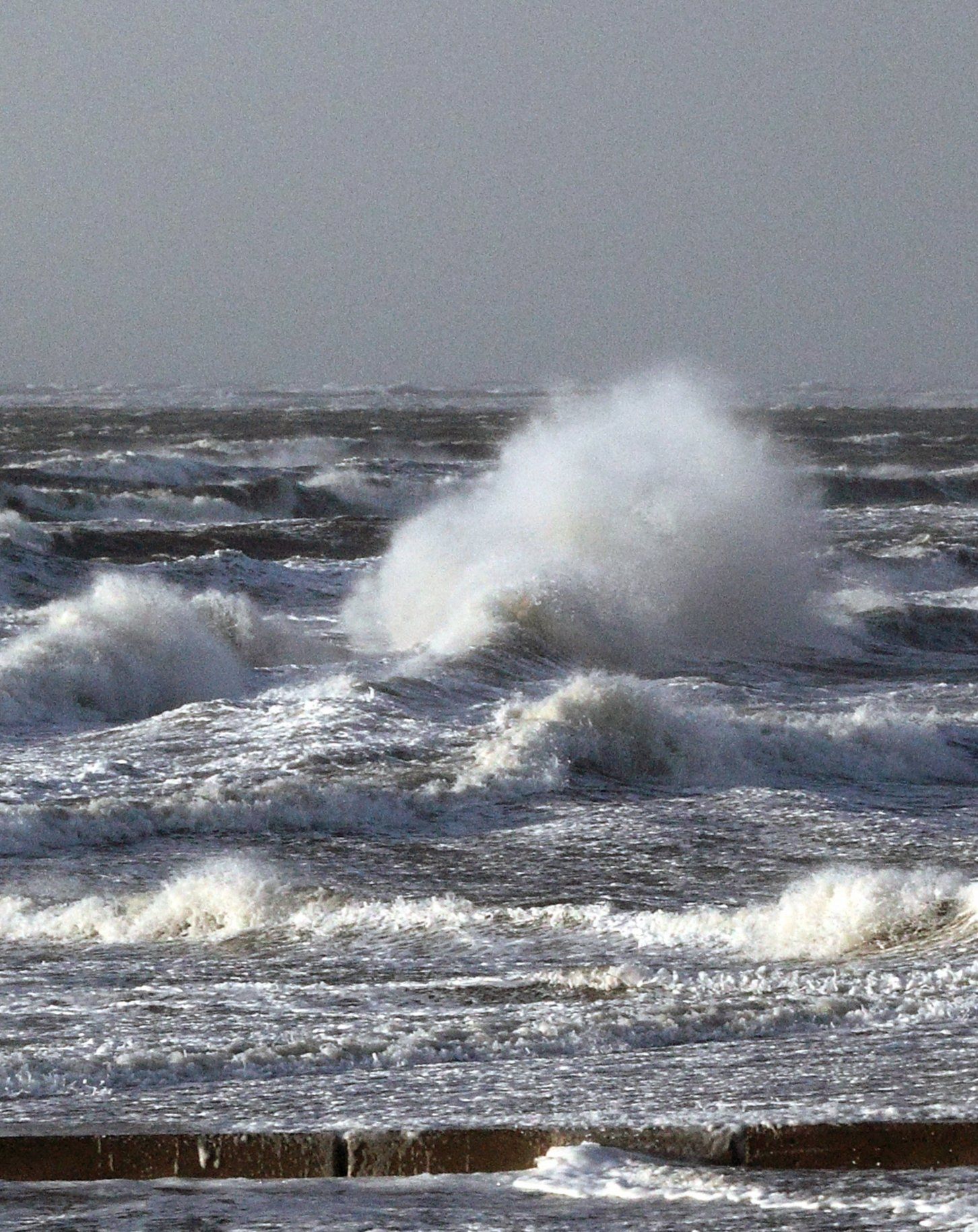 Waves of the North Sea. The body of water could be more vulnerable to tsunamis than previously thought.