Nearly 100 years old, the legendary Liemba has seen a lot of action. The steamer was secretly constructed in 1913 on orders from Kaiser Wilhelm II, who then had it carried piece-by-piece to be assembled on the world's longest lake in what was then German East Africa. The mighty ship was meant to save the German Empire's important colony by taking control of Lake Tanganyika.

Scuttled once and sunk twice, the vessel was made famous by its inclusion in "The African Queen" with Humphrey Bogart and Katherine Hepburn. It also had brushes with Clint Eastwood and a British naval officer who wore skirts and was worshipped as a god.

The colonial relic, originally named Graf Goetzen, remains in service on Lake Tanganyika in what is now Tanzania. Derelict and in desperate need of repair, it still serves as one of the region's most important form of transportation.

As the birthplace of the Liera, the state of Lower Saxony decided to step in and help last year. Then Governor Christian Wulff, who has since become Germany's president, requested aid from the Foreign Ministry and the Development Ministry in Berlin to restore the ship. Because of the ship's "singular history" and "indispensible" service to the Tanzanian people, Germany should step in, he said.

The Tanzanian government joined Wulff's call for aid. But according to information obtained by SPIEGEL, a report from the Development Ministry has concluded that repairing the ship according to international safety standards would be too costly. Building an entirely new ship would be more efficient, it says.

But Meyer Werft, the shipyard in Papenburg, Lower Saxony that originally took what turned out to be Kaiser Wilhelm II's last warship order, may have a solution. In late August the company plans to present a new concept for a far-reaching refurbishment that would cost between €6 million and €8 million ($8.7 million and $11.6 million). 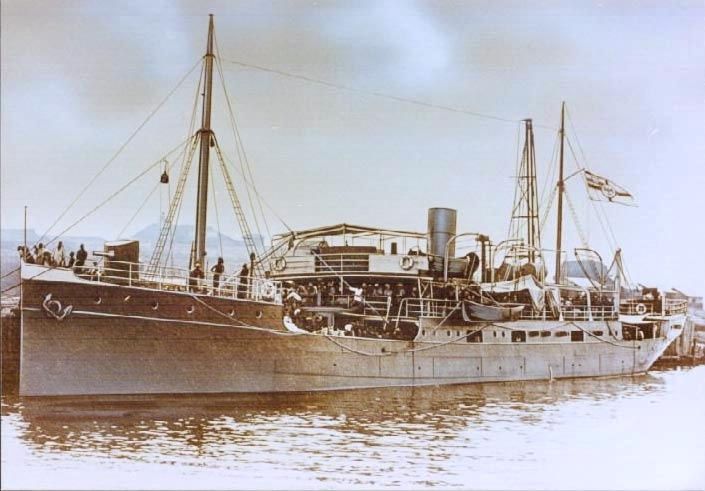 An undated photo of the Liemba, originally called the Graf Goetzen.