Trouble is brewing in Frankfurt. This coming Tuesday, like every year, the "Night of the Broken Glass," the Nov. 9, 1938 Nazi pogrom, will be remembered in the Paulskirche. And the keynote speaker, of all people, will be a man known for comparing what the Nazis did to the Jews to what the Israelis are doing to the Palestinians. He has said: "As a Jewish boy in a Frankfurt school, I was despised, and even beaten. I can't understand how Jews can scorn others."

Alfred Grosser was born in Frankfurt in 1925. His father, Paul Grosser, was a doctor, a Jew, a Social Democrat, a Freemason, and far-sighted enough to emigrate to France right after the Nazis took power. He died there in 1934. His son Alfred became a French citizen, studied political science and German studies, and by age 30 had won a chair at the prestigious Institut d'etudes politiques de Paris. He quickly made a name for himself as an outspoken advocate of French-German understanding. He received several honors, among them the Peace Prize of the German Book Trade, the Grand Prix de l'Acadèmie des Sciences morales et politiques, and the Federal Republic of Germany's "Highest Order of Merit."

Grosser was a regular guest television talkshows, and was a well-received speaker at meetings and conferences. Without question, he deserves recognition for promoting the normalization of German-French relations. His friends see in him the prototypical European: German, French, Jewish, Intellectual. His critics point out that one thing in particular stands at the center of his interests and activities: Alfred Grosser, himself. In 2003, for example, he quit the board of the French magazine L'Express, giving as the reason for his move the fact that the editors "only reluctantly" published his review of an Israeli book, and published in the next issue a flood of letters from readers "that scolded me."

Now no one knows what Grosser will say on Nov. 9 in the Paulskirche. But the very fact that he has been invited to make the speech has led to resentment between Frankfurt Mayor Petra Roth, and the two vice presidents of the Central Council of Jews in Germany, Dieter Graumann and Salomon Korn.

Not surprisingly, each side has a different story for how the invitation came about. A confidant of the mayor says it was Korn's idea. Korn and Graumann, for their part, insist that they were never asked for input. The first they heard of the invitation, they say, was through the newspapers.

The Secretary General of the Central Council, Stephan Kramer, has asked Roth to cancel Grosser's invitation. He considers it "irreverent to let Alfred Grosser speak on this date, at this location."

It is likely too late. The invitations to the commemoration have already been sent out. Only Grosser himself, it would seem, can prevent the scandal -- by backing out of the engagement himself. That, though, isn't likely to happen.

Grosser has long been controversial. In September 2009, he gave an interview to the Kölner Stadt-Anzeiger in which he accused the Central Council of silencing critique of Israel. "As soon as a voice against Israel rises up, it's immediately called 'Anti-Semitic' ... the worst is the Central Council of Jews." The Federal Republic, Grosser says, is "so intimidated ... that in front of the Knesset, the (German) president and the chancellor only make references to the terrorism from Hamas."

In an interview with the magazine Stern in October 2007, he said "that Germans are allowed to be critical of anything possible, but not of Israel," and that there is a "club that is regularly being swung at Germans, when they say something against Israel." If they do it anyway, "the club says right away: 'I'm hitting you with Auschwitz.' I find that intolerable." In 1998, this same club swung at writer Martin Walser on the occasion of his receiving the Peace Prize of the German Book Trade, triggering the "Walser-Bubis dispute" at Frankfurt's Paulskirche -- the same site where Grosser will speak.

(Editor's note: In that speech Walser spoke of the country's "historical burden," and said, "when every day in the media this past is presented to me, I notice that something inside me is opposing this permanent show of our shame." He also spoke of the "instrumentalization" of Auschwitz. The talk was criticized by Ignatz Bubis, then the president of the Central Council of Jews in Germany, who accused Walser of committing "intellectual arson.")

A Modern Variation of Anti-Semitism

Anti-Zionists on the left and the right sound much like Walser and Grosser when they criticize that Germany is in the "stranglehold of the Israel Lobby." Grosser, of course, carries more weight. As a Jew, he is above suspicion in offering up anti-Semitic resentments. When he says, for example, "that Israel's policies encourage anti-Semitism," then he is only dealing out criticism to Israel. Even if it is the modern variation of the classic accusation -- that the Jews are at fault.

When asked about Grosser's past statements, the mayor of Frankfurt says some of the information was "already known" and "some new." She points to the "clear and undisputed stance of the city of Frankfurt to the state of Israel, and the especially friendly relationship with the city of Tel Aviv."

Concerning Grosser, Roth says he has a "personal connection with Frankfurt am Main," and also has "worked over the course of many decades for the reconciliation of peoples, and especially achieved a lot for the new German-French relationship," for which he was awarded the 1975 Peace Prize of the German Book Trade. "All of this moved us, 35 years after that ceremony, to invite Mr. Grosser to speak in the Paulskirche on November 9," she said.

Bashing the Central Council of Jews

The mayor's office, it would seem, believes that Grosser is still very much involved in reconciliation. But that is all in the past. Today he is wondering why the Jews haven't learned anything from their history.

The Central Council of Jews is not happy about the situation they have been left with. "We didn't invite him, and we can't revoke his invitation," said a leading official. "We're in a no-win situation." The official said they will take a bashing "no matter what, if we take part in the commemoration, or stay away."

Therefore, they are going to go and see what Grosser says. "We are not going to publicly announce how we are going to conduct ourselves at the event in the city of Frankfurt on November 9th in the Paulskirche. But we will take appropriate action."

It could be an interesting evening. 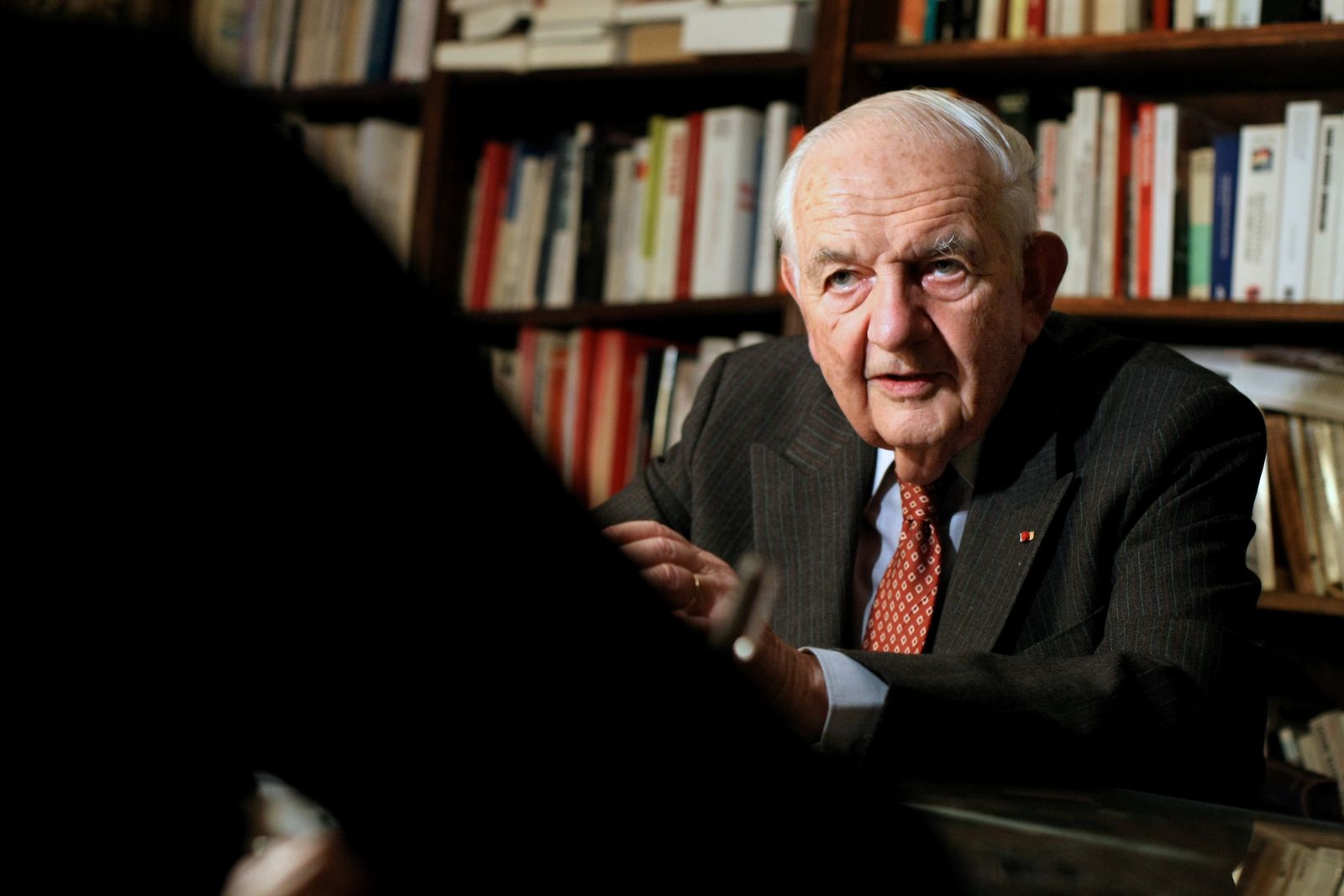 Publicist Alfred Grosser will speak on the anniversary of the Night of the Broken Glass -- not an uncontroversial choice.