In photos, Franco A. looks rather unremarkable. In one image, the dark-haired first lieutenant in gray uniform even has a slightly mischievous look on his face. Next to him in the picture, which was taken in the French town of Illkirch, stands a class of schoolchildren. The Bundeswehr soldier is stationed there with a German-French brigade.

For investigators, the young man with parted hair and glasses represents both a puzzling and extremely dangerous case. On Wednesday morning, Germany's Federal Criminal Police Office (BKA) arrested him in the Bavarian town of Hammelburg. Concurrently, his quarters in France, his car and the apartment of his suspected accomplice in Offenbach were searched. The suspected accomplice, Mathias F., was also detained.

Prosecutors in Frankfurt have been investigating Franco A. since February 17 on suspicions he was planning a significant act of violence. It is thought that A., who was taking part in a hand-to-hand combat training course, may have been planning an attack in Germany.

The scenario laid out by investigators is alarming: Despite his rather ordinary appearance, Franco A. is suspected of being a staunch right-wing extremist, full of hate for foreigners and prone to violence. Furthermore, at the end of 2015, he established a secret identity as a Syrian refugee. One of the theories investigators are pursuing is that Franco A. had hoped to implicate refugees in the act of violence he was planning.

The story began at the end of January. A technician performing maintenance work at Vienna International Airport found a loaded 7.65 caliber pistol in a restroom duct and informed police. After examining the weapon, the officers decided to outfit the duct with an alarm so as to identify the person who came to retrieve the weapon from its hiding place.

The plan bore fruit on February 3 when Franco A. opened the duct and he was taken into temporary custody. Franco A. told police that he had found the weapon in a bush at the location of the January 20 officers' ball in Vienna. At the airport, he says, he suddenly realized that he wouldn't be able to take the pistol through security, which is why he hid it in the restroom.

Investigations undertaken following the discovery of the weapon revealed the soldier's strange double life, but they also cast light on the chaos that reigned at the height of the refugee crisis. The Austrians passed along Franco A.'s finger prints to the BKA, and before long the Germans found a match. But the match, oddly, was with a Syrian asylum-seeker.

At the end of 2015, Franco A. had adopted the alias David Benjamin and, in Bavaria, claimed to be a refugee. Although he speaks no Arabic and only broken French, he was registered -- as the Christian son of a fruit trader from Damascus. He said he had been born in 1988.

The files make clear the lengths Franco A. went to in developing his identity as a Syrian refugee. Shortly after he was registered, he applied for asylum and was granted just over 400 euros per month in benefits. He was even assigned a room at a group hostel. At the same time, he reported punctually for his military service -- and nobody noticed that anything was awry.

The BKA, though, received an additional interesting clue from Vienna: Investigators say that Austrian officials found files in Franco A.'s possession that clearly point to his right-wing extremist proclivities. That detail was enough to get prosecutors in Frankfurt involved. On Feb. 17, they opened an official investigation on suspicions that he was preparing a violent attack.

Nobody believed his story about accidentally finding the weapon and, in the weeks that followed, the soldier was put under intense surveillance. Telephone surveillance revealed that Franco A. was a staunch xenophobe: Investigators say that he exchanged virulently bigoted texts with other right-wing extremists on WhatsApp and heatedly ridiculed foreigners.

These exchanges led investigators to suspected accomplice Mathias F., who is likely an old friend of Franco A.'s from Offenbach. The two communicated often. A soldier in the army reserve in Vienna, who investigators had thought of as a witness until that point, was also part of the chat group. The homes of several chat group members were searched on Wednesday. Investigators ultimately reached the conclusion that the young men may have been doing more than just venting their hatred of foreigners. They could have been planning an attack.

Still, the BKA asked the Bundeswehr, as the German military is called, to allow Franco A. to continue serving so that they could surreptitiously monitor him. But the officer behaved unobtrusively. He only told a few of his comrades about the pistol found in Vienna and that it was becoming a problem for him.

Only months later did Franco A. again hear from the authorities: On April 19, members of MAD, Germany's military intelligence agency, interviewed him. But A. chose his answers carefully, according to investigators, hiding his right-wing extremist views and repeating his story of how he found the firearm in Vienna.

Investigators still have to find out what exactly Franco A. was planning. Thus far he has remained silent. In their search of Mathias F.'s home in Offenbach, officials say they found ammunition, hand grenades and a small quantity of explosives. But it is still unclear what role he played. He says that Franco A. gave him the weapon that he had found and that he didn't think anything of it.

Prosecutors have been reticent about providing concrete details and a spokeswoman said on Thursday that investigators have found no clearly developed plans for an attack, though she added that the case includes a number of perplexing elements. Franco A.'s conspiratorial behavior has no doubt fueled suspicions that he has something to hide.

The German military must now provide an explanation for how the first lieutenant's right-wing convictions could have gone undiscovered for so long. And how Franco A. was able to conceal for more than a year that he regularly traveled to Bavaria to maintain his fake refugee identity.

Fears that a Bundeswehr soldier could commit an attack are not new. Thus far, though, the concern had been that an Islamist might infiltrate the military and then use his new skills in an act of terrorist violence. Indeed, this summer MAD will be introducing a new security check for all incoming recruits in the hopes of closing potential security holes.

Whether such a check might have weeded out Franco A. is doubtful. 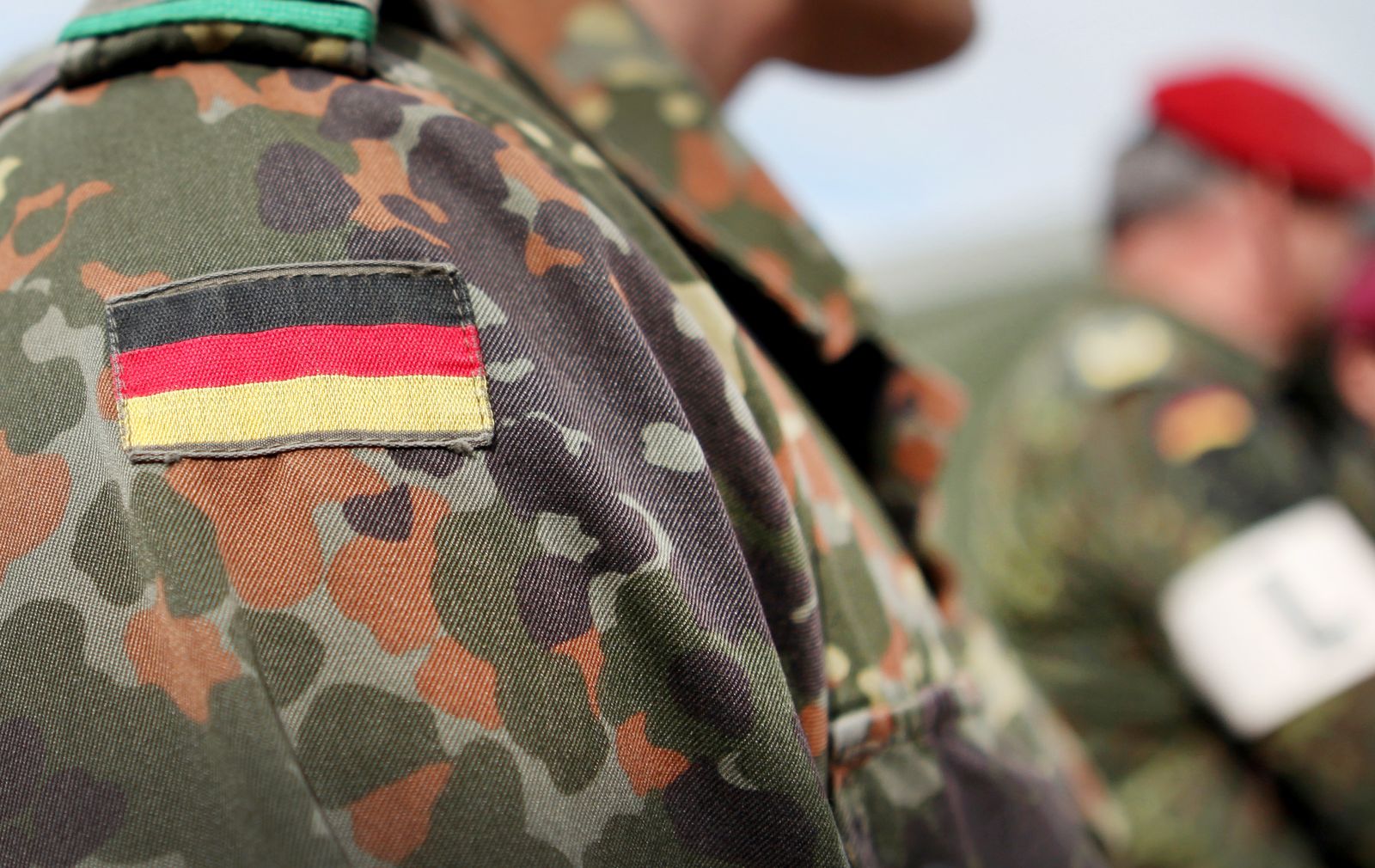