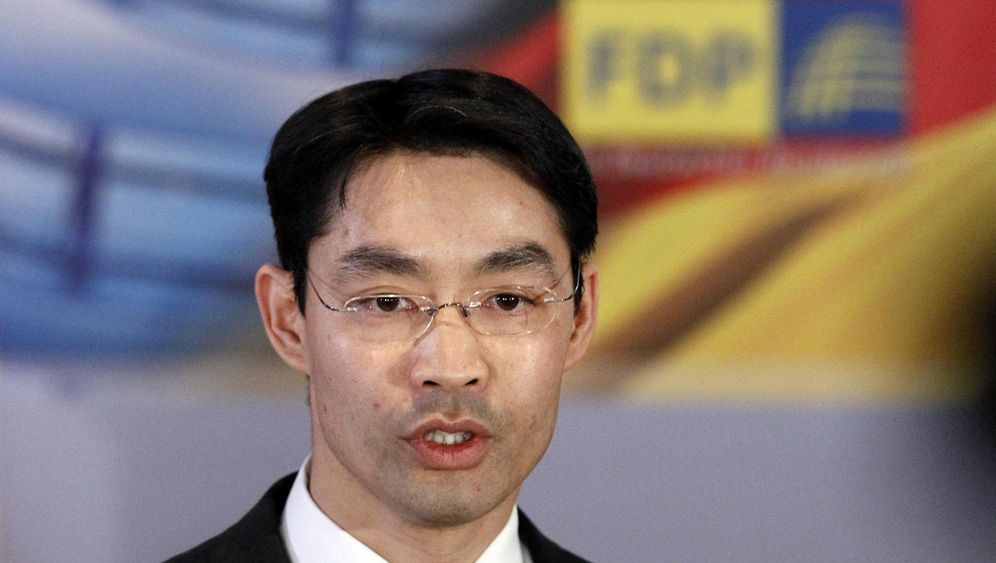 He once trained to become a combat medic in the Bundeswehr. But Philipp Rösler, the incoming leader of Germany's business-friendly Free Democratic Party (FDP), will face an even tougher job in trying to give his struggling party some emergency first aid.

The party is undergoing a radical reshuffle on Tuesday as part of efforts to get the FDP back on track. The 38-year-old Rösler will move from his current role as health minister to replace his party colleague Rainer Brüderle as German economy minister. Brüderle, meanwhile, has reportedly agreed to take on the lower-profile job of FDP floor leader in the German parliament.

The shake-up comes in the aftermath of disastrous results for the FDP in recent state elections. The liberals, currently the junior partner in the ruling German coalition government alongside Chancellor Angela Merkel's center-right Christian Democratic Union and their Bavarian sister party the Christian Social Union, have seen their long-held status as kingmakers and the country's third party disappear, as the Greens have watched their own popularity soar.

The fallout amongst the FDP's higher echelons has been extensive, with Guido Westerwelle stepping down as leader after 10 years, and Brüderle finding his position untenable. He was set to be chosen as the leader of the party's parliamentary group at a meeting on Tuesday afternoon, a lesser post than the cabinet-level position of economy minister. He will replace current floor leader Birgit Homburger, who has also come under massive pressure over the liberals' recent misfortunes.

Westerwelle, who has expressed his intention to carry on as foreign minister and vice chancellor, has been the focus for much of the blame amongst FDP supporters for the party's awful performances at the polls. Deputy Health Minister Daniel Bahr, meanwhile, has been touted as a successor to Rösler in the ministry's top job.

The FDP's heavy defeats in state elections in Baden-Württemberg, Rhineland-Palatinate and Saxony-Anhalt forced the parliamentary group vote to be brought forward from the autumn. It has caused headaches not only amongst the FDP themselves but also for Chancellor Merkel. She has seen her cabinet forced into yet another reshuffle, after the one which followed the resignation of rising star Karl-Theodor zu Guttenberg in a plagiarism scandal earlier this year.

Merkel's authority has also been brought into question over the government's about-face on nuclear power following the Fukushima disaster in Japan, as well as her party's disappointing performances in the state elections. The CDU lost control of Baden-Württemberg after 58 years in power. Merkel will be hoping the upheaval in the FDP will halt the party's apparent downward spiral in popularity, leaving the coalition enough time to recover ground with the electorate ahead of federal elections in 2013.

'We Can Continue with Our Work'

And, outwardly at least, the chancellor seems optimistic about the continued viability of the ruling coalition. The FDP has ensured a rapid clarification of the personnel issues, "so I believe that we can continue with our work," Merkel said in an interview with the Association of the Foreign Press in Germany (VAP) in Berlin on Tuesday. She also said the FDP's decision to move the parliamentary group leadership vote up from the fall was "a very helpful approach."

But the reshuffle is unlikely to completely shed the black clouds currently hanging over the FDP. There are doubts that Rösler will be able to lead the party's recovery without a complete change of tack, both in policy and in terms of personnel. With the likes of Westerwelle and Brüderle determined to hang on, the fresh new look being given to the FDP may not be that fresh after all.

There have also been doubts in the CDU and CSU about whether Rösler is the right man for the job. Skepticism abounds amongst conservative politicians, as seen at a meeting of regional CDU leaders at the Chancellery in April.

"It would be much easier if the shake-up at the FDP were more comprehensive," said one of Merkel's aides quoted by SPIEGEL, referring to the change in leadership. One CDU state party chairman put it even more bluntly: "Isn't Rösler too weak and nice to be party chairman?"

Incoming FDP leader Philipp Rösler has a battle on his hands to get the party back on track after a disastrous few months.