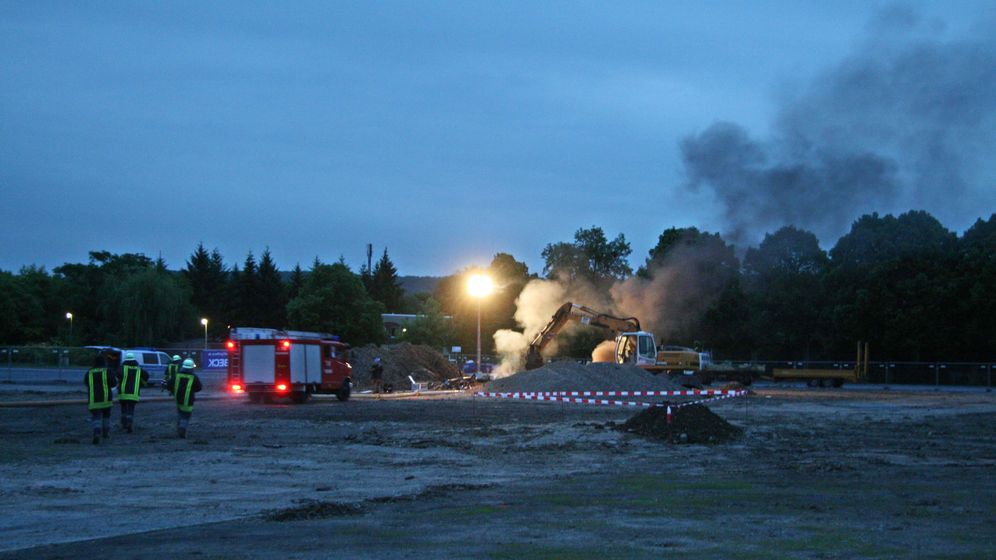 Three members of a bomb disposal team were killed in the central German city of Göttingen on Tuesday night while they were preparing to defuse a World War II bomb found on a construction site, police said.

Two people were seriously injured and four received slight injuries in the explosion which happened just as the surrounding area was being evacuated. All the casualties belonged to the 13-man bomb disposal team. Police are investigating what caused the explosion. Reports said it went off before the specialists had begun trying to defuse it.

The explosion hurled deadly shrapnel for hundreds of meters but no one else was hurt because the area had been evacuated.

"The bomb exploded at 9:36 p.m. while the disposal was being prepared. We have to investigate what preparatory actions were taking place at the time," the president of the Göttingen police, Robert Kruse, told a news conference on Wednesday.

"The men who died were highly experienced specialists in defusing unexploded bombs from World War II," Kruse said. They were aged 38, 52 and 55 and had been doing their dangerous work for decades.

Barely a week goes by in Germany without unexploded bombs from World War II being discovered on building sites, but deaths are rare. The 500 kilogram bomb was of a particularly dangerous type because it had a delay-action chemical fuse, which can make it highly unstable.

But as bomb disposal operations are so routine in Germany, no one had been expecting any problems with this one, found lying in the ground at a depth of seven meters.

"We have lost three experienced bomb disposal experts and we mourn them," the interior minister of the state of Lower Saxony, Uwe Schünemann said. "They had been in the job for 20 to 30 years and had removed between 600 and 700 bombs. Their work protected the population."

"Everything had been going great and the specialists from the munitions removal team had seemed satisfied ," Detlef Johannson, a spokesman for the city administration, told German media. He said he had heard an explosion at 9:30 p.m.. "After two minutes it was clear that something terrible had happened."

The city had been evacuating some 7,200 people living within one kilometer of the bomb, which was discovered on a construction site for a new sports arena. A similar bomb was detected and safely defused at the same site last Thursday, and media reports said a third unexploded bomb had been found.

Germany was first to attack civilian targets with aerial bombardments during World War II. In response, the Allies waged a five-year strategic air offensive during which they dropped 1.9 million tons of bombs to destroy Germany's industry and crush public morale. The raids on Germany killed an estimated 500,000 people.

Most estimates for the percentage of unexploded bombs range from 5 to 15 percent -- or between 95,000 and 285,000 tons. As Germany hastily rebuilt its cities after the war, authorities didn't have the time or the means to locate and dispose of a large part of that tonnage.

As a result, more than 2,000 tons of American and British aerial bombs and all kinds of munitions ranging from German hand grenades and anti-tank mines to Russian artillery shells are recovered each year in Germany.

Most of the bombs are found in an around big cities and industrial towns that bore the brunt of the bombardment -- including Berlin, Hamburg, Cologne, Dresden, Frankfurt and many others.