In a tensely anticipated judgement, the German Federal Constitutional Court moved on Wednesday morning to reject several legal complaints that had been filed against Germany's participation in massive efforts to prop up the European common currency.

The court said that the billions in aid provided by Germany in capital and guarantees to highly indebted partner countries in the European Union to shore up the euro had been constitutional. At the same time, the court stipulated that the German federal parliament, the Bundestag, needs to be given a greater say in future bailout measures.

Presiding Judge Andreas Vosskuhle said the verdict "should not be misinterpreted as a constitutional blank check for further rescue packages."

The judges ruled that aid package resolutions cannot be automatic and may not infringe on the decision-making rights of parliament. Aid packages have to be clearly defined, and members of parliament must be given the opportunity to review the aid and also stop it if needed, the ruling said. "The government is obligated in the cases of large expenditures to get the approval of the parliamentary budget committee," Vosskuhle said. The court said that check and balance was needed to ensure parliament retained its sovereignty over the budget, which it described as a "fundamental element" of democratic self-determination.

In May 2010, the Bundestag voted to provide financial aid to Greece to prevent it from insolvency and to approve the €440 billion ($620 billion) European Financial Stability Facility, with €147 billion in loan guarantees. Germany's highest court ruled that the parliamentary criteria had been adhered to when the government agreed to those bailout measures. The court said the Bundestag had not ceded any of its authority in budget decision-making with its approval of the legislation. Plaintiffs in the anti-bailout lawsuits had argued that the bailout packages, each measuring tens of billions of euros in size, placed extreme pressure on the Bundestag's budget planning and its ability to determine government spending.

But the legislation, the German Financial Stability Law, the justices said, clearly determined the scope and purpose of the aid and also a foreseeable period of time in which that help would be provided. A further condition placed by the court is that the aid be mutually agreed by the European Union member states -- a provision that would ensure the German government preserves its sovereign power in decision-making.

The court also rejected the argument by the plaintiffs that the bailout packages, because of their sheer size, threatened to inhibit the state's capacity to act. The amount of debt Germany is capable of carrying, the court stated, is a decision to be made by legislators, "and the Federal Constitutional Court must respect that." The court cannot "place its own professional competence in the place of that of the lawmakers," the ruling stated.

In their ruling, the judges responded to three suits which had been filed in the past year against the bailout measures for Greece, which many Germans oppose. The plaintiffs are well-known euroskeptics including constitutional law professor Karl Albrecht Schachtsschneider and Peter Gauweiler, a member of parliament for the conservative Christian Social Union, the sister party to Chancellor Angela Merkel's Christian Democratic Union. The critics had argued that the bailouts violated parliament's right to control the spending of taxpayer money.

Markets reacted positively to the ruling, with Germany's DAX index of blue-chip companies temporarily rising by as much as 3 percent. 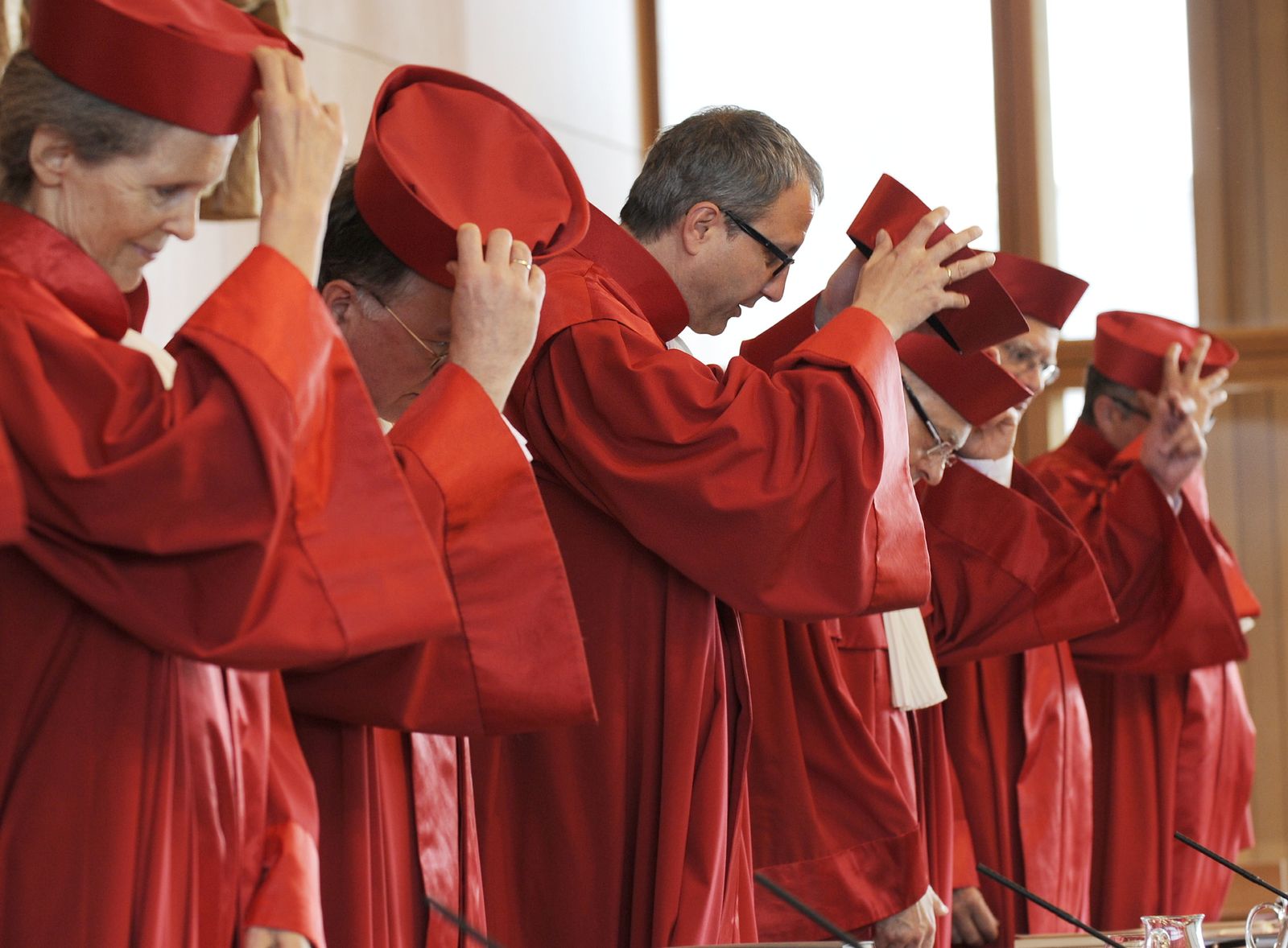