It is every parent's worst nightmare. Their teenager's naïve Facebook posting about a birthday bash attracts hundreds, or even thousands, of revelers and leaves a costly trail of destruction. A recent spate of out-of-control Facebook parties has left German officials fretting about how to deal with the trend.

Over the weekend, Uwe Schünemann, Lower Saxony's interior minister and a member of Chancellor Angela Merkel's conservative Christian Democratic Union (CDU) party, told the Welt am Sonntag newspaper that a ban should be imposed on gatherings which "threaten public security and order."

His Bavarian counterpart Joachim Herrmann stressed that officials should have the power to halt a party before uninvited "party guests" turn up to vandalize or riot.

The comments come on the heels of a string of Facebook parties in Germany which have gone awry. In early June, a girl in Hamburg posted information about her 16th birthday party on Facebook, inadvertantly making the invite accessible to all users of the social networking site. In response more than 1,500 people turned up from Hamburg and elsewhere in Germany. More than 100 police were sent to the scene, arresting 11 people on charges including assault and property damage.

No Justification for a General Ban

During a single holiday weekend in June, police stopped several Facebook parties across Germany. Soon afterwards, police detained 41 people at an impromptu party in the town of Wuppertal after 16 party-goers were injured.

But other politicians doubt the wisdom of criminalizing the controversial gatherings. "The simple fact that excesses happen on the sidelines of such events does not justify a general ban," argued Wolfgang Bosbach, the chairman of the domestic affairs committee in parliament, told the daily Kölner Stadt Anzeiger.

He said that "one-off" bans could be imposed on parties where there is a clear risk of escalating violence or criminal activity. However, he pointed out it would be hard for authorities to predict which Facebook parties would escalate into criminal activity. "There are also riots on the sidelines of football games and demonstrations but that does not mean that we should completely ban them," he said.

It would be inappropriate for the country to categorize all Facebook party organizers as troublemakers, he warned.

Rather than arguing about a ban, authorities should do more to warn young people about the potential dangers of posting party invitations online, according to Dieter Wiefelspütz, a domestic affairs expert with the opposition center-left Social Democrats (SPD). "A blanket ban is far too generalized," he said. 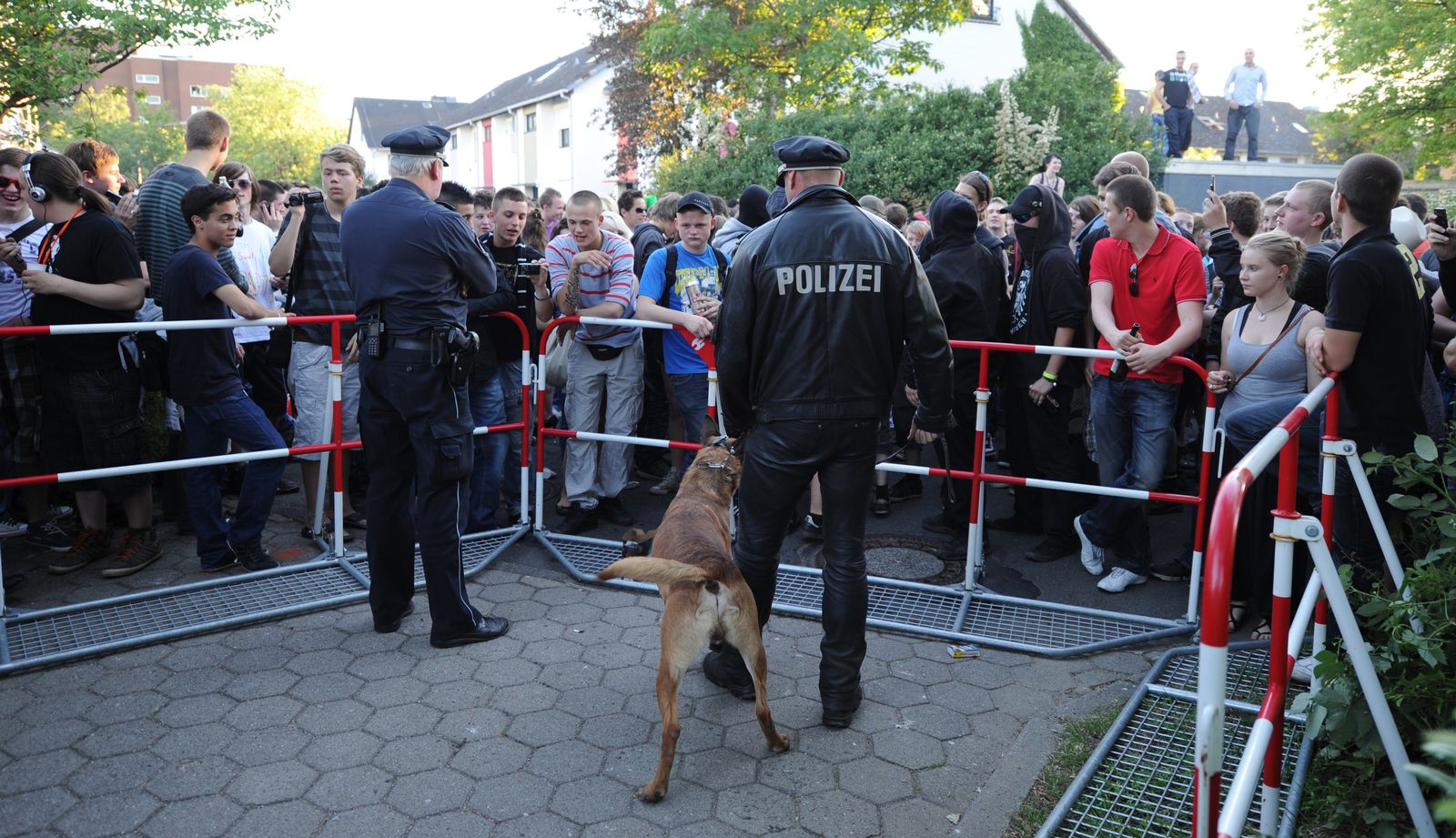 The party is over: More than 1,500 uninvited guests flock to a girl's 16th birthday bash in Hamburg after she made it public on Facebook.