Germany's Central Bank doesn't want him either. Just days after the Social Democrats announced that they would pursue an effort to throw Thilo Sarrazin, a former finance minister for the party in the government of the city-state of Berlin, out of the party, the Bundesbank announced on Thursday that it has sent a formal request to German President Christian Wulff to remove Sarrazin from his position on the bank's board.

"The executive board of the Deutsche Bundesbank today took a unanimous decision to submit to the federal president an application for the dismissal of Dr. Thilo Sarrazin from the executive board," reads a brief statement on the bank's website.

The move comes just a day after Wulff had pressured the Central Bank to take action against Sarrazin. "I believe that there is much the executive board of the Bundesbank can do to ensure that the debate doesn't harm Germany -- particularly internationally."

The debate in question is that over Sarrazin's new book, published on Monday, in which he claims that Muslim immigrants to Germany have harmed the country's prosperity more than they have helped it. Furthermore, he wrote that Muslim immigrants would prefer to be on welfare than to work and that, due to what he claims to be higher fertility rates among Muslim immigrants, their rising share of the population is resulting in a reduction of Germany's collective IQ. In a separate interview, Sarrazin also said that Jews share a specific gene.

Sarrazin was named to the Bundesbank board in May of 2009 following a seven-year stint as the man in charge of finances for the city-state of Berlin. During his time in the Berlin government, Sarrazin repeatedly raised hackles for his provocative comments, mostly with respect to German welfare recipients. He also made headlines for calling civil servants "pale and foul smelling" and students "assholes."

More recently, however, he has shifted his attention to immigrants -- with a particular emphasis on Muslims. In an interview with the culture magazine Lettre International last autumn, he said that Muslim immigrants are incapable of integrating into German society and that they "constantly produce little girls in headscarves." he also said that "a large number of Arabs and Turks in (Berlin) ... have no productive function other than in the fruit and vegetable trade."

Following the fury generated by those comments, the Bundesbank punished Sarrazin by taking important responsibilities away from him. An SPD effort to throw him out of the party due to that interview failed this spring.

All Bundesbank executive board members are required to sign a code of conduct agreement which requires that they "at all times behave in a way that maintains and furthers the reputation of, and the public's trust in, the Bundesbank."

Positions on the board are filled by way of political appointment. All appointments are approved by the German president. In the 50-year history of the Bundesbank, however, nobody has ever been fired from a position on the bank's executive board. Indeed, the legal framework for such a firing is far from established, and even government lawyers are unclear as to how Sarrazin's removal might proceed.

German President Wulff has not indicated when he will reach a decision. A spokesman for Chancellor Angela Merkel said on Thursday that "the chancellor has great respect for the independent decision of the Bundesbank's executive board." 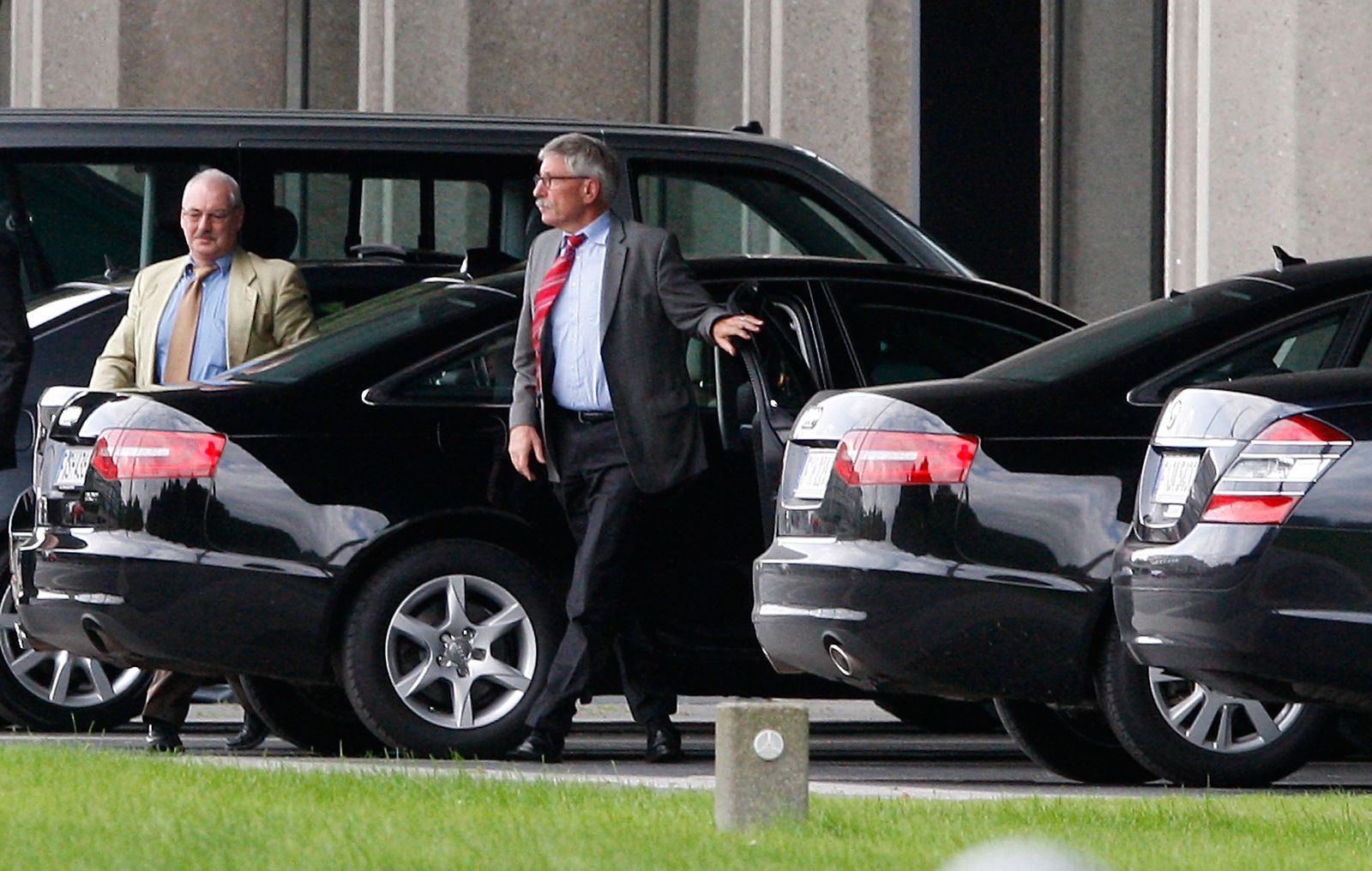 Thilo Sarrazin arrives to work at the Bundesbank in Frankfurt on Thursday morning.