At the time al-Qaida attacked the Twin Towers in New York and the Pentagon in Washington on Sept. 11, 2001, Fritz Gelowicz was still opposed to the act of terror. But a little over a year later, the young man from southern Germany, who converted to Islam at the age of 16, was already determined to "someday take part in the jihad." He says he was motivated by the United States' "unconditional support" for Israel. Gelowicz felt there was "a war by the USA against Islam." 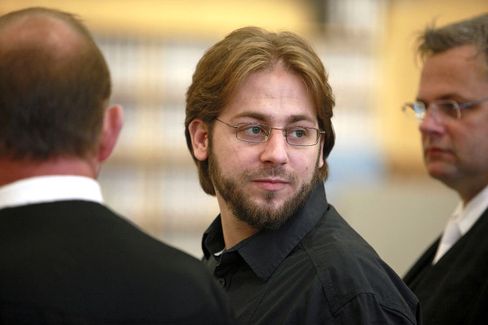 Terror suspect Fritz Gelowicz gets his day in court: "We didn't want to kill two or three US soldiers, but rather many."

Gelowicz, 29, has been sitting in the dock since June as the main defendant in the so-called "Sauerland Cell" trial against four homegrown German jihadists who are accused of planning a series of bomb attacks in Germany in the fall of 2007.

Authorities arrested the men in September 2007 in the town of Medebach-Oberschledorn in the Sauerland region of western German after uncovering the terror plot. At the time, prosecutors claim three of the defendants were trying to convert hydrogen peroxide into explosive material in a rented vacation home. Gelowicz has already hinted that the men were planning to carry out an attack at the start of October, around the time Germany's parliament was set to vote on an extension of the mandate of the military's deployment in Afghanistan.

The four accused -- Gelowicz, Daniel Schneider, Adem Yilmaz and Atilla Selek -- have already confessed. The testimony they gave to officials at the Federal Criminal Police Office (BKA) in June, July and August fills more than 1,100 pages. On Monday, the men began to testify publicly on the stand in their trial at a higher regional court in Düsseldorf.

It's the first time that all the members of a terror cell have revealed their inner workings. Investigators have never before been given such comprehensive information about the creation of a terror plot, training in terror camps in Pakistan's Waziristan region or the obscure Islamic Jihad Union (IJU), the Uzbek terror group on whose behalf Gelowicz and his accomplices were apparently acting. That the suspects have been so open probably has to do with the fact that they have been given the prospect of lighter sentences if they cooperate. Generally, investigators have been astonished by their openness.

'We Wanted to Kill Many'

The confessions have also shed light on another aspect of the case: the suspects' unconditional hatred of the US. Although they wanted to strike in Europe, their main intended targets were American soldiers. "We didn't want to kill two or three soldiers, but rather many," Gelowicz told the court on Monday.

Gelowicz gave particularly vivid testimony to the BKA about how he quickly got the feeling after 9/11 that the US was waging a war against Islam -- and that this was happening in his own backyard. He told investigators he felt that the war on terror had come within just meters' reach of him in 2004. He described a man who used to sit with his children inside a Muslim prayer room that Gelowicz frequented in his hometown, the Bavarian city of Neu-Ulm, noting that one day the man vanished. Gelowicz later learned from a friend that the man had been kidnapped by the CIA.

It turns out that the story was true. The man he spoke of was Khaled el-Masri, a German-Lebanese man who had been kidnapped by the US intelligence service in Macedonia in late December 2003 and taken to Afghanistan. There, he was detained and interrogated for five months before the case was found to be one of mistaken identity.

Adem Yilmaz also told the BKA that it had mainly been the excesses in the US "war against terror" that had pushed him to take the path to militancy. An attack against US soldiers in Germany, he said, would be "targeted retaliation." He added that the actions "would please detainees in Iraq, Afghanistan and also at Guantanamo. That was the most important thing to me." The attacks were also intended as a protest against what "these pigs" were doing to innocent people in places like Abu Ghraib prison in Iraq. Yilmaz called it a "defensive jihad."

Interestingly, the four defendants didn't start out with the intention of committing terrorist attacks. On the contrary, Gelowicz and Yilmaz claimed they initially wanted to go to the front as fighters, preferably in Iraq. However, they were not successful in their attempt to make contact with the appropriate middlemen during a stay in the Syrian capital of Damascus.

Then they considered going to Chechnya, where Islamist insurgents are active, but that plan also came to nothing. Finally they came into contact with an IJU member who was able to get them to Waziristan, where they received training near the town of Mir Ali. Even there, so they allegedly told the IJU, they wanted to take part in active fighting.

But then the leaders of the terrorist group suggested that they return to Europe in order to carry out terror attacks. Yilmaz and Gelowicz both say, in mutually corroborating testimony, that they were initially reluctant. But then they agreed to the plan.

Gelowicz told the BKA that the IJU's argument that an attack in Europe would be of "more use to the jihad" convinced him. After all, the IJU told him, it was easier to fight US soldiers in Germany than in Pakistan. Finally persuaded by the argument, Gelowicz came to conclusion that one could wreak "great damage" in Germany with a relatively small operation. In Germany, he said, it was even possible to meet US soldiers "in their free time." He stressed that he didn't need to be "brainwashed" in order to accept the mission.

Gelowicz was able to experience at first hand just how difficult it was to fight the US Army in Afghanistan. Before his return to Germany, he spent about four weeks with the IJU on the Pakistani-Afghan border. Several times he crossed over the border to carry out reconnaissance of a US base in Afghanistan, but the IJU fighters were not able to lure the American soldiers out of their stronghold. Gelowicz told the court on Monday that for every successful attack on US soldiers, he estimated there were 10 failed ones -- and even then all that had been achieved was to "destroy one of the Americans' cars."

In the coming weeks, the defendants will undoubtedly have to tell the court in greater detail about the targets they had in mind. So far, it is clear that they were planning to attack nightclubs and bars frequented by US soldiers. They also discussed Ramstein air base as a possible target. In addition, the defendants wanted to send a signal both to the German population and to the Uzbek government, but Gelowicz made it sound as though there was no specific intention to kill German civilians.

The alleged terror cell did, however, want to kill US soldiers. They were the main enemy -- regardless whether they were in Afghanistan or in Germany.